Home News Netflix’s ‘Glass Onion’ Plays Out in the Home of a ‘Clichéd Collector.’... 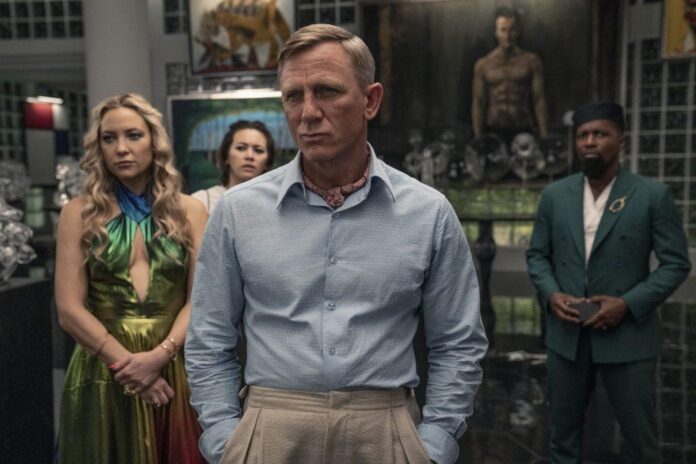 “I can handle the Matisse in the bathroom…” says Daniel Craig’s character, detective Benoit Blanc, in Glass Onion: A Knives Out Mystery, which will stream on Netflix from December 23. He’s referring to Matisse’s Icarus, Plate VIII From the Illustrated Book “Jazz” (1947), which its pompous billionaire owner Miles Bron, played by Edward Norton, has opted to display alongside the toilets in his onion-shaped home.

The painting’s less-than ideal location acts as a form of characterization, as “Miles’s wealth is so vast that he can put a Matisse where people relieve themselves,” the film’s concept artist James Carson told Artnet News. “The overriding purpose of production design is to support the story. The design of the grounds and the mansion, the artwork—everything about it was meant to convey ‘rich, selfish jerk.’” 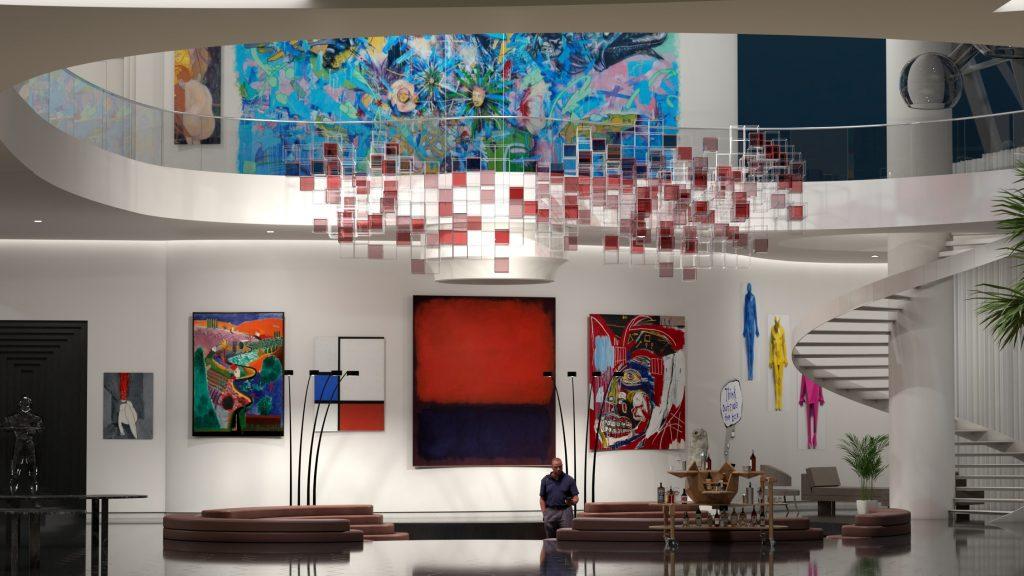 “It was important to have a variety of art, which, in the end, were artists that Miles could have Googled [using terms such as] ‘cool artists’ or ‘avant-garde artists,’” said Carson. “Some, like the Mona Lisa, he would be familiar with and had the wealth to acquire.”

Carson added that the main purpose of including more recent works of art, namely by 20th-century artists, “was primarily to have recognizable artists, yet works that have not been seen by the public before—supporting the story that Miles’s wealth can support the acquisition of never-seen art by famous artists.”

Production designer Rick Heinrichs chose the majority of the artists, with the goal of implementing a mix of “passion, anger and frustration in the art,” said Carson. This can be seen in the inclusion of works by Twombly and Basquiat, which are “hidden beside classics, like the Impressionists, [making] for the clichéd collector items.” 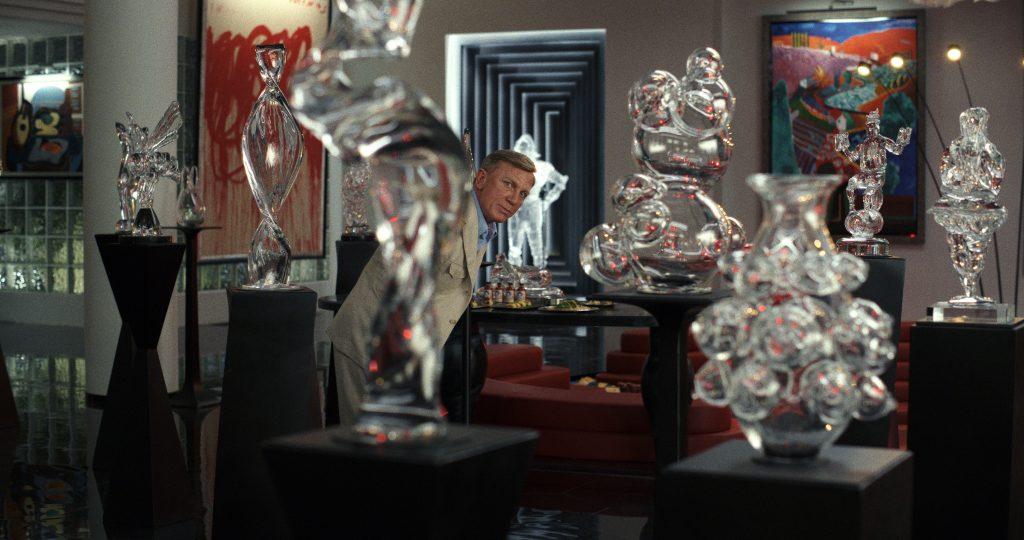 A still from . Photo courtesy Netflix.

Numerous art galleries and foundations, as well as owners of the original works of art, were involved in the recreation of Miles’ vast collection, given the rules and regulations that come with copyright protection.

Naturally, reproducing notable works of art in an accurate way was an impressive feat in and of itself. The film’s lead graphic art director, Carol Kupisz, “worked closely with each artwork’s [corresponding] institution to correctly replicate that work,” said senior art director Su Whitaker.

NDAs were sent to a number of printing companies across the globe, as they were granted access to the script of the film, in order “to see the context and usage” of the artworks, explained Whitaker.

These printing companies subsequently utilized certain materials that make for the most accurate of duplicates, imitating the texture, canvas, and finish of the original works of art. The replicas contained “hidden features that denoted ‘copy’” as Whitaker and her team didn’t “want to get in trouble with the art world for producing forgeries.” Adobe Photoshop was also used in the recreation process.

Fitting for a “selfish jerk,” Bron’s art trove additionally includes a number of portraits of the billionaire himself, produced especially for the production. A somber painting of a shirtless Bron, created by Carson and Heinrichs, hangs pride-of-place in the man’s den, alongside a group of glass sculptures. A Warhol-esque silkscreen series featuring nine portraits of Miles, à la Marilyn Monroe, Elizabeth Taylor, et al, was also made. Ultimately, though, this piece did not make the final cut.