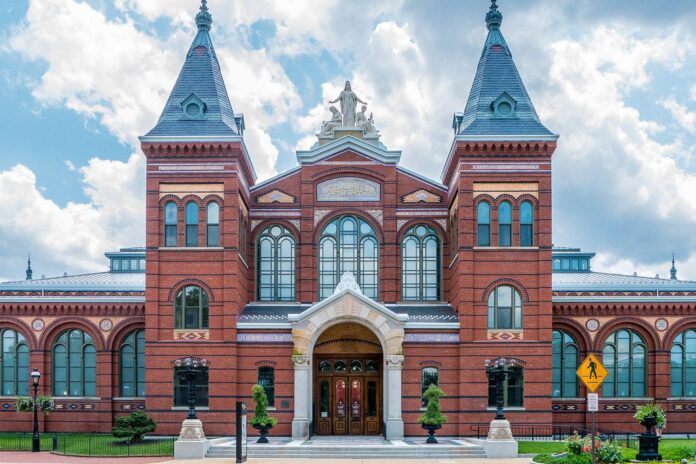 The Smithsonian Institution’s search for sites to realise two long-awaited museums in Washington, DC—the National Museum of the American Latino and the Smithsonian American Women’s History Museum—has been narrowed to four potential locations, down from the 14 locations it had identified as “tier one” sites in March this year.

The four locations include the “Northwest Capitol site”, an undeveloped plot located north of the Capitol reflecting pool; the “South Monument site”, an undeveloped plot of land across the National Mall from the Smithsonian’s most recently completed museum, the National Museum of African American History and Culture; the “Tidal Basin site”, another piece of undeveloped land overseen by the National Park Service; and the Smithsonian’s Arts and Industries Building, which was used most recently to temporarily host the tech-centred Futures exhition.

The search for appropriate sites for the museums follows decades-long campaigning for their construction, which Congress approved in December 2020. The legislation requires that the Smithsonian select the two final locations by December 2022, a decision that will be reviewed in collaboration with the Baltimore-based architecture and engineering firm Ayers Saint Gross.

The site selection process itself has been complicated primarily due to the prestige placed on each museum’s proximity to the National Mall, and the scarcity of acreage along the coveted two-mile promenade from the Lincoln Memorial to the US Capitol.

“Selection of a site is one of the most consequential decisions for a museum,” the Smithsonian secretary Lonnie Bunch said in a statement. “It is important that the steps we take ensure a transparent, inclusive and thorough process.”

Advisory committees for both museums are basing site criteria on the prominence of the location on the National Mall; proximity to the National Mall and other Smithsonian museums; the preservation of key sightlines; significance to constituent groups; cost of site preparation; existing site conditions; acquisition potential; and the potential for “architectural expression”.

The museums will be realised with an even split of funds provided by the federal government and private sources. Projections related to budgeting have not been disclosed but are expected to surpass the $540m designated to the National Museum of African American History and Culture, another long-anticipated institution that opened in 2016, more than a decade after it was approved by Congress.