Home News The gossip from the Venice Biennale: Tinie Tempah takes on Tintoretto and... 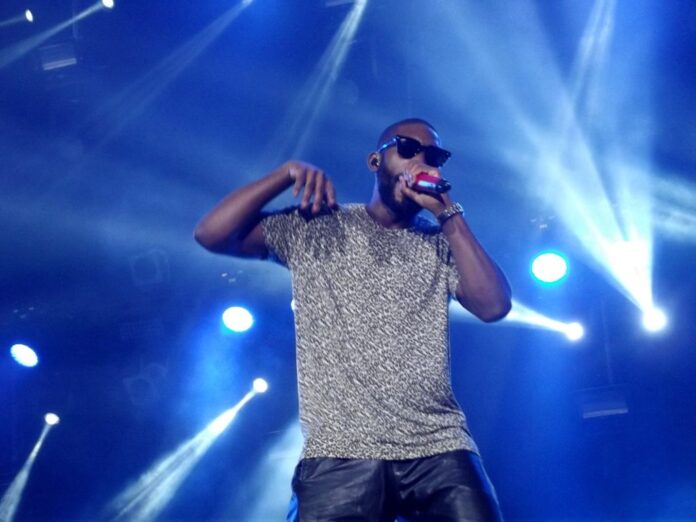 One of the glitziest events held this week took place at the Scuola Grande di San Rocco, one of the most beautiful buildings in Venice. The Ukraine’s people and culture benefit event, organised by Simon de Pury, was attended by the crème de la crème of art and showbiz—including the patron Francesca Thyssen-Bornemisza and the UK rapper Tinie Tempah—who were keen to shell out in support of Ukraine’s citizens in the wake of the Russian invasion. The auction raised €1.2m in total with star lots on the menu including a major work by Louise Nevelson (Untitled, 1980), which sold for €60,000 to the Maxxi Museum in Rome. “Our collection will be enriched by the extraordinary work of the revolutionary Ukrainian-born artist. One of her iconic collages will enter the Maxxi public collection,” said Giovanna Melandri, the Maxxi foundation president. However, the biggest draw of the evening was the vast Crucifixion (1565) fresco by Tintoretto hanging in the adjacent Sala dell’Albergo which kept enticing the moneyed bidders away from their food and drink.

Marco Fusinato’s performance piece in the Australian pavilion is a wild ride of post punk noise and flashing images that overwhelm the senses. But the pavilion’s title Desastres (disasters in Spanish; inspired by Goya’s famous suite of prints) was announced in a much quieter way—on the pages of a small Italian-language newspaper published in Australia. And the reason for announcing the news in Il Globo rather than a more mainstream newspaper or art publication? The artist’s mamma! Fusinato’s parents emigrated to Australia from northern Italy shortly after he was born, and the artist grew up in an Italian community in Melbourne where the newspaper was always around. According to the pavilion’s curator Alexie Glass-Kantor, Fusinato was keen for his mother to get the news first so they took out two adverts in the newspaper. And what did mamma have to say about her son’s biggest art achievement to date? Apparently that he needed to make the lettering on the advert bigger as she missed it.

Totes too many totes for Tate Modern supremo Frances Morris

The Art Newspaper hosted a talk in Venice about the art world’s green credentials with a panel including the artist Rana Begum and Dirk Boll, Christie’s EMEA deputy chairman of 20th and 21st century art. Rounding off the talk, the moderator Louisa Buck asked the panellists to give two concrete things that the art world can do now to fight climate change. There were some sensible suggestions about calculating carbon emissions and cutting back. When it came to Frances Morris, the director of Tate Moder, she suggested firstly that there should be no more concrete (the director implied that Tate Modern’s Blavatnik building, only completed in 2016, would not have been built today), while her second recommendation railed against the art world’s number one addiction: “no more tote bags please!”. Indeed, this year’s Biennale has been as tote-laden as ever, including some from The Art Newspaper that had been handed out at the beginning of the talk, provoking nervous laughter in the room. (We hasten to add that they are ethically made, 100% compostable and printed with non-toxic inks).

On the menu: Norman is Normal

Eagle-eyed guests at the dinner celebrating artist Raqib Shaw’s heralded new show at the Palazzo della Memoria no doubt spotted a typo on the menu, which raised eyebrows (and titters). Nestled among the names listed on the food and drink selection was the following: “Curated by Sir Normal Rosenthal.” Sir Norman himself is no doubt tickled also by the slip-up.

Macron is on the money as a meme

The eyes of the world will be on France this Sunday when the second round of the Presidential election takes place, pitting Marine Le Pen against the present incumbent, Emmanuel Macron. But we like the art world take on this major political event courtesy of commentator Sam Keogh who has tweeted this comical take on Macron in his various outfits, linking each garb to an art world type. Vive la France!

After a Decade-Long Slide, the Chinese Art Market Is on the Upswing Again, Generating $7.4 Billion in Global Sales in 2021