Home News The Museum of the Bible Has Returned an Ancient Byzantine Manuscript to... 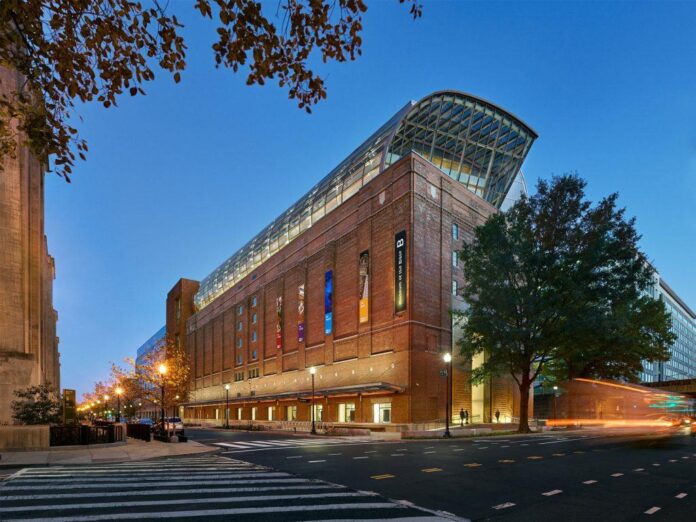 The Washington, D.C.-based Museum of the Bible handed over an ancient, handwritten gospel to the Greek Orthodox Church yesterday, the latest move in its ongoing effort to shore up its reputation after coming under intense scrutiny in recent years for acquiring illicit works.

The museum said it had officially transferred the more-than-1,000-year old object in a private New York ceremony, while it plans to participate in a formal return ceremony at the monastery on September 29. The gospel, which will be repatriated next month to the Kosinitza Monastery in Northern Greece, was acquired by the museum via an auction at Christie’s in 2011, according to spokeswoman for the museum.

“Following the discovery of its origins, Museum of the Bible informed Ecumenical Patriarch Bartholomew I, the world leader of the Eastern Orthodox Church, of its desire to return the manuscript,” the spokeswoman added in a statement. The museum was allowed to continue to display the manuscript, “one of the world’s oldest hand-lettered gospels,” and the Patriarch “also loaned the museum three more manuscripts as a gesture of gratitude for the gospel manuscript’s return,” she said.

The monastery had used the manuscript in its liturgical services for hundreds of years before it was stolen by Bulgarian forces in 1917, along with an estimated 400 other manuscripts, according to the museum.

“The Museum of the Bible hopes that other collections in the US that also possess manuscripts from the monastery will likewise voluntarily return them to their rightful home,” the statement added.

In recent years, the Bible museum has undertaken an extensive effort to investigate the provenance of its entire collection after early acquisitions by its founders, who are the owners of the Hobby Lobby chain of arts and crafts stores, were found to include thousands of items that had been looted from ancient Mesopotamia and Egypt.

Hobby Lobby paid $3 million in 2017 to settle claims with the U.S. government over not performing due diligence in its extensive antiquities acquisitions, which started around 2009.

In early 2021, for example, the museum revealed it had returned some 5,000 artifacts to the Egyptian government, after years of talks between agencies including the Department of Homeland Security and the Egyptian Ministry of Tourism and Antiquities. 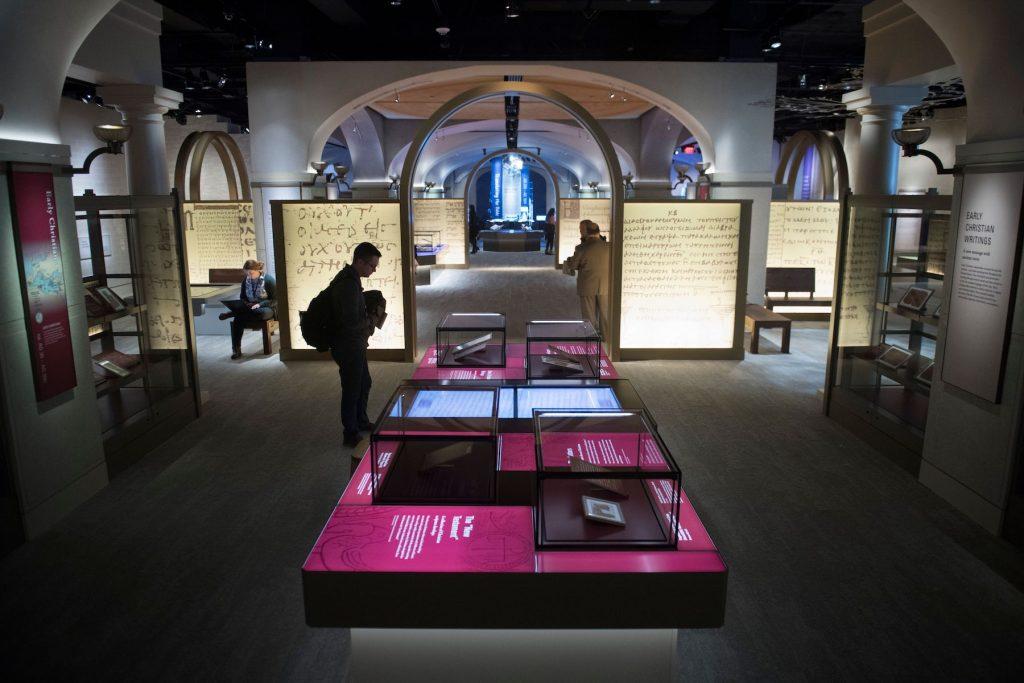 Visitors tour the History of the Bible exhibit during a media preview of the new Museum of the Bible, a museum dedicated to the history, narrative and impact of the Bible, in Washington, DC, November 14, 2017. (Photo by Saul Loeb/AFP via Getty Images.)

According to reports, for at least the past four years, the Hellenic American Leadership Council has been campaigning for the return of a number of stolen, rare Byzantine manuscripts to Greece.

The religious manuscripts have been scattered across the world and are housed in prestigious institutions, including Duke University, Princeton University and the Morgan Library in the U.S., according to a 2019 story in .

According to the , the Museum of the Bible’s website lists the manuscript’s history and provenance, or chain of ownership, from its creation in the late 10th or early 11th century, up to the 1917 looting and ensuing sales after the war ended, including the 2011 Christie’s auction.

Chief curatorial officer Jeffrey Kloha told the the antiquities marketplace has its own set of “challenges,” and that the museum had cut back dramatically on its purchases, and put in far more stringent requirements surrounding acquisitions.

“The procedures in place now are very, very tight. If we don’t have every detail filled in, it’s simply not considered,” he said. “The process is very different than it was 10 years ago.”