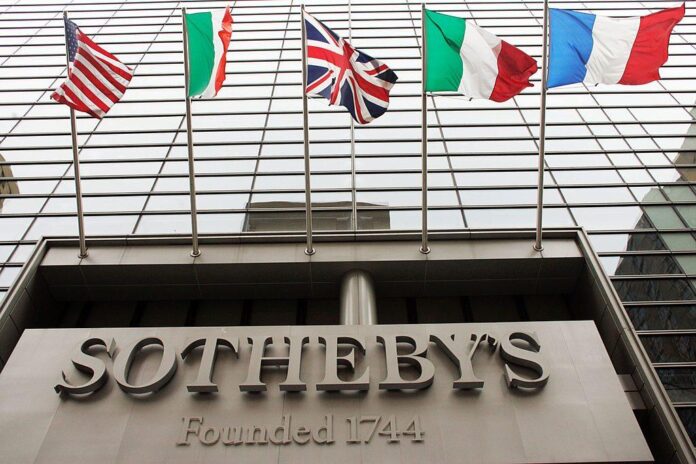 Sotheby’s is continuing to lock horns with the office of the New York Attorney General over what documents and other evidence it must produce for an ongoing lawsuit in New York State Supreme Court over the company’s alleged tax evasion.

Attorney General Letitia James’s office, which brought the lawsuit in late 2020 after a four-year investigation, is asking Sotheby’s for more documentation on high-level clients and specifically on the use of “resale” certificates, which help professional art dealers avoid paying New York sales tax on art they acquire in the course of business dealings.

Sotheby’s, which has already turned over requested documentation, is balking at the additional request, and frequently referred to the attorney general’s efforts as a “fishing expedition” in court filings.

Sotheby’s has made its own discovery requests focusing on audits conducted by the Department of Taxation and Finance during the years in question, 2008 to 2015, to demonstrate that those audits turned up no impropriety in the house’s accounting practices.

Neither Sotheby’s nor its attorneys responded to request for comment. A representative for the New York attorney general’s office said it does not comment on pending litigation.

The attorney general first filed the lawsuit in late 2020. Sotheby’s subsequently made an unsuccessful attempt to have the case dismissed.

According to court papers, on August 11, the attorney general asked Sotheby’s for “a list of 51 clients the state understands to be characterized as ’Level 1’ clients,” and to produce any New York resale certificates on file for the identified clients from January 1, 2008, through December 31, 2015.

The original complaint focused on a single client that Sotheby’s allegedly helped evade taxes by filing paperwork giving him benefits legally reserved for dealers, and not private collectors. Although the collector was unidentified in the lawsuit, the complaint said he maintains residences in and around New York, runs a shipping company, and has operated at times through a British Virgin Islands-based holding company identified as Portal Equities.

The identified the collector as Isaac Sultan, president of Atlantic Feeder Services USA LLC in Miami. Sultan is known for collecting Latin American and contemporary art, according to the .

Artnet News was unable to confirm the identity of the collector independently and he has not responded to repeated requests for comment.

In 2018, the attorney general’s office settled with the collector for $10.8 million in taxes, penalties, and damages under the New York False Claims Act, according to court papers.

At a more recent hearing at the state supreme court, on August 24, Law360, reported that the attorney general’s office “has uncovered evidence that a purported tax fraud scheme at Sotheby’s extended to a dozen clients of the international auction house.”

In other instances, the attorney general said, “Sotheby’s gave out resale certificates to customers who explicitly stated that the purchased art would hang on their own walls.”

The judge also cited other examples of alleged wrongdoing, Law360 reported, including that “the spouse of a Sotheby’s employee purchased a gift for her husband using a resale certificate.” He also noted that the court had received documents “indicating fraudulent use of resale certificates by at least 11 additional clients.”

Litigation over further discovery and the additional clients and audits will likely continue in the coming months.