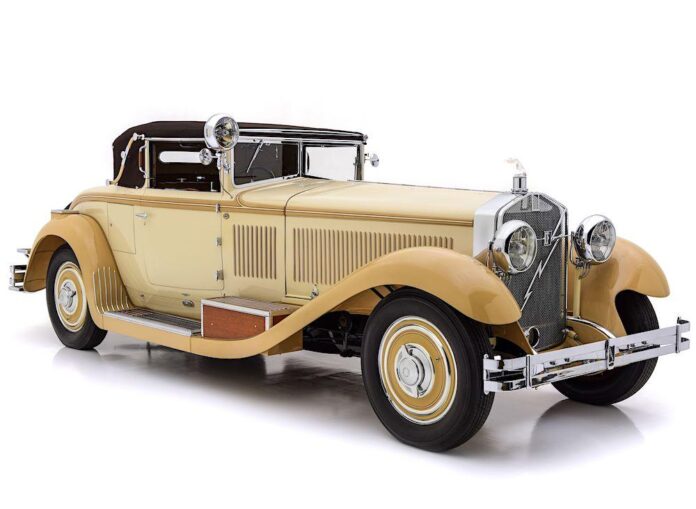 Widely regarded as the foremost art, antiques, and design fair in the United States, the annual Winter Show has returned to New York’s landmark Park Avenue Armory (January 20–29) in all its gleaming, glinting glory. Serious collectors and casual observers alike can browse the carefully curated booths of vetted works.

Last year, the Winter Show set up shop in the shell of the former Barney’s flagship on Madison Avenue—a clever, if temporary, move precipitated by pandemic concerns. For 2023, the New York fixture is back in the Armory’s vaulted vastness, where it has proffered historical treasures for 65 of the last 69 years. Once again, it aims to engage visitors with items spanning 5,000 years of human history, culled from galleries around the world—68 in all.

It’s an astounding array of works, ranging from vibrant contemporary ceramics and jewelry to gilded antiques and furniture of the more traditional variety, offering show-goers not only aesthetically appealing but historically significant art and objects through the centuries. 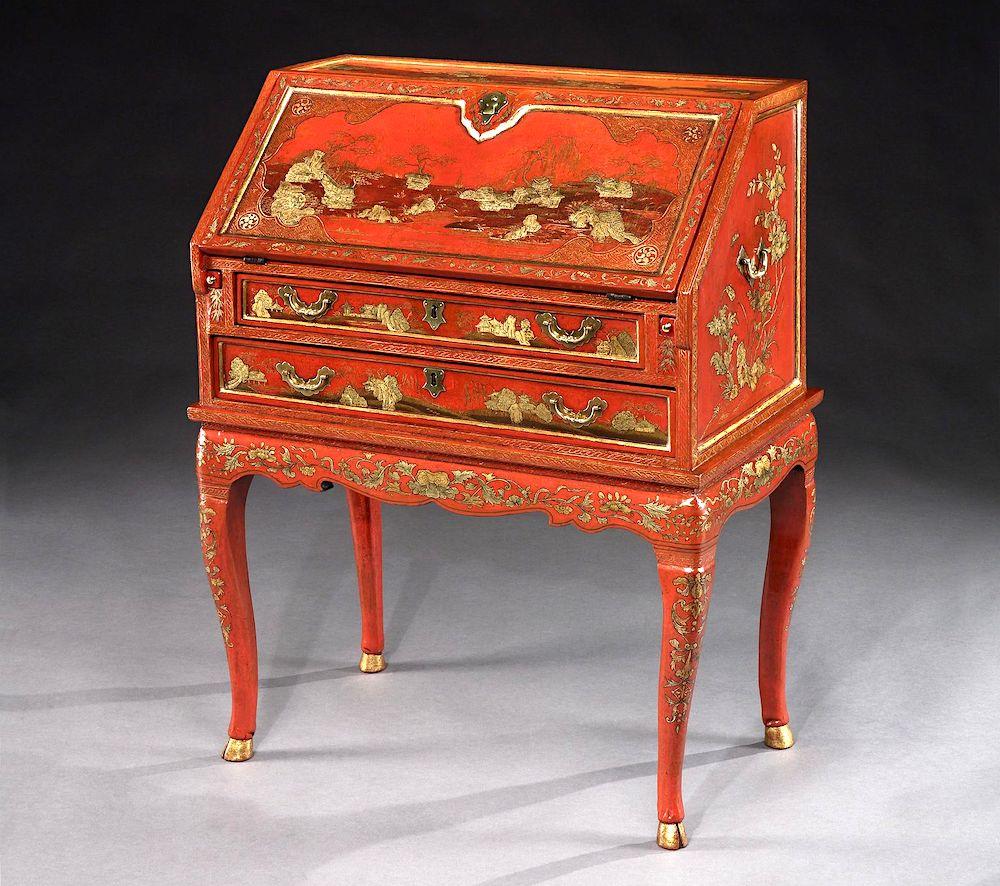 Every object on show is vetted to ensure the highest standards of authenticity and quality. “We have 120 experts in 30 fields, from antiquities and metalwork to European painting and textiles to 20th- and 21st-century design—to name just a few,” the fair’s executive director Helen Allen told Artnet News. The vetting committees change each year, she added, depending on the disciplines on display. “Our vettors are a combination of dealers, curators, restorers, and former auction-house specialists.” 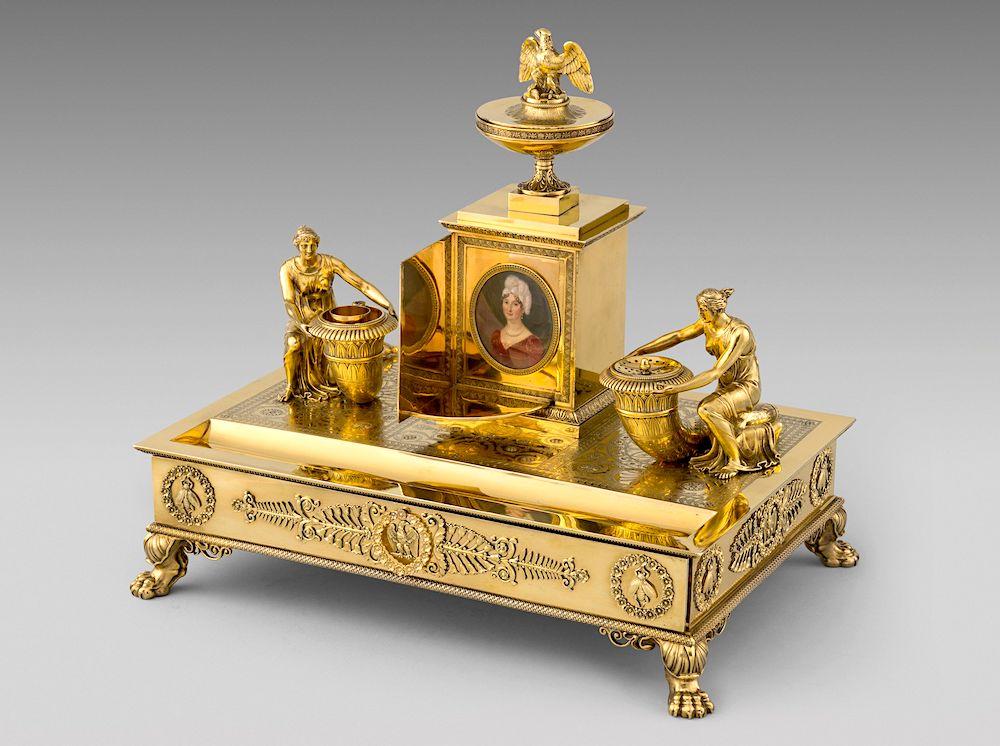 Asked whether she’s spotted any trends this year, either on the supply or demand side, Allen said, “There is definitely a big push to represent artists often overlooked in the contemporary market, and we are seeing a strong interest in this through focused presentations.” As an example, she pointed to exhibitor Robert Simon, who has curated an exhibition of works by women artists from the Renaissance through the 20th century.

Nestled in that presentation sits a small yet enthralling depiction of the Madonna and child by nun-artist Suor Plautilla Nelli, the earliest known woman Renaissance painter of 16th-century Florence. “Plautilla Nelli is a special interest of mine,” Simon told Artnet News, “having studied the artist since I was in graduate school and, rare as her paintings are, having had another about 15 years ago.” This one was acquired, he explained, after it recently emerged from a private collection in Tuscany, where it was thought to be an anonymous work. “But the style is unmistakably hers, and the attribution of the painting to Plautilla Nelli was confirmed by two scholars who have published on the artist.” 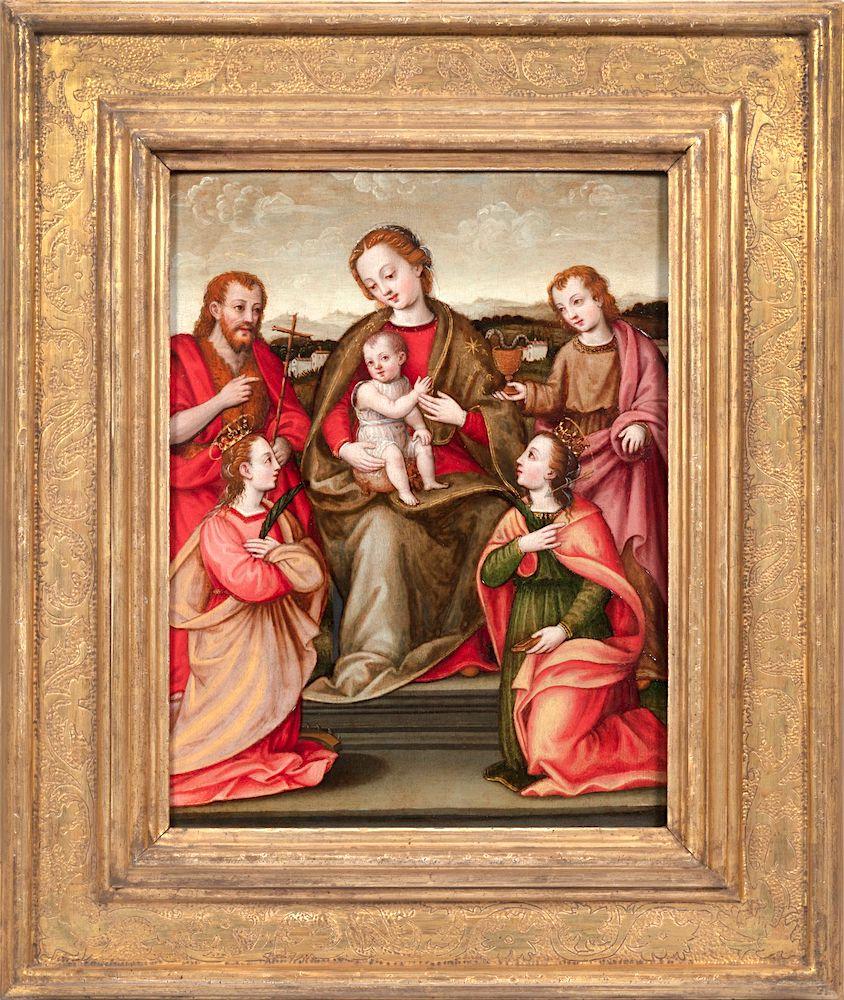 The 2023 edition brings 14 new exhibitors to the Winter Show. Among them, Eguiguren Arte de Hispanoamérica from Buenos Aires, Argentina, has displayed an impressive selection of antique Hispanic American art and equestrian silver. Imperial Art, hailing from Paris, specializes in pre-revolution French paintings and objets d’art. The centerpiece of its booth is a floor-to-ceiling royal portrait of King Louis XIV by the studio of Hyacinthe Rigaud. Pictured in his coronation robes, the Sun King commands fealty. 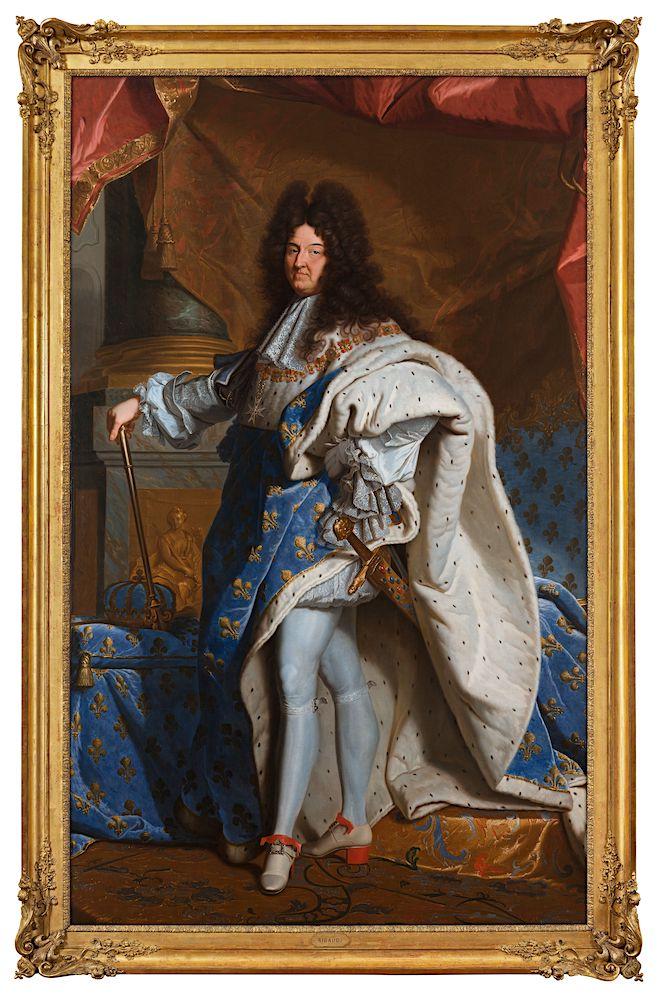 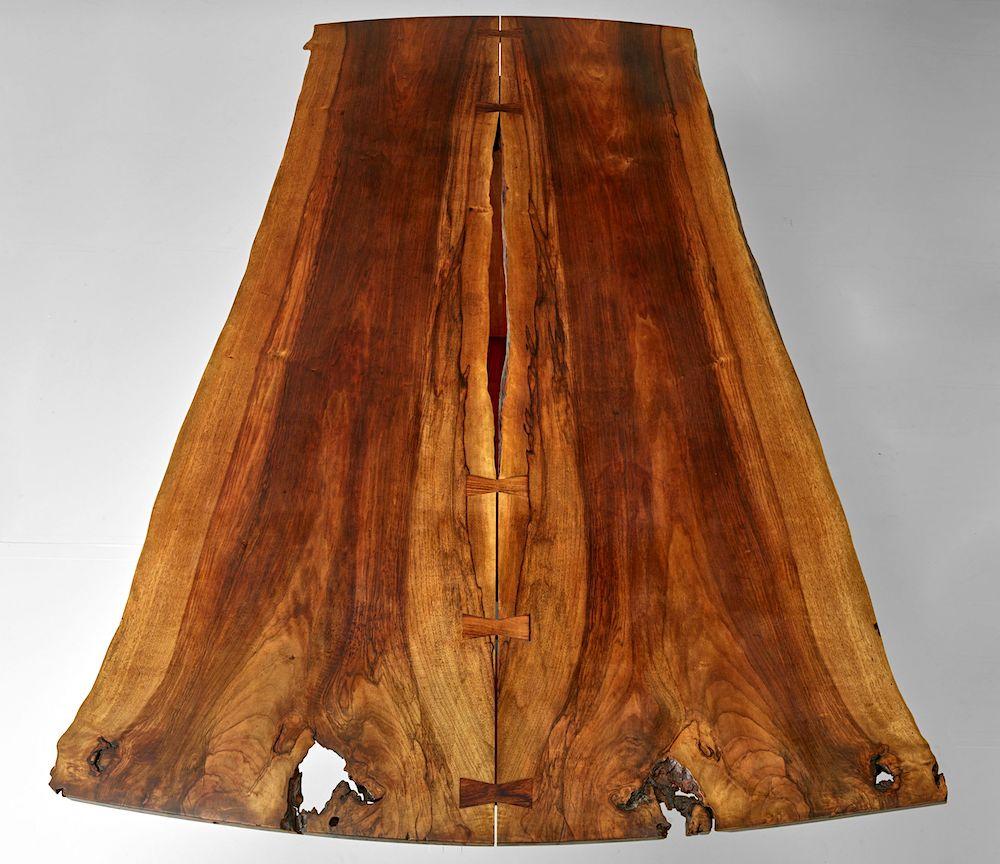 They join returning exhibitor Geoffrey Diner Gallery, specialist in postwar art and design, particularly the designs of George Nakashima and Gio Ponti. The booth’s all-wood Nakashima table is an outstanding example of the artist’s experimentation with free edges and fissures. Hirschl & Adler Galleries of New York also returns with American and European paintings, such as those by Charles Willson Peale, who not only painted leaders of the American Revolution but participated in combat as well. And longtime exhibitor Bernard Goldberg Fine Arts greets visitors as they enter the Armory with three bronzes: Auguste Rodin’s miniature , a reclining figure by Henry Moore, and Jacques Lipchitz’s towering (1961–70). The latter’s depiction of a phoenix rising out of flames is an unambiguous reiteration of the fair’s message of revival. 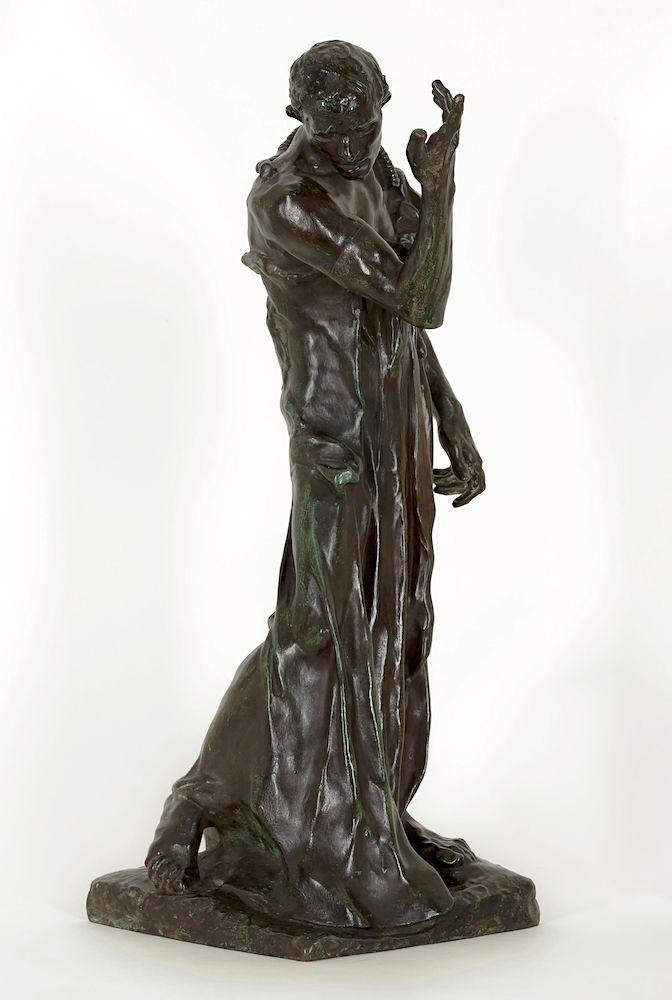 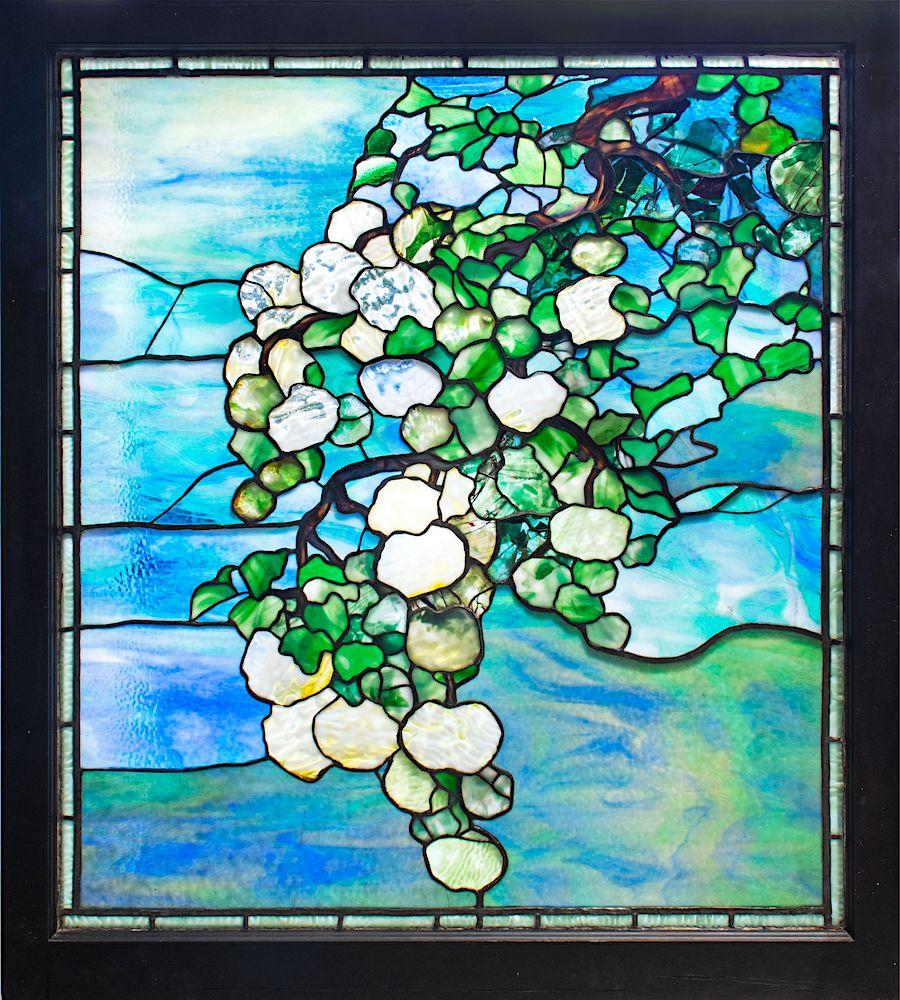 Lillian Nassau, too, returns with a host of Gilded Age leaded-glass works by Tiffany Studios, as well as an intricate glass window attributed to Frank Lloyd Wright. Michele Beiny brings exquisite contemporary ceramics and antique porcelains from Meissen and Sèvres. A gold cast of German supermodel Veruschka’s lips—designed and cast by Claude Lalanne, manufactured by Milanese jeweler GianCarlo Montebello—beckons from the booth of Didier Ltd. The gallery is asking $200,000 for the one-of-a-kind 18-karat piece of jewelry, commissioned by Yves Saint Laurent in 1969 and published in in December of that year. 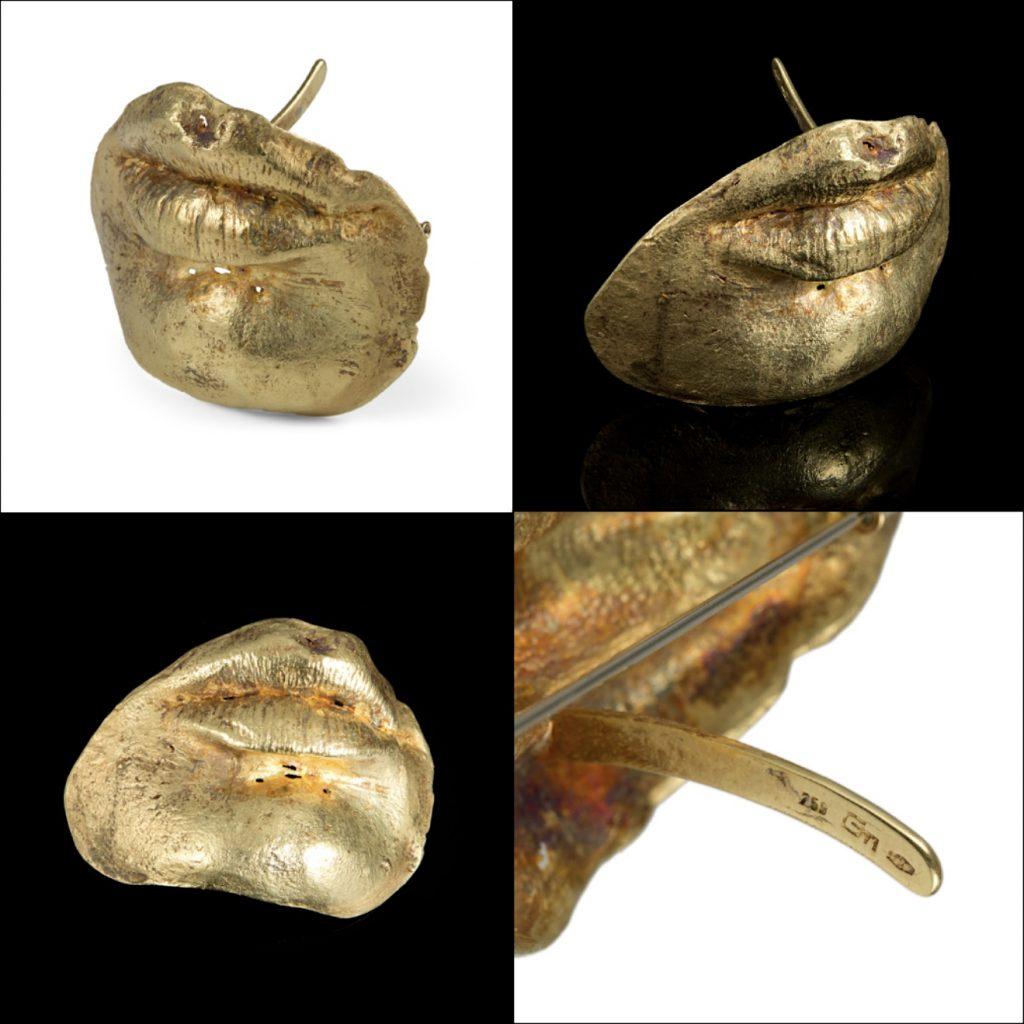 Pennsylvania dealer Kelly Kinzle has rolled out a real showstopper, a limited-edition 1930 Commodore Roadster by Italian luxury car manufacturer Isotta Fraschini, which Kinzle compared to Rolls-Royce of England, its main competitor at the time. “It really takes the air out of the room,” he beamed, explaining that the car could reach 100 miles per hour, quite a feat in its day. Kinzle said his asking price is $1.45 million for this exemplary automobile, which features a Lalique hood ornament. 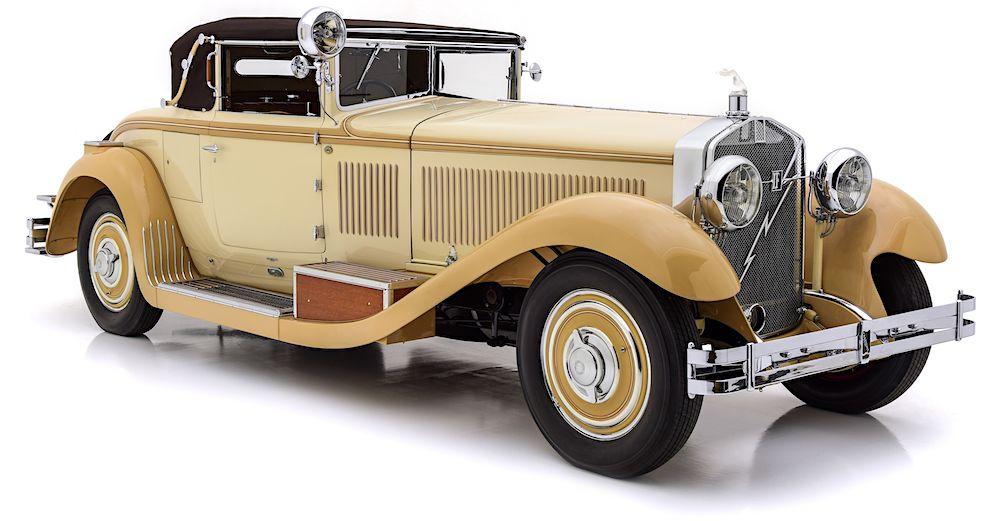 Medieval enthusiasts will want to stop in at Daniel Crouch‘s booth, where a volvelle astronomical calendar takes pride of place among rare books and antique maps. Crouch said it’s the only such calendar to have survived from the Middle Ages, hanging for over three centuries in the cloister of the San Zeno Abbey in Verona, Italy, where it would have been seen by all the monks several times every day. Crouch explained that the object has been dated to approximately 1455 using its own time-tracking rotational mechanisms—which, he noted, puts it within a year of the printing of the Gutenberg Bible. The stellar provenance befits its $1.5 million asking price. 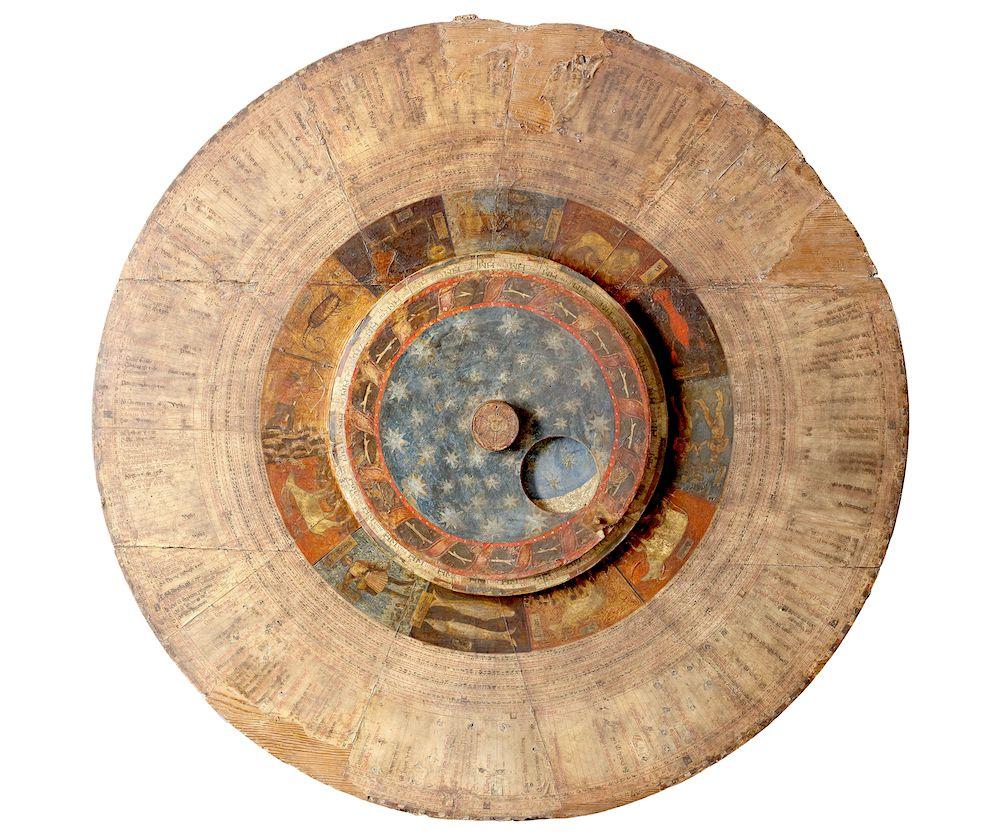 One must-see presentation is not for sale: The Museum of Chinese in America (MOCA) is showcasing treasures from two of its costume collections—the exquisite hand-tailored of Aileen Pei (stepmother of architect I.M. Pei) and the intricate opera gowns of the Chinese Musical and Theatrical Association, which promoted and preserved opera in New York’s Chinatown primarily in the 1920s and ‘30s, the golden age of Cantonese opera in the United States. 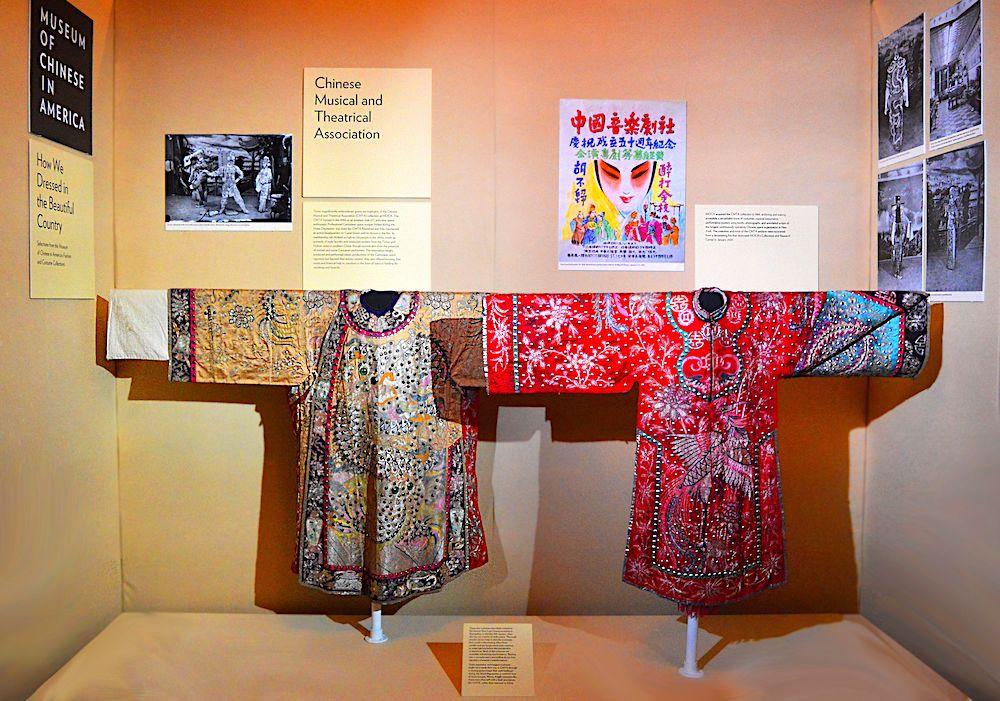 Opera costumes exhibited by the Museum of Chinese in America. Courtesy of the Winter Show.

In addition to wowing visitors with its worldly wares, the Winter Show serves another purpose: to support the East Side House Settlement, a community-based organization benefiting the children, families, and community of the Bronx and northern Manhattan. The fair will put all ticket sale proceeds toward this cause, which it has done since the its founding in the 1950s.