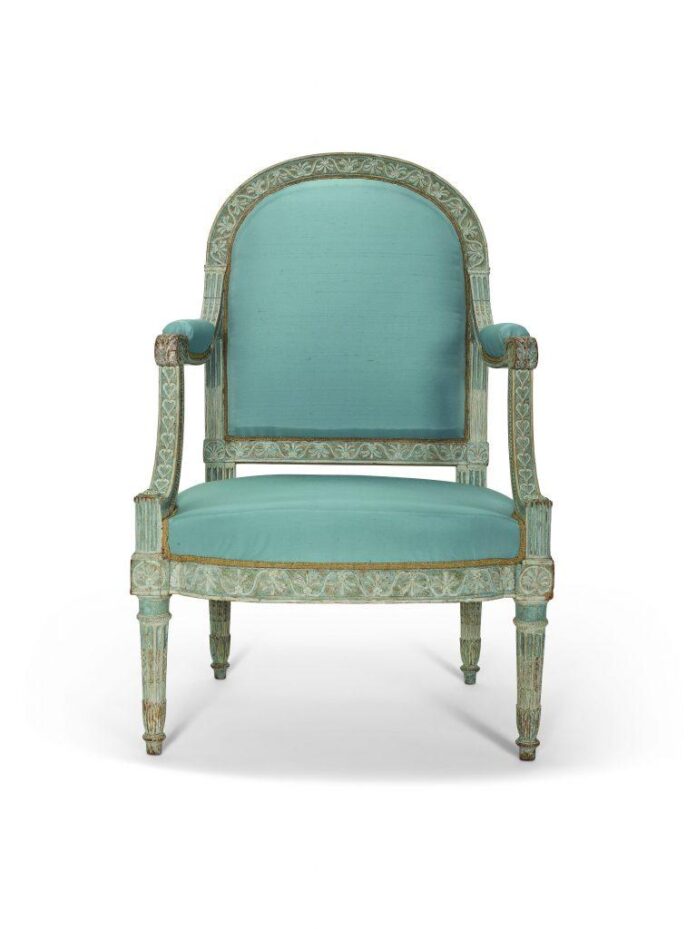 On November 22, two pieces of furniture that once lived with Marie Antoinette will appear at auction in “The Exceptional Sale” by Christie’s Paris, a 34-lot event under their “Classic Week.”

A commode crafted in 1770 by Parisian cabinetmaker Pierre Macret, “one of the finest exponents of the façon de la Chine in France—or indeed in Europe” the house explains, came first.

Estimated to sell for approximately $820,000 to $1,240,000, a gray-veined white marble top crown’s Macret’s masterpiece, its sloped contours flourished with chiseled and gilded bronze ornamentation and, most notably, a vibrant gold and vermillion lacquered landscape in “Le goût chinois” fashion of that moment. 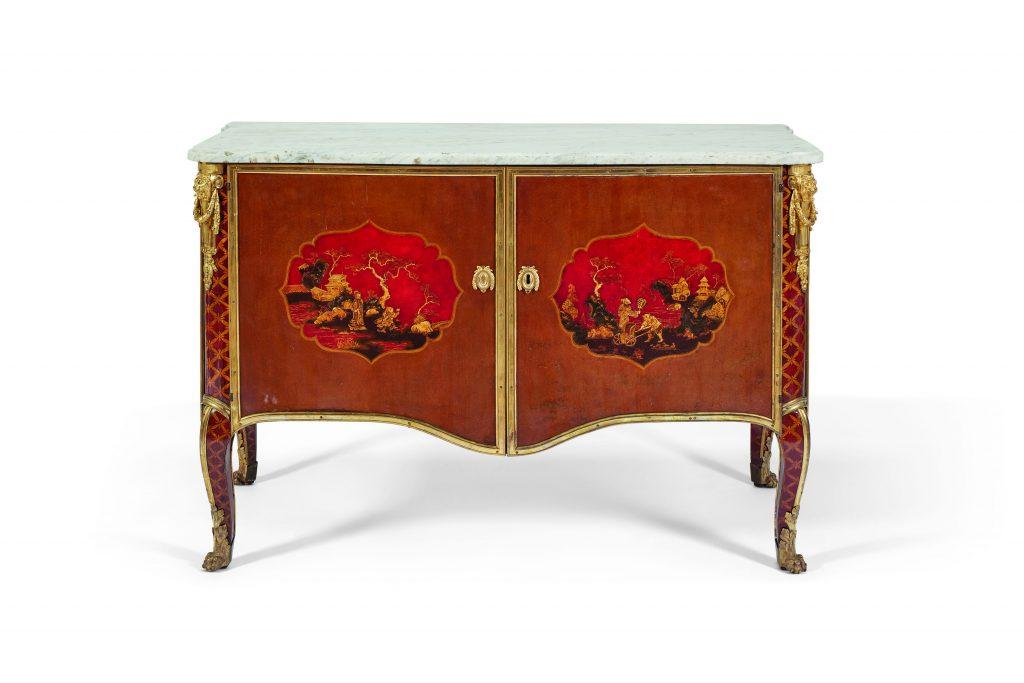 Marie Antoinette was 15 when she got the commode, a year after marrying French King Louis XVI. Christie’s release details her fascination with the Far East, adding that this commode’s twin still lives at Versailles. It appeared in the Gazette du Commerce in July 1770. Christie’s VP and director of decorative arts Simon de Monicault told Artnet News that this treasure “also illustrates the birth of modern design.”

The sale’s second piece from Marie Antoinette’s bygone collection arrived nearly 20 years later, a baby-blue armchair that’s just one in a suite commissioned from Georges Jacob, among Paris’s most prominent master of the time. It’s estimated to fetch approximately $103,000 to $206,000.

Hailing from the then-queen’s royal bedchambers, this “masterpiece of neoclassical carpentry” also epitomizes the Estruscan style popular throughout the late 1980s. 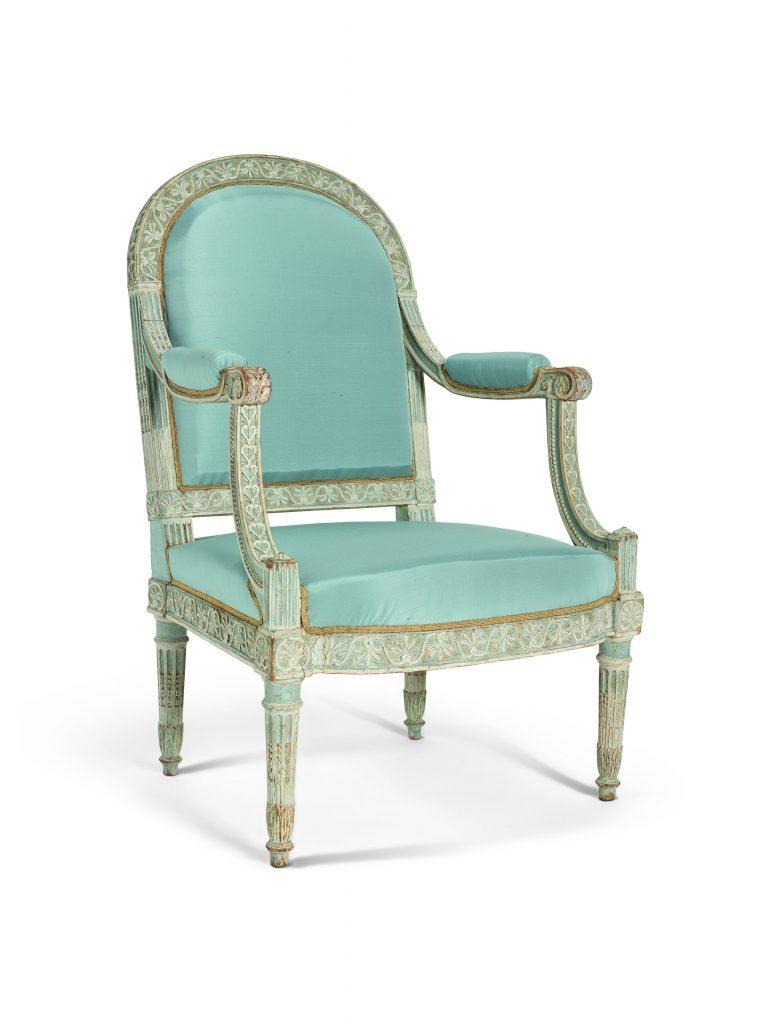 Just months after Marie Antoinette received the chair, the French Revolution swept the House of Bourbon’s power and riches away. The new government sold 17,000 items off in 1793, Christie’s explains. “The Etruscan chair went as part of a job lot to a ‘citoyen Dumont’, who paid 3,000 livres for it.”

“Pieces from the art collection of Marie Antoinette do not appear often on the market, and pieces of that importance are even rarer,” de Monicault noted. “The commode and the fauteuil come from two different collections.”

“Both works illustrate the key role Marie Antoinette played for the arts and culture in the 18th Century,” he said. “In a way, she was a true tastemaker!”

The sale at large also focuses on France during the 18th century, but spans a royal blue Swiss domino set enameled with 18-carat gold and set with pearls (estimated $124,000–$186,000), a late 16th-century marble marquetry tray from Rome inlaid with constellations of precious materials (estimated $155,000–$258,000), and a coromandel screen from China’s Qing Dynasty depicting the Daoist immortals in sumptuous hues (estimated $155,000–$258,000). A public exhibition of “The Exceptional Sale” opened in Paris on November 16, and remains on view through its start date on November 22.