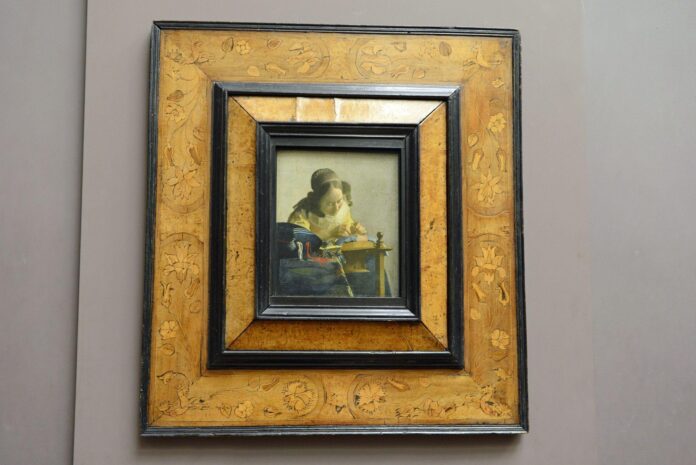 A full list of the Vermeer paintings to be shown in the Rijksmuseum’s ambitious retrospective next year has just been announced at a press briefing in New York. It was held at the Frick Collection, which exceptionally is lending all three of its Vermeers. Frick paintings are normally not allowed out on loan, but as the museum is closed for refurbishment, special permission was granted.

Taco Dibbits, the Rijksmuseum’s general director, describes this as an “extraordinary gesture”, since it marks the first time the three works will be shown outside New York since their acquisition over a century ago.

Many of the key loans have already been recorded by The Art Newspaper in our earlier reports, but to these we can add further major pictures. Loans announced today include The Lacemaker (1666-68, Musée du Louvre, Paris), Christ in the House of Mary and Martha (1654-55, National Galleries of Scotland, Edinburgh), Allegory of the Catholic Faith (1670-74, Metropolitan Museum of Art, New York) and The Procuress (1656, Gemäldegalerie Alte Meister, Dresden).

Altogether 28 works of Johannes Vermeer’s small oeuvre, which the Rijksmuseum has previously numbered as totalling around 35, are to be shown. The exhibition, one of the most important of next year, will run in Amsterdam from 10 February-4 June 2023. Tickets are going on sale, online (adults, €30).

Pieter Roelofs, the Rijksmuseum’s exhibition co-curator (with Gregor Weber), points out: “The mystery of Vermeer has clung to the artist for more than 150 years and has become part of his reputation. Connecting what we now know about his personal life with his work brings us closer to him.” In addition to a detailed catalogue (available in English), Weber will also publish a book entitled Johannes Vermeer: Faith, Light and Reflection.