Home News Van Gogh’s Tokyo Sunflowers: Was it a Nazi forced sale? And is... 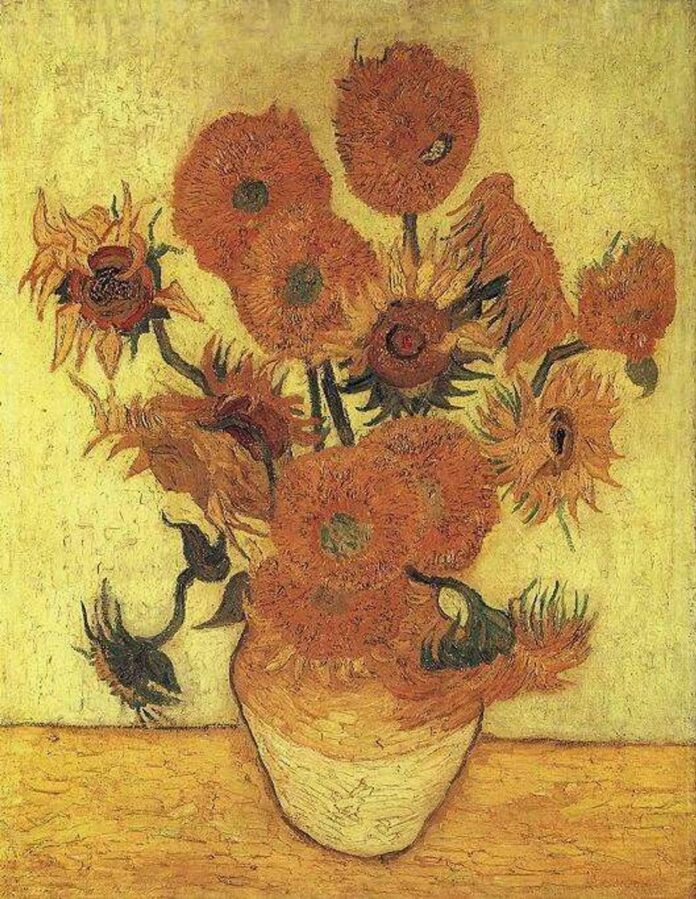 Van Gogh’s Sunflowers painting in Tokyo is at the centre of a legal claim 35 years after it was sold for a record price by Christie’s. In 1987 the work was auctioned for £25m, but the heirs of the German Jewish banker Paul von Mendelssohn-Bartholdy, who owned it until the 1930s, now value it at a staggering $250m. News of their claim was reported in mid-December.

Fuller details are included in a 98-page “complaint for restitution and unjust enrichment” and its accompanying documentation, which throws fresh light on what happened to the painting during the Nazi period. The complaint was filed in the US District Court of the Northern District of Illinois, since the Sunflowers had in 2001-02 been lent to the Art Institute of Chicago for an exhibition.

The plaintiffs are Julius Schoeps, Britt-Marie Enhoerning and Florence von Kesselstatt, who are making the claim on behalf of more than 30 Mendelssohn-Bartholdy beneficiaries. The case is being handled by Chicago-based lawyers K&L Gates and Washington, DC-based Byrne Goldenberg & Hamilton.

Sunflowers was bought in 1987 by the Yasuda insurance company to display in an art museum on the 42nd floor of its Tokyo headquarters. In 2002 Yasuda was incorporated into a new company named Sompo. The legal action is now being taken against four Sompo entities, including the Sompo Museum of Art.

A spokesperson for Sompo Holdings told Courthouse News: “Sompo categorically rejects any allegation of wrongdoing and intends to vigorously defend its ownership rights in Sunflowers.” The Sompo museum is unable to comment at this time.

Van Gogh painted three versions of his famed Sunflowers on a yellow background. The original, dating from August 1888, was acquired by London’s National Gallery in 1924. The artist also completed two copies in January 1889: a signed version (now at the Van Gogh Museum, Amsterdam) and an unsigned version (acquired by Yasuda).

The Tokyo Sunflowers was first sold in the early 1890s, just a few years after the artist’s death, and after passing through several collections it had been acquired by 1910 by the wealthy banker Paul von Mendelssohn-Bartholdy (1875-1935), a relative of the composer Felix Mendelssohn.

A photograph shows that Mendelssohn-Bartholdy hung Sunflowers above a sofa in an alcove in his country mansion, Schloss Börnicke, just outside Berlin. Bizarrely, two other Van Gogh paintings that he owned were displayed on either side of a stuffed bull’s head.

The 1987 Christie’s provenance recorded that Mendelssohn-Bartholdy had bought the Sunflowers by 1910 and later sold it to the Paris-based Paul Rosenberg gallery, although no year was stated.

More evidence has recently emerged to show that the Mendelssohn-Bartholdy consignment to Rosenberg took place in October 1934. A 1934 date also appears to be confirmed by a photographic record in the Rosenberg archive (inventory number 3241). The following year Rosenberg sold the Sunflowers to Edith Beatty, the London-based wife of New York-born mining tycoon Alfred Beatty.

This dating is crucial, since it means that the Van Gogh was consigned after the Nazis had seized power in Germany in 1933. The Mendelssohn-Bartholdy heirs argue that he was persecuted as a Jew and the Sunflowers was sold in what they regard as a “forced sale”.

However, the legal complaint does not cite the price that Rosenberg paid for the Sunflowers. The heirs stress that Mendelssohn-Bartholdy sold “into a depressed market saturated with many similar modern artworks that intensifying Nazi persecution had wrested from other suffering Jewish collectors”. Sompo, on the other hand, could well argue that there is no proof that the painting was sold at a low figure, since the price paid to Mendelssohn-Bartholdy remains unknown.

In my book The Sunflowers are Mine, I record that Edith Beatty insured the painting for £10,200 in 1937, which may well reflect the price she paid. But it is not known what mark-up Rosenberg charged above the sum that he paid Mendelssohn-Bartholdy for the painting.

Mendelssohn-Bartholdy was one of the earliest major German collectors of Van Gogh’s work. The legal complaint records that in 1934 he consigned six other Van Gogh paintings to Rosenberg. Four remained unsold and were later returned to Paul’s widow Elsa. These are: The Public Park (October 1888), now in a private collection; Hospital at Saint-Rémy (October 1889), now in the Hammer Museum, Los Angeles; Young Man with Cornflower (June 1890), sold by Christie’s on 11 November 2021 for $46.7m; and a self-portrait, now in the Bührle Collection, Zurich.

The self-portrait was accepted as authentic until the 1930s, but was later exposed as a crude fake. It had been painted as a tribute by the French artist Judith Gérard in 1897, but was subsequently marketed as a Van Gogh without her knowledge. Her painting was inspired by the authentic Self-portrait dedicated to Paul Gauguin, now at the Fogg Art Museum in Cambridge, Massachusetts.

In addition to the Sunflowers, two further Mendelssohn-Bartholdy Van Goghs were sold by Rosenberg in around 1935: Trunk of an Old Yew Tree (October 1888) and The Town Hall at Auvers (July 1890). Both are now in private collections.

Paul Mendelssohn-Bartholdy died of natural causes in Berlin in May 1935. His wife Elsa, who was not Jewish, lived on until 1986.

The Mendelssohn-Bartholdy claimants argue that the provenance given in the Christie’s catalogue should have been regarded as a “red flag” hanging over the Sunflowers, which ought to have been properly investigated.

Among the documents appended to their complaint is an email from the Yasuda Museum of Art to the Van Gogh Museum, dated 8 May 2001. Negotiations were then underway for the loan of the Sunflowers and Gauguin’s L’Allée des Alyscamps, Arles (November 1888). These were key works for the exhibition Van Gogh and Gauguin: The Studio of the South which was to be held at the Art Institute of Chicago and the Van Gogh Museum (2001-02).

The Yasuda museum official wrote: “We are deeply concerned about our Gogh and Gauguin provenance. We think our two works have nothing to do with Nazi-looted art, but we are not 100% sure.” A subsequent email suggests that the Van Gogh Museum sent a reassuring response, suggesting that the provenance appeared to be “clear”.

The key legal question now is whether the Sunflowers was subject to a “forced sale” at a low price because of the Nazi persecution. Mendelssohn-Bartholdy did not flee Nazi Germany, and so did not have to pay an extortionate tax to take assets out of the country, but he does appear to have suffered financial problems as a result of Hitler’s persecution of the Jews.

The Mendelssohn-Bartholdy heirs argue that Sompo has derived great public relations benefits from having the Sunflowers since 1987. They are asking for “punitive damages” of $750m, three times their valuation of the painting.

The claim is expected to be vigorously opposed by Sompo.

Meanwhile the Sunflowers remains on public view in Tokyo in Sompo’s new museum, which was opened in 2020 on a site adjacent to the insurance company’s skyscraper headquarters.

The Brazilian collector Gustavo Soter is making a legal claim for Van Gogh’s The Novel Reader (November 1888), which is currently on loan to the Van Gogh in America exhibition at the Detroit Institute of Arts (until 22 January). The catalogue states the lender as a private Sao Paulo owner. This is not a Nazi-era spoliation claim, but relates to a more recent question of ownership.

The claim, reported by The Detroit News, was filed by Soter’s Miami-based Brokerarte Capital Partners in the Eastern District Court of Michigan. It argues that he bought the Van Gogh in 2017 for $3.7m, but that possession was then allegedly transferred to an unnamed third party.

A federal judge temporarily blocked the Detroit Institute of Arts (DIA) from moving the painting. A museum spokesperson commented: “No allegation of misconduct by the DIA has been alleged. The DIA will continue to act in accordance with all applicable laws and museum best practices.” A court hearing is due on 19 January.

Art Industry News: A Sex Museum Is Coming to Miami’s Art District With a Highbrow Survey of Risqué Robots + Other Stories