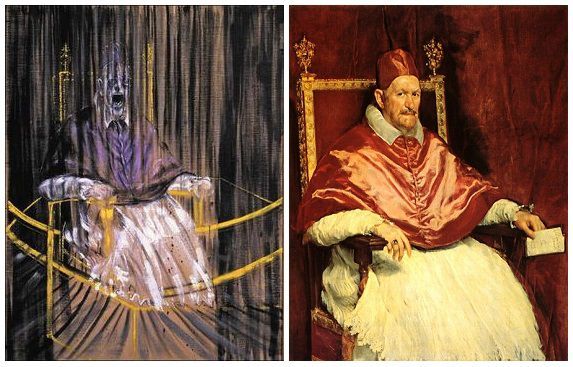 Recently, I was about to see a painting by a favourite artist that I had never viewed in the flesh—the Portrait of Pope Innocent X (1650) by Diego Velázquez in the Galleria Doria Pamphilj, Rome. Yet amid my excitement was a hint of trepidation. Two things provoked it. First, the fear of disappointment. Just before my visit, the artist Mark Leckey had confided in our A brush with… podcast how he had journeyed to view Michelangelo’s Sistine ceiling but found that he “couldn’t see it”. He said: “I made this pilgrimage. And then it was denied by the crowds and everything else. It was just horrible.”

I had been so bewitched by Velázquez’s painting in reproduction, so expectant of its mastery, that I couldn’t help but worry that it might not live up to the magnificence I’d already projected onto it. At least, at the mercifully quiet Galleria Doria Pamphilj, there are none of the stifling hordes that contributed to Leckey’s disillusionment in the Vatican Museums.

But then there was a different claustrophobia surrounding the Velázquez: Francis Bacon’s interpretations of it, many of which I had seen up close. There are around 50 Bacon Popes, made from the 1940s to the 1960s, which, according to Gilles Deleuze “hystericised all the elements of Velázquez’s painting” by portraying the pontiff in various stages of scream. After Bacon’s shrill horror, is it possible to innocently see Innocent X?

Bacon himself never saw Velázquez’s masterpiece, even though he visited Rome in 1954, at the height of his engagement with it. Would confronting it have affected his capacity to reinvent it? He avoided making portraits from life, because, as he said, “I don’t want to practice before them the injury that I do to them in my work.” Whatever, as Deleuze tells us, Bacon always expressed “his doubt and discontent” when he discussed them.

Now, more than ever, I can see why. Perhaps no one described the power of Velázquez’s paintings better than Bacon when he said: “In each of his portraits you find the life and the death of his characters.” What I hadn’t expected, something visible perhaps only in the flesh, is the tenderness in Velázquez’s handling—even if it’s unflinching, it’s also empathetic, one of Velázquez’s greatest qualities.

You also feel a little-discussed delight—a relish in the depiction of Innocent’s ruddiness, perhaps after so many sessions with the pallid Habsburgs in the austere gloom of the Spanish court. Most powerfully, more even than in Las Meninas (1656), I felt Velázquez’s presence in the picture—while he observes the most powerful man in the world, he is being observed, and so, too, are we.

The multitudes contained in Velázquez’s canvas make Bacon’s interpretations seem almost “silly”, as he himself described them. So magnificent is the Spaniard’s painting that those screams fade to whimpers.

Marking its 20th anniversary, the expo provides a window into the little-discussed and low-cost backbone of the art market.