Home News Wanted in the US, Lebanese antiquities collector maintains his innocence, says his... 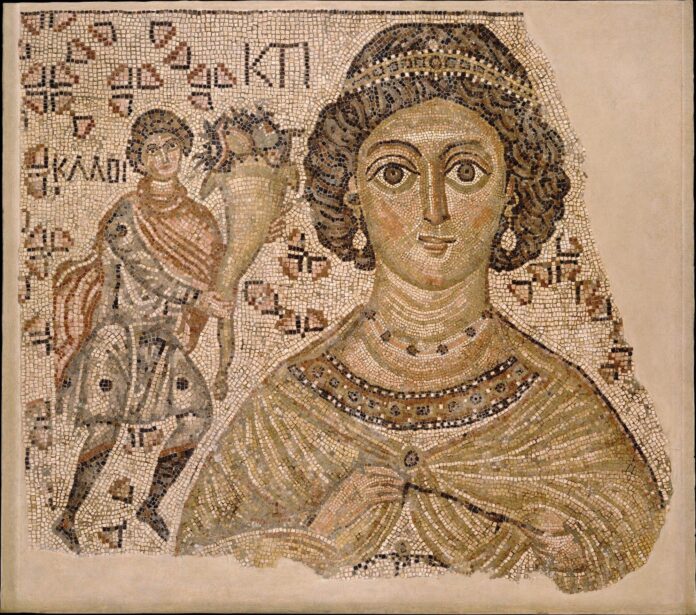 Lebanese dealer and collector Georges Lotfi, wanted in the United States amid allegations of trafficking looted antiquities, has firmly denied all charges levelled against him. A warrant for the 81-year-old’s arrest was issued in New York last month, accusing the former pharmacist of handling “hundreds of antiquities“ smuggled from war-torn countries in the Middle East.

In a seven-page statement written in French, documents posted online and during an interview with The Art Newspaper, Lotfi disputed the warrant’s allegations and provided new information on the spectacular seizure in 2019 of a golden sarcophagus from the Metropolitan Museum of Art. The gilded coffin of the high priest Nedjemank, subsequently returned to Egypt, had been sold to the museum for €3.5m by French dealer Christophe Kunicki, who stands charged in Paris with criminal conspiracy, gang fraud and laundering.

On 7 September, the New York District Attorney held a ceremony for the restitution to Egypt of five additional pieces the Met had purchased at auction in Paris, where Kunicki was acting as expert, and a bronze statuette of a kneeling priest, also seized from the museum last February. According to the affidavit of Homeland Security agent Robert Mancene, this 8th century BC bronze had been sold by Lotfi in 2006, who “had purchased it directly from the looter“. The Lebanese collector was also the prime handler of the marble Sidon bull’s head seized in 2017 from the Met. The head had been stolen in 1981 by Christian militiamen in Byblos during Lebanese civil war.

In his statement and interview with The Art Newspaper, Lotfi does not deny these deals or others described in the affidavit. He says he sold the bull’s head—now valued at $20m—for $3,500 to Frieda Tchacos, who ran the Zurich-based Nefer Gallery, and the bronze statuette for $20,000 through a Jerusalem dealer named Gil Chaya, owner of Biblical Antiquities, who provided “proper export documents from Israel to the US”. However, he claims he “acquired” the works in his renowned collection from “licensed dealers“, checking their records with the Art Loss Register, and has “always acted according to international and Lebanese laws”. Lebanese legislation, he says, “protects the right of individual collectors, including the right to own classified antiquities, under the supervision of curators”. A 2016 law, reaffirmed last April, “exempts private collectors from proving the origin and acquisition of their antiquities“, he says, claiming the possession of his collection “was approved by the Beirut Museum, the Lebanese Culture Ministry and the Homeland Security”.

Lotfi says he moved part of his collection in the 1980s from Lebanon to the freeport of Geneva, and later to Paris and New York, in order to protect it from the civil war—always obtaining proper customs documents for each move. He says that he gave the New York investigators the key to two storage units in New Jersey where he was keeping Eastern Roman antiquities he was ready to loan to US museums before shipping them back to his home country. “As a result,” he says, “in 2021, [authorities] seized 23 mosaics and a Palmyra engraved stone” that had allegedly been looted in Lebanon and Syria. “I am now asking for their return to Lebanon.”

“My big mistake is that I befriended Matthew Bogdanos”, Lotfi says, referring to the head of the Art Trafficking Unit in the New York District Attorney’s office, “who turned against me. And I blame myself for having recognised the golden sarcophagus, when it became the centre of an exhibition at the Metropolitan, and alerted Bogdanos. I knew the piece because it had been proposed to me a while ago, for $50,000 in Dubai, with two other sarcophagi. I declined the offer because I understood the provenance was dubious.” According to Lotfi, at the time, the mummy, which disappeared later, “was still in the coffin”.

Lotfi claims that after the opening of the Met exhibition, the supplier of the sarcophagus contacted him “because he had financial difficulties and he was hoping for a reward. I put him in contact with Bogdanos, not asking anything for myself, but because I am against looting, which destroys archaeological sites. Bogdanos asked him to go to the US. He did not consent, but gave him all the information and original pictures, which allowed the court to seize the coffin. And he never received any money”. Lotfi claims the smuggler in question was a Jordanian citizen named Muhammad Jaradat, alias Abu Said, who died last May in hospital in Amman after a long illness.

Among other artefacts discussed in his statement and interview, Lotfi acknowledged he acquired in the 1960s the so-called “Ktisis Mosaic”, which he says he sold “for a very low price” to the famous collector George Ortiz. It was acquired by the Metropolitan in the late 1990s.

In his affidavit, special agent Mancene noted that some of Lotfi’s properties were still on the market, including “ceramics for sale on Ancient Art International, a Florida-based business owned by Richard Brockway“.Brockway confirmed to The Art Newspaper that he had “taken a few mosaics on consignment” from Lotfi. Brockway now intends to return them to Lotfi, adding that “he had provided good paper provenance”.