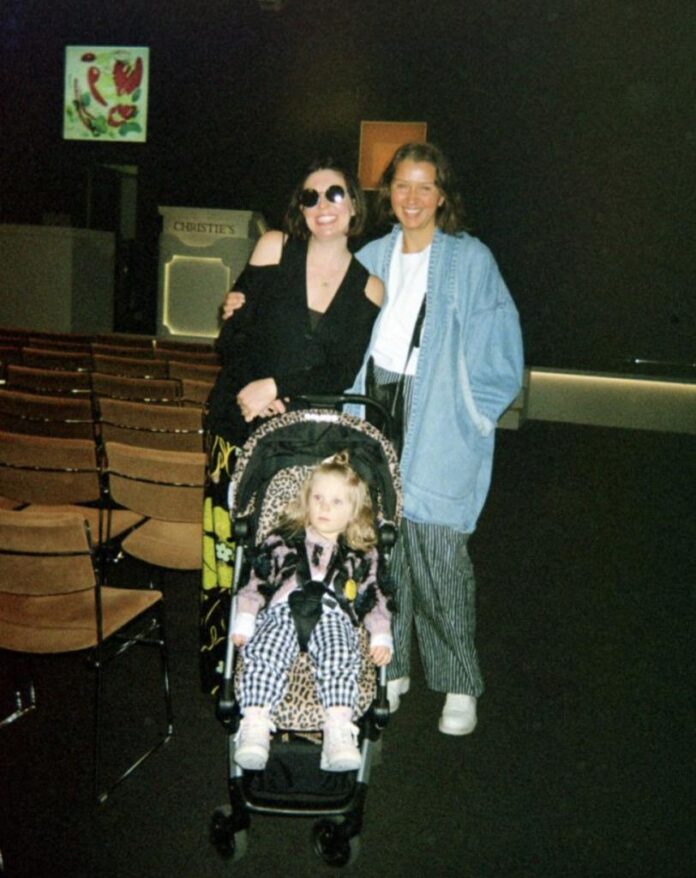 Bridget Finn decamped from New York City for Detroit in 2018 to start up Reyes Finn, the Corktown-based contemporary art space that has launched the careers of beloved artists such as Nick Doyle, Nikita Gale, and LaKela Brown. She still makes the occasional trip back to New York City though, which is where she got her start with the now-shuttered Greenpoint project space Cleopatras, alongside Colleen Grennan, Bridget Donahue, and Erin Somerville.

Finn’s most recent trip was to put together “Flourish: Art for the Future” at Christie’s, which benefits research on STXBP1, a rare genetic disease that Finn’s daughter Flo was recently diagnosed with. I gave her a disposable camera to see what the event would look like from behind the scenes…

Before our family headed to New York for the auction, I made a stop to see James Benjamin Franklin at his studio on Detroit’s East Side. James was just putting the finishing touches on some pieces for his show at the Cranbrook Art Museum, which opened this month. Cranbrook is one of those rare gems that still flies under the radar in some realms of the art world. It’s the birthplace of American modernism, it’s located here in a suburb of Detroit, and it’s incredible. You should absolutely go. 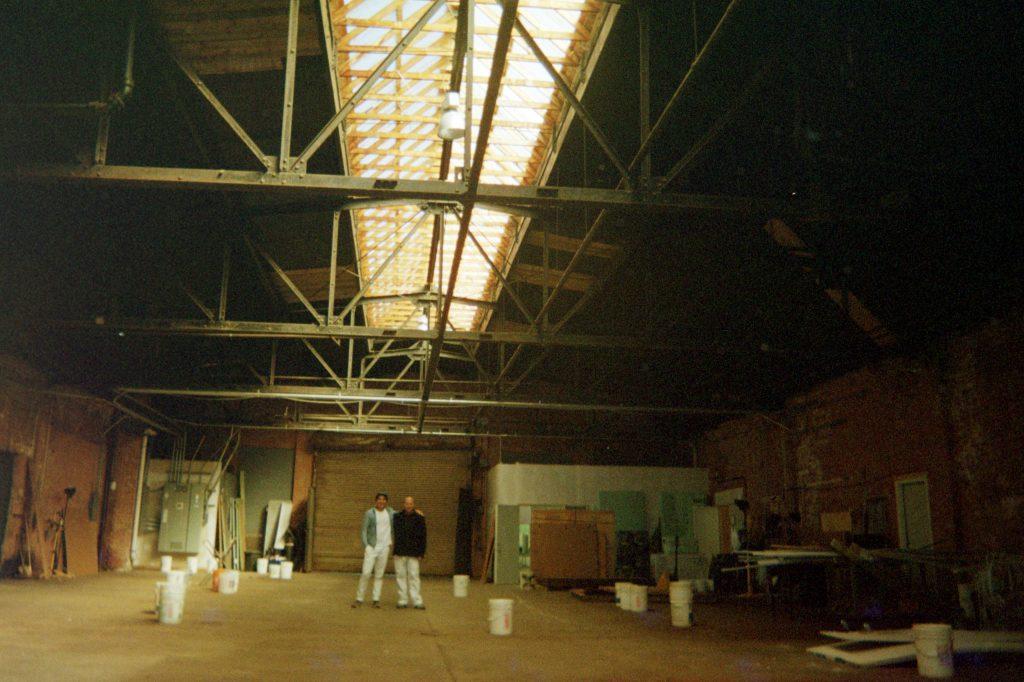 Here’s a shot of James Franklin with artist Scott Reeder in their 40,000-square-foot studio building. This is one of the reasons so many artists flock to Detroit. The spaces here are incredible, just one reason Detroit is an ideal place to work. I think you can really see that in James’ paintings, which are big, super beautiful, and heavily labored. 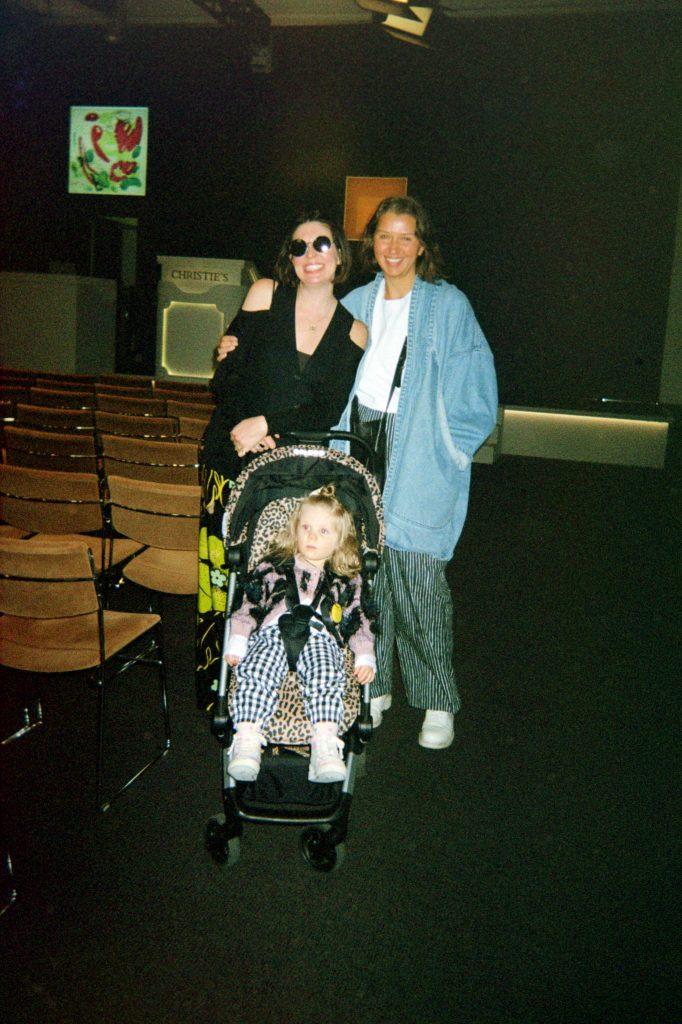 We got off the plane in New York and basically went right to Christie’s. As probably noted in Annie’s introduction, we were in town for the STXBP1 Foundation fundraiser that I had the privilege of organizing. Our goal was to help raise awareness and MONEY MONEY MONEY around STXBP1, a rare genetic disease my daughter Florence was diagnosed with last year when she was one and a half years old. I’m so grateful to Christie’s for being so amazing and open. The specialist I worked with is named Julian Ehrlich and he’s a total badass. Honestly, Christie’s should promote him ASAP. Here I am in the sales room with Flo and artist Sam Moyer. 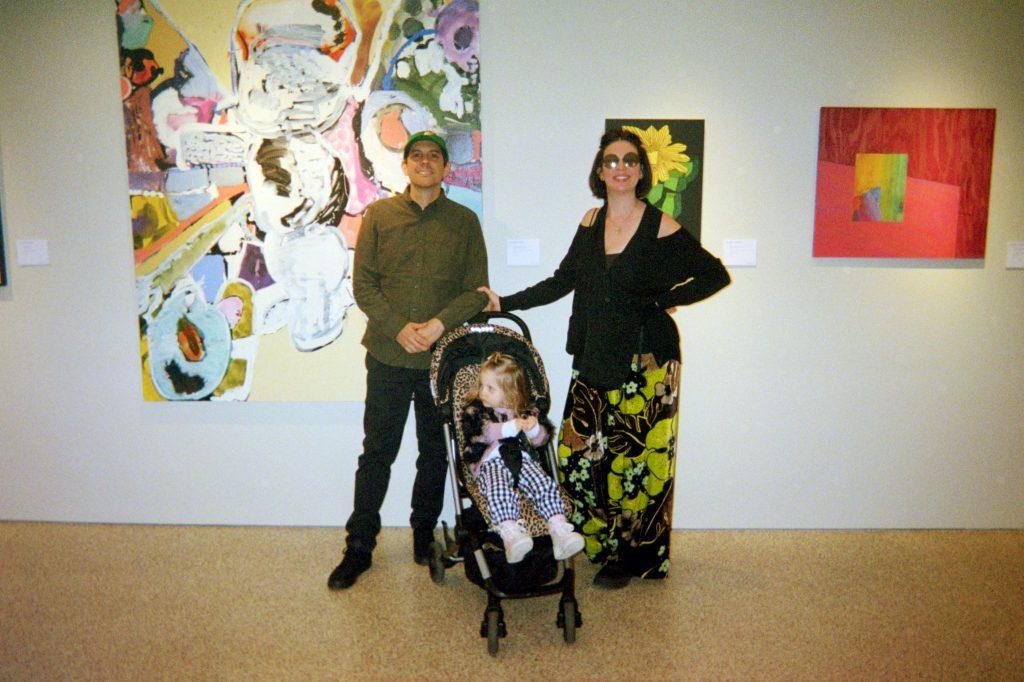 Here’s a shot of our family. I was so deeply moved by all of the artists who gave to the auction to support our cause. Honestly, I couldn’t believe how many of them turned up in person, among them Sam Moyer, Eddie Martinez, Jules De Balincourt, Lakela Brown, Nick Doyle, Gina Beavers, and so many more supportive friends and galleries. It was a very great day, and will remain a much appreciated memory. Also thank you to Colleen Grennan for flying in from Los Angeles, and for the perfect post-brunch martini. I love and miss those anonymous Midtown restaurants with perfect spaghetti and outstanding martinis. 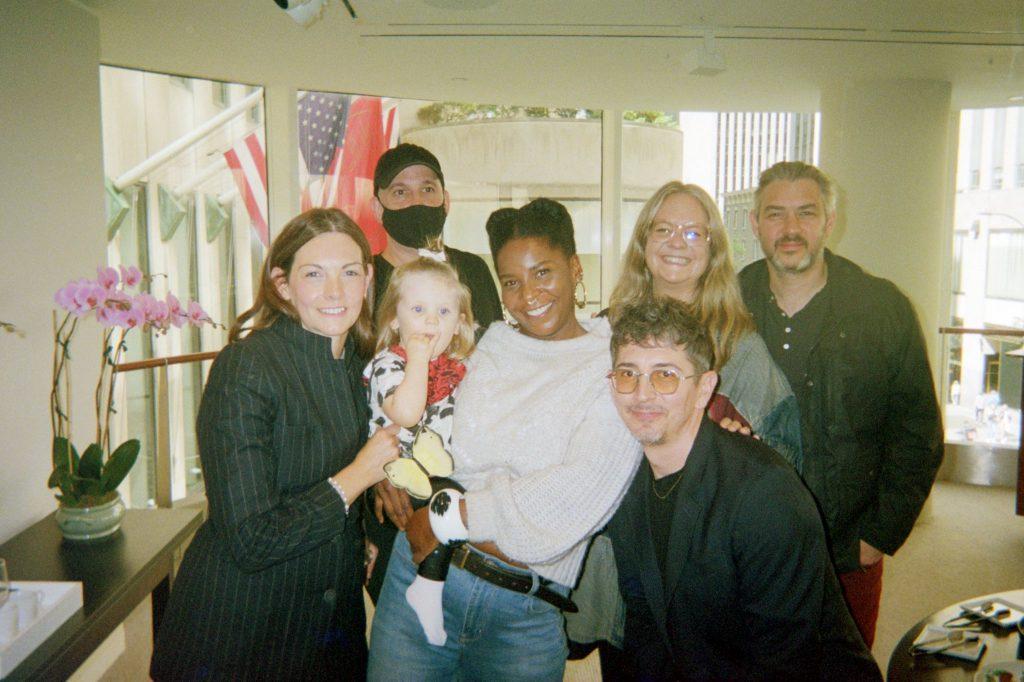 This one of the nicer reception rooms at Christie’s, made all the nicer by the dear friends in this photo. LaKela Brown and Phil Birch are both incredible artists and old classmates from Detroit’s College for Creative Studies. Nick Doyle is one of the most thoughtful artists I’ve ever worked with, not to mention his next level talent and impeccable fashion choices, on display here on the lower right. Gina Beavers is also beyond. Happy Birthday Gina, it was so awesome to see you and Keith. I like that Flo is, as ever, the center of attention here. She loves LaKela almost as much as I do. 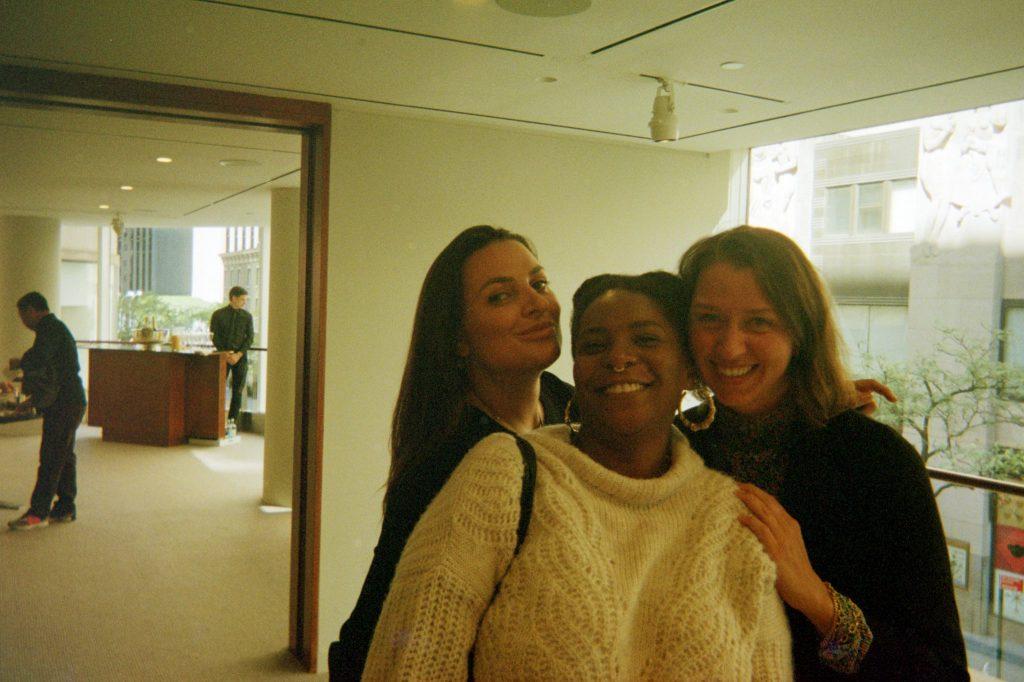 I can’t say enough about LaKela as an artist. I have the pleasure of looking at her work all of the time and she is constantly reminding me that creating measures of time is important, and that nothing is neutral. Terese Reyes, mugging over LaKela’s shoulder, is my trusted business partner and cherished friend. I’m grateful that we have the opportunity to do what we do together. Sam Moyer is in most of these photos because she’s my missing puzzle piece. I miss her daily now that I’ve moved away from New York. 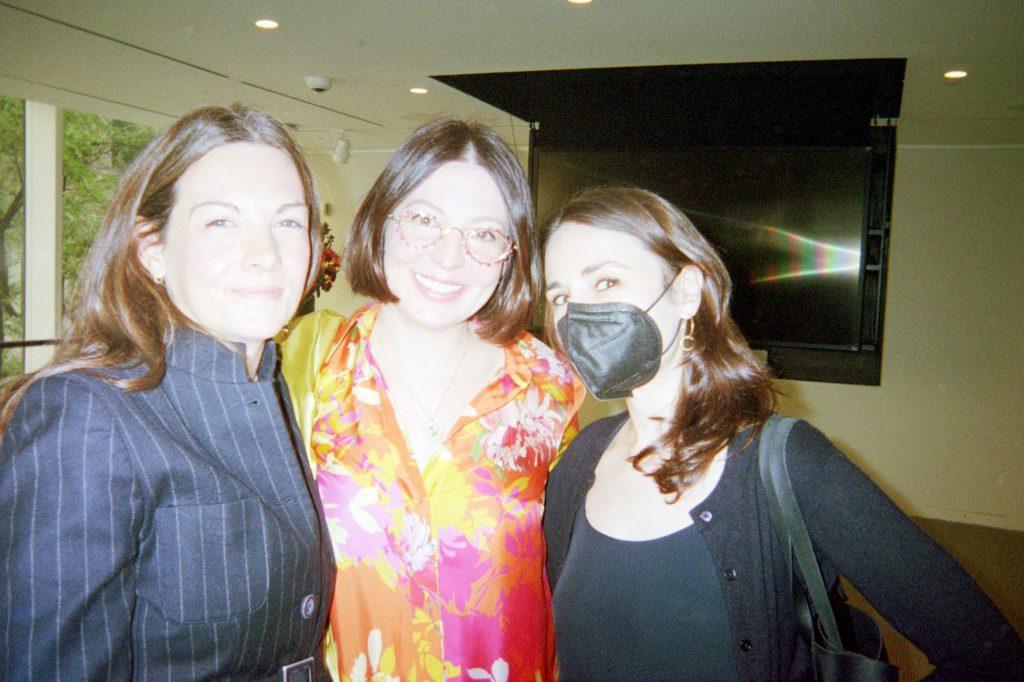 Here I am with Colleen Grennan and Erin Somerville, my two Cleopatras, of the eponymous Greenpoint gallery we founded in 2008. Bridget Donahue, another Cleo, was in attendance but took off before this photo was taken to make it back to her gallery in time to welcome the Lower East Side Saturday crew. My Cleo cohorts are my shared soulmates. I love having them in my life. We’re in the process of accessioning Cleopatra’s archive to the Smithsonian Archives of American Art. Isn’t that insane? 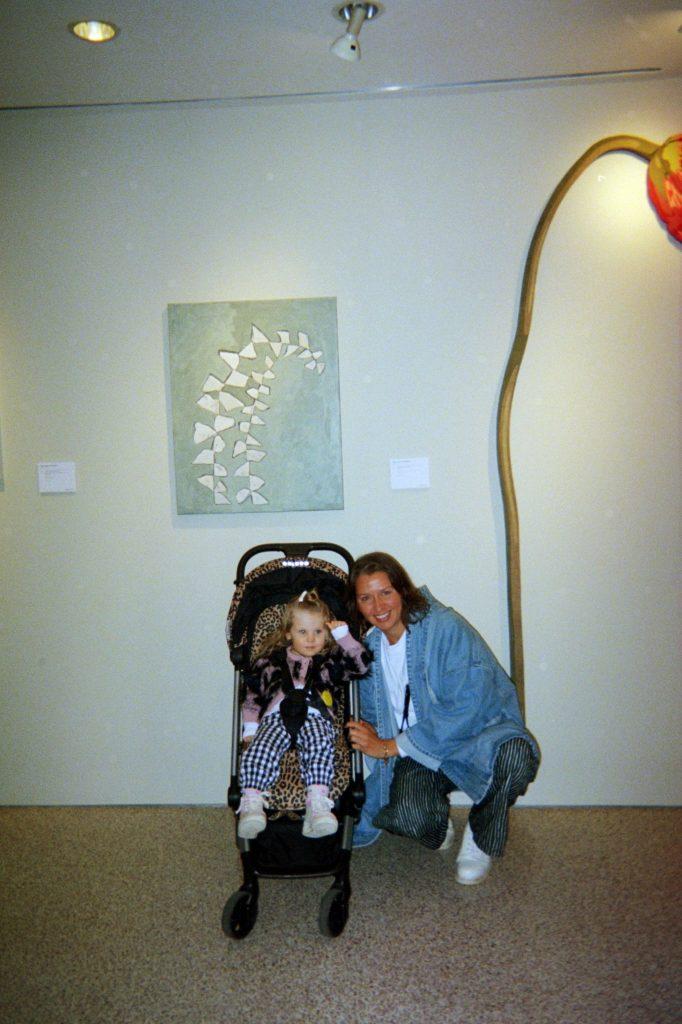 There was an extended period of time when Sam Moyer was my greatest love. She was replaced when I had my daughter Florence, but Sam remains neck and neck for second place with my husband. Sam Moyer made this super incredible work titled for the auction. It sold for well beyond the estimate. Hell yeah, Sam. Love you. 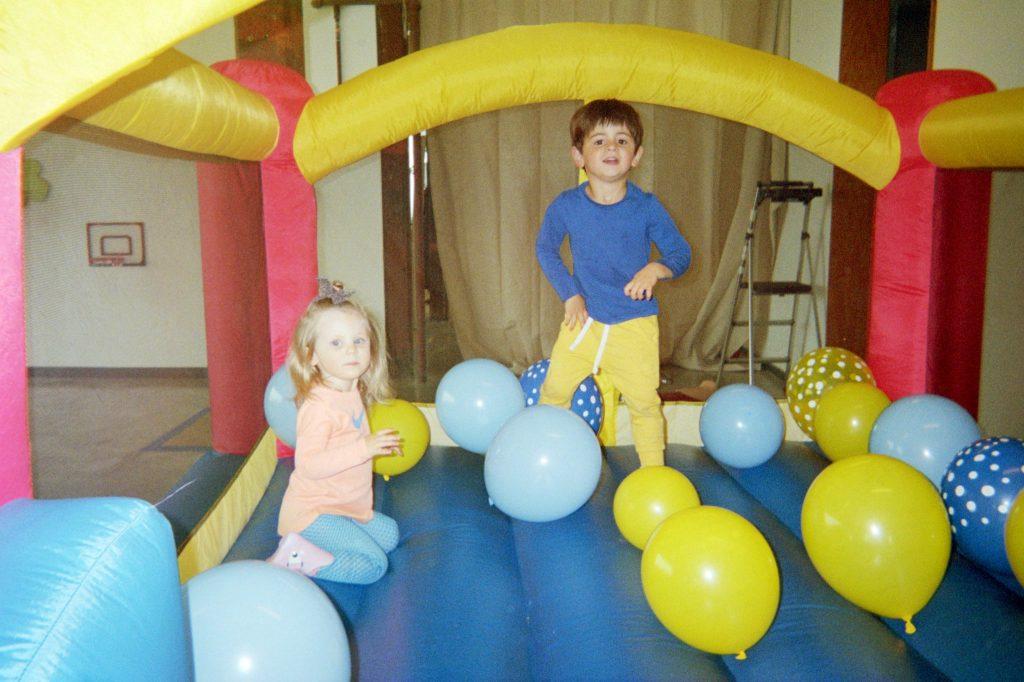 Sam’s son Arthur Moyer Martinez had one exceptional third birthday party while we were in town. It was super special. Thanks Arthur for making your third one a real one. It was so good to see everyone and Flo had a blast in the bounce house. 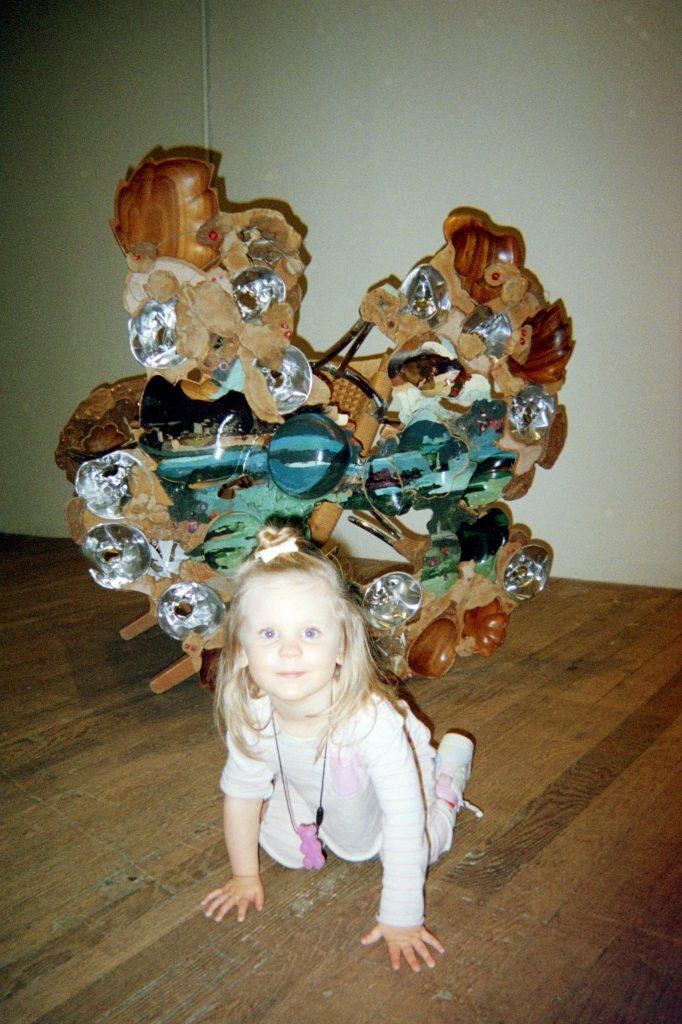 Of course we had to visit Jessi Reaves’s incendiary exhibition at Bridget Donahue. I’m a huge fan of Jessi’s work and this show was so strong, a wild balance of high-level design thinking, conceptualism, couture, and craft. I love it. I think about the massive impact of design and design thinking often, especially being based in Detroit, which Knoll, Saarinen, Eames, and Yamasaki once called home. You can still see their respective marks around the city and its suburbs. I think Jesse incorporates so much into the work conceptually. Flo loved the sculptures too. 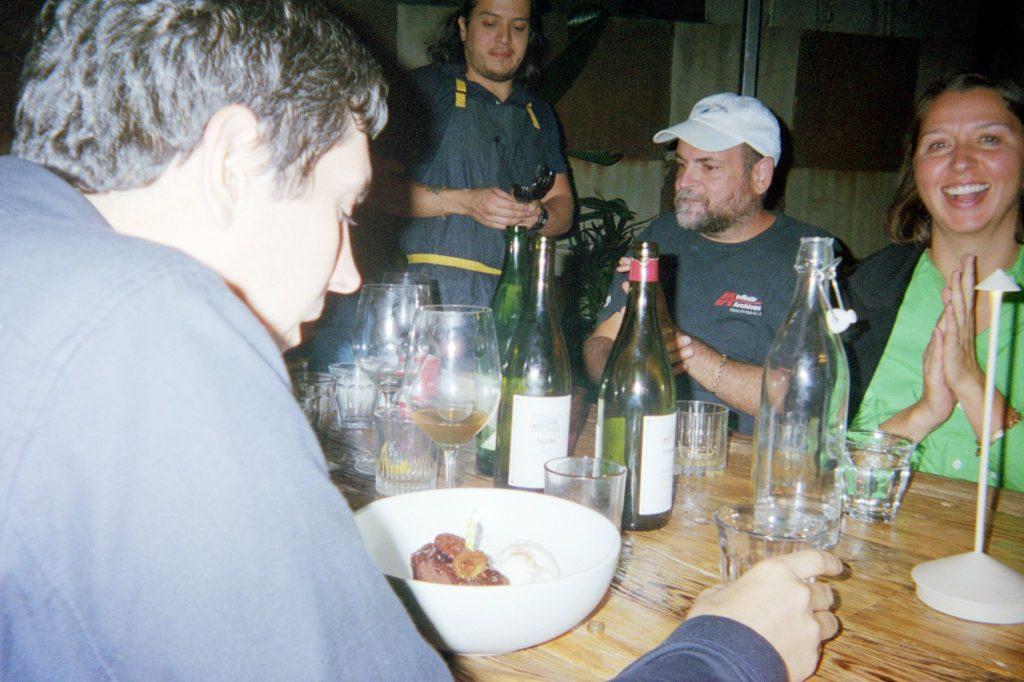 Sam Beaubien, my husband and partner, turned 40 the night before the auction. We had the most beautiful meal at LARINA to celebrate then got back home, fired up for the auction the next morning. Happy Birthday, Sam! 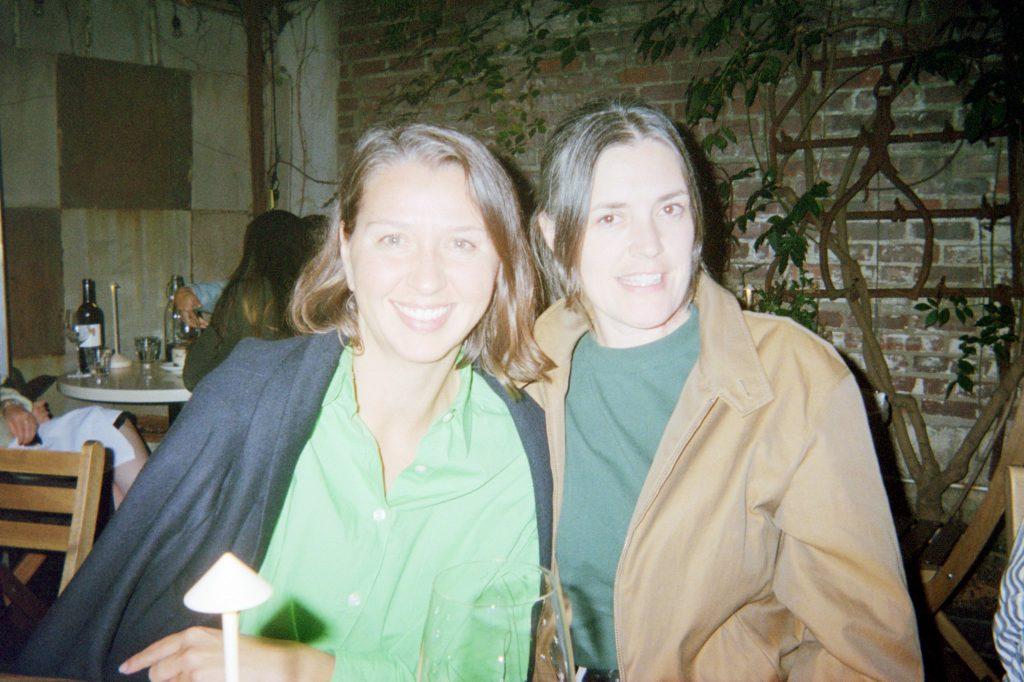 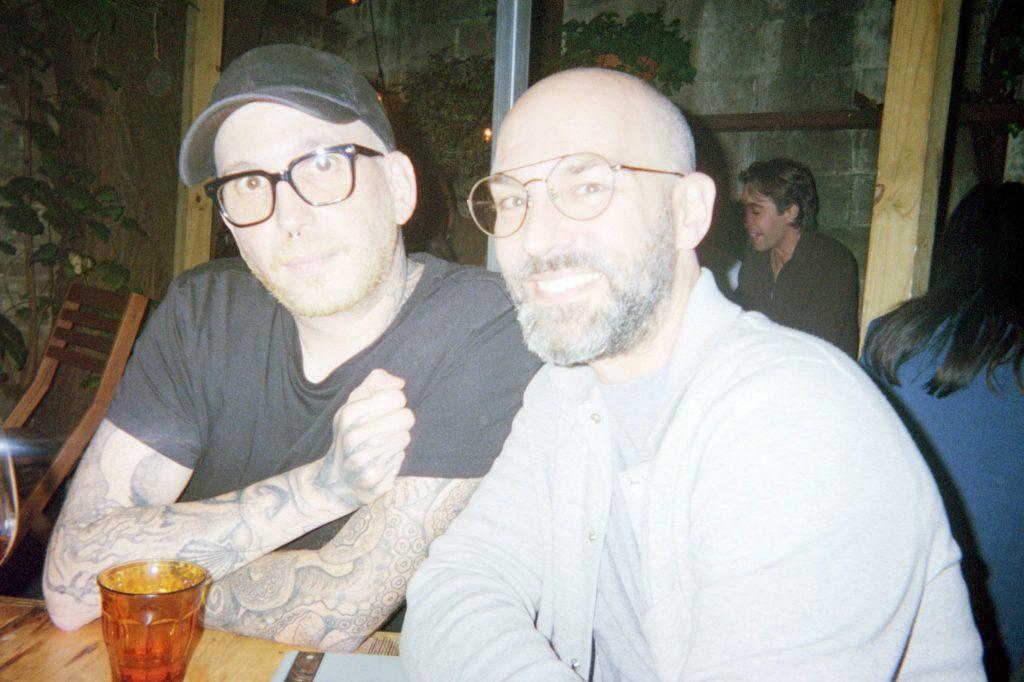 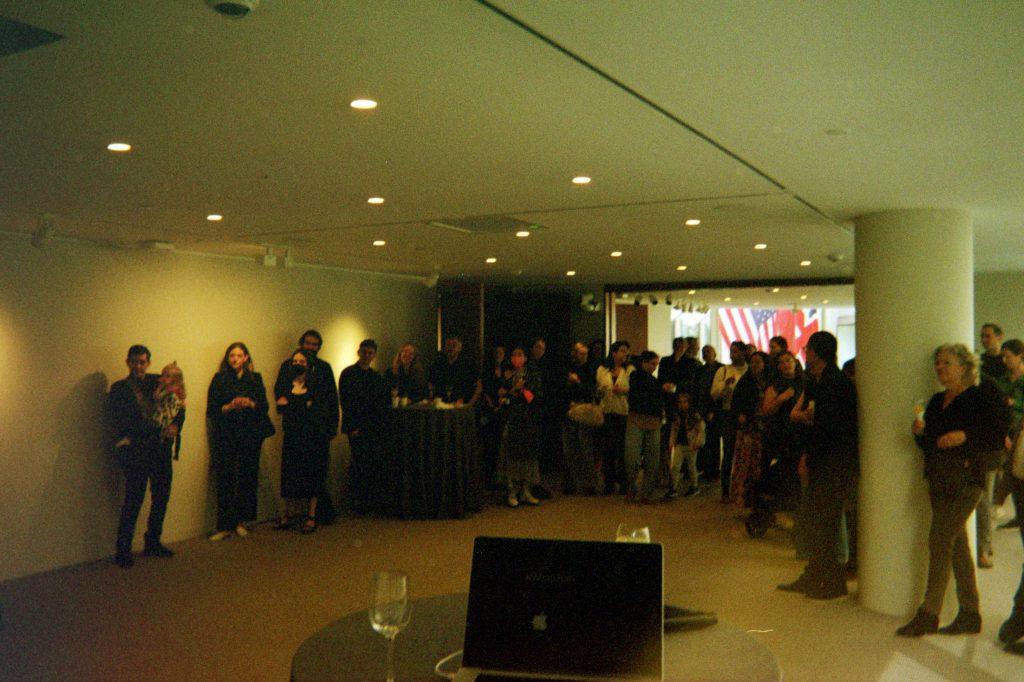 Sam Moyer, Sam Beaubien, Florence, and I all attended the Christie’s day sale that featured our charity auction, which was called “FLOURISH: Art for the Future — Supporting a Cure for STXBP1 Disorders.” I have to confess I only ever attended evening sales prior to this event and a day sale moves much faster, in a way. It was incredible for me to watch everything go by. Epic amounts of deeply meaningful correspondence with artists and galleries went into planning this sale, and so much more time was spent with Christie’s finalizing all of the details. We then watched the lots go by in about 35 seconds flat. My partner Sam is a composer and musician, and he was blindsided by the pace and the sums. He sat silently weeping for the duration. I always think that if my life took a different course I’d likely be a more private person, but no progress will come from that approach now.
$1,175,500. An astonishing and truly meaningful amount. 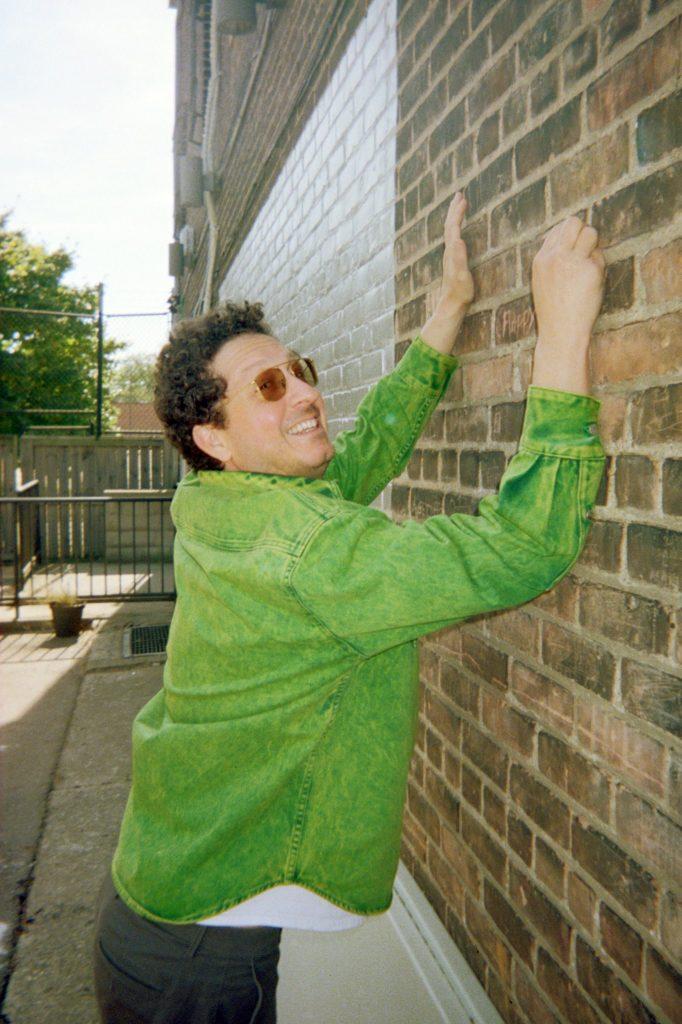 This last image cuts back to Detroit and to Midwest native Tony Matelli. Tony has a history with Detroit as he is a graduate of Cranbrook‘s MFA program. It’s no secret that he’s an incredible artist and one of the most fun and rewarding people to spend time with. He signed the brick wall in our backyard behind the gallery. The wall has about 1,000 signatures of children and young people who spent time in the building when it was a community center. We’re grateful to be here and to be doing what we’re doing. ♥️