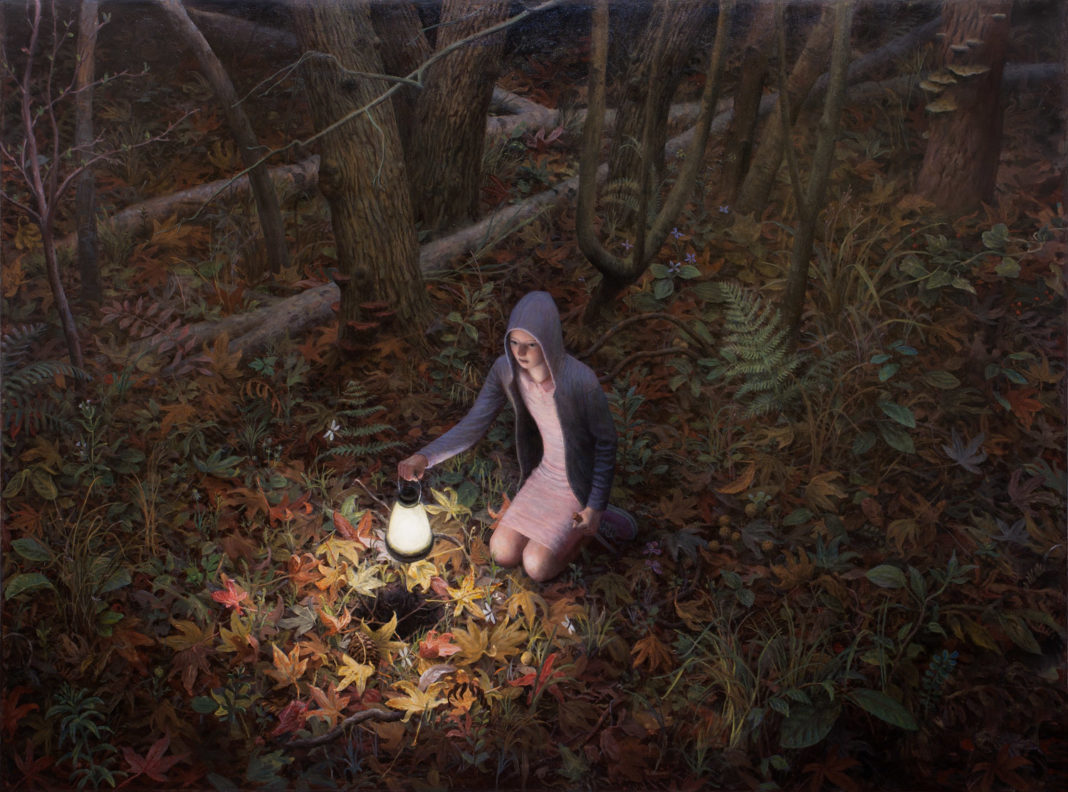 In his dreamlike paintings, Aron Wiesenfeld depicts scenes of young women in moments of hushed reflection. Wiesenfeld’s artworks are often set outside in softly illuminated environments at twilight or dusk. Youthful female figures quietly observe their surroundings or are poised at the edge of entering a new realm. 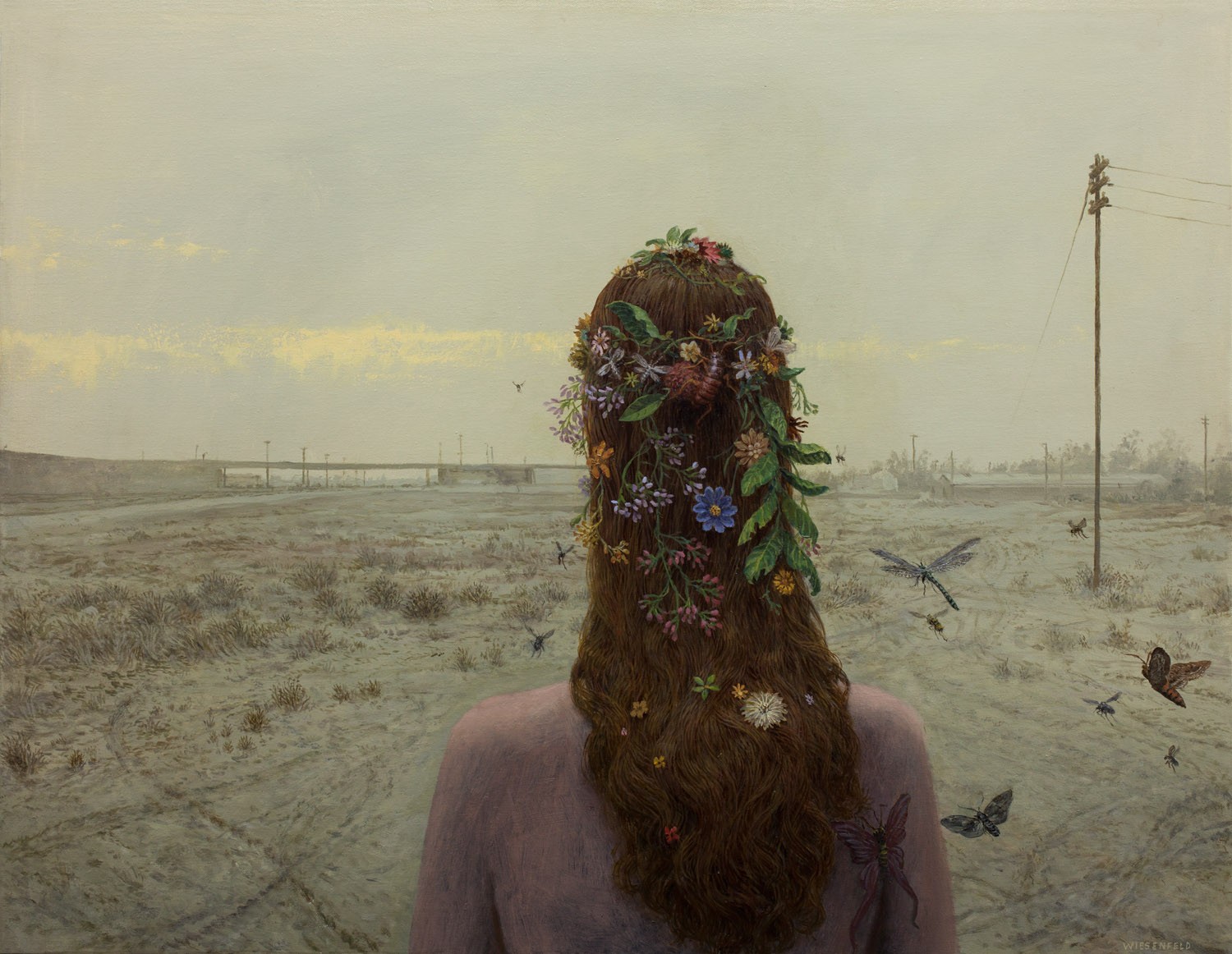 In an interview with Juxtapoz, Wiesenfeld describes how he finds and processes inspiration: “Ideas come from anywhere… places, memories, movies, art, etc. A book called Art and Fear said, ‘Notice what you notice.’ I thought that was great advice. So many times something that flashed by my consciousness might be lost just as quickly. There is a kind of discipline to saying, ‘Wait, there was something interesting there, what was it?’ Memory is so transitory… I want to get to my sketchbook as quickly as I can.” 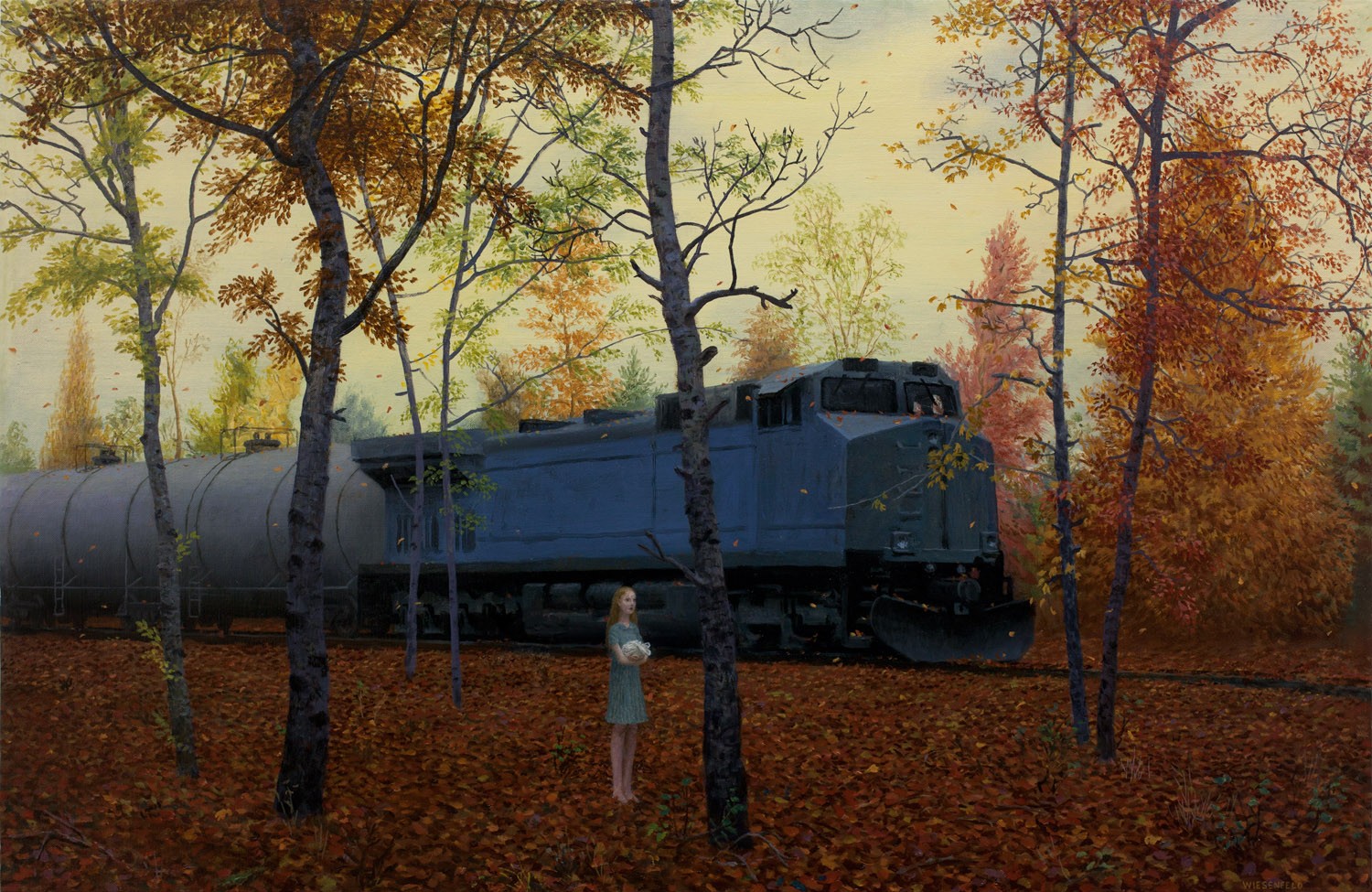 Aron Wiesenfeld was born in 1972 in Washington, and graduated from the prestigious Art Center College of Design. Today it is considered a bright representative of modern art. He paints psychological portraits, the roots of which go much deeper than the traditional view of portraits. Like alienation, his work is immediately recognizable in the progressively evolving light of art. 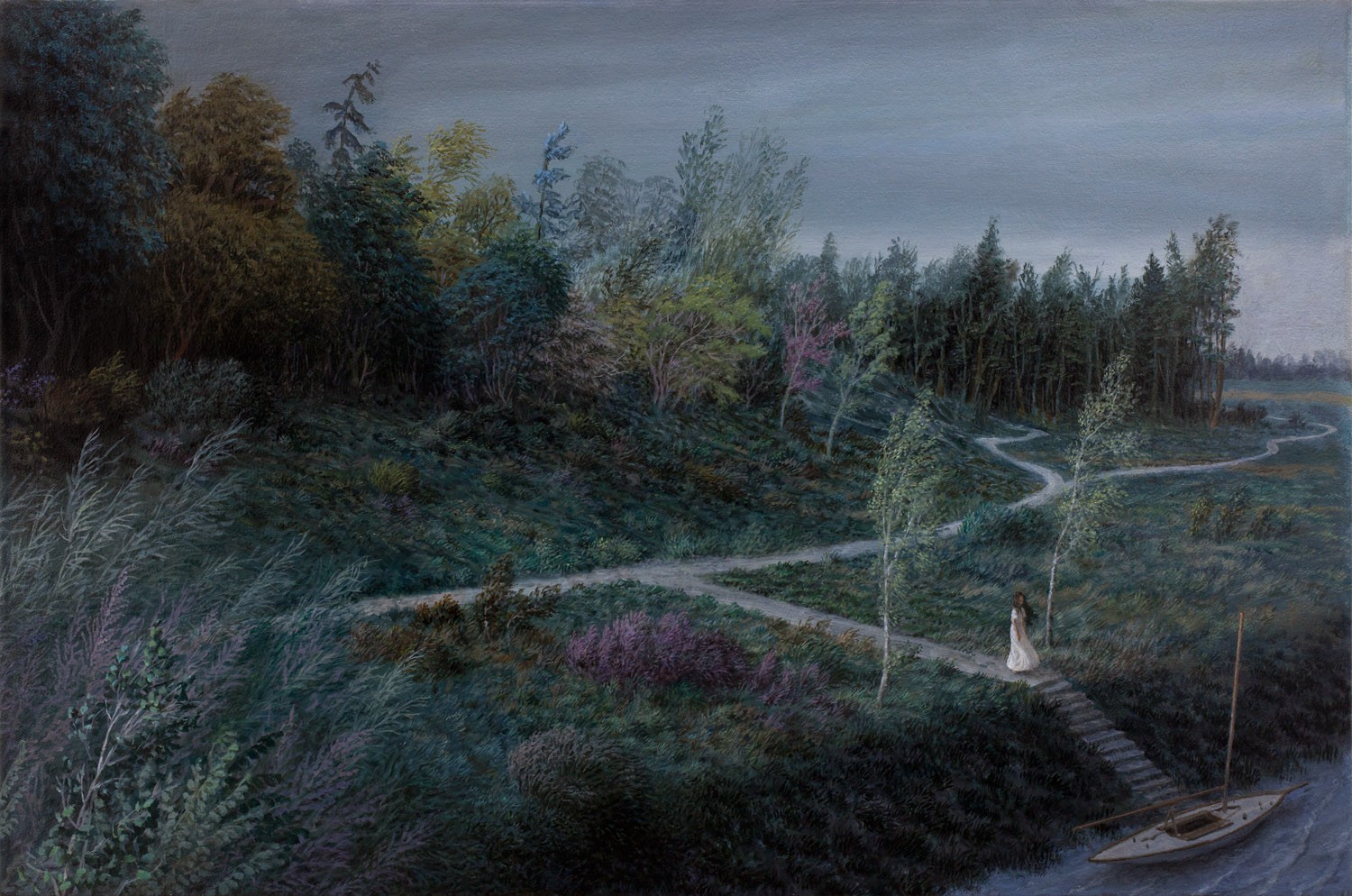 The artist never works with live models, his ubiquitous visual “model” is muse and inspiration. Day by day, Aaron catches a glance at the life events of events and reflects them on the canvas. That is why he claims that his work develops on its own (the image is built during the creative process) and does not say pathetic words about himself as a great and mighty creator. 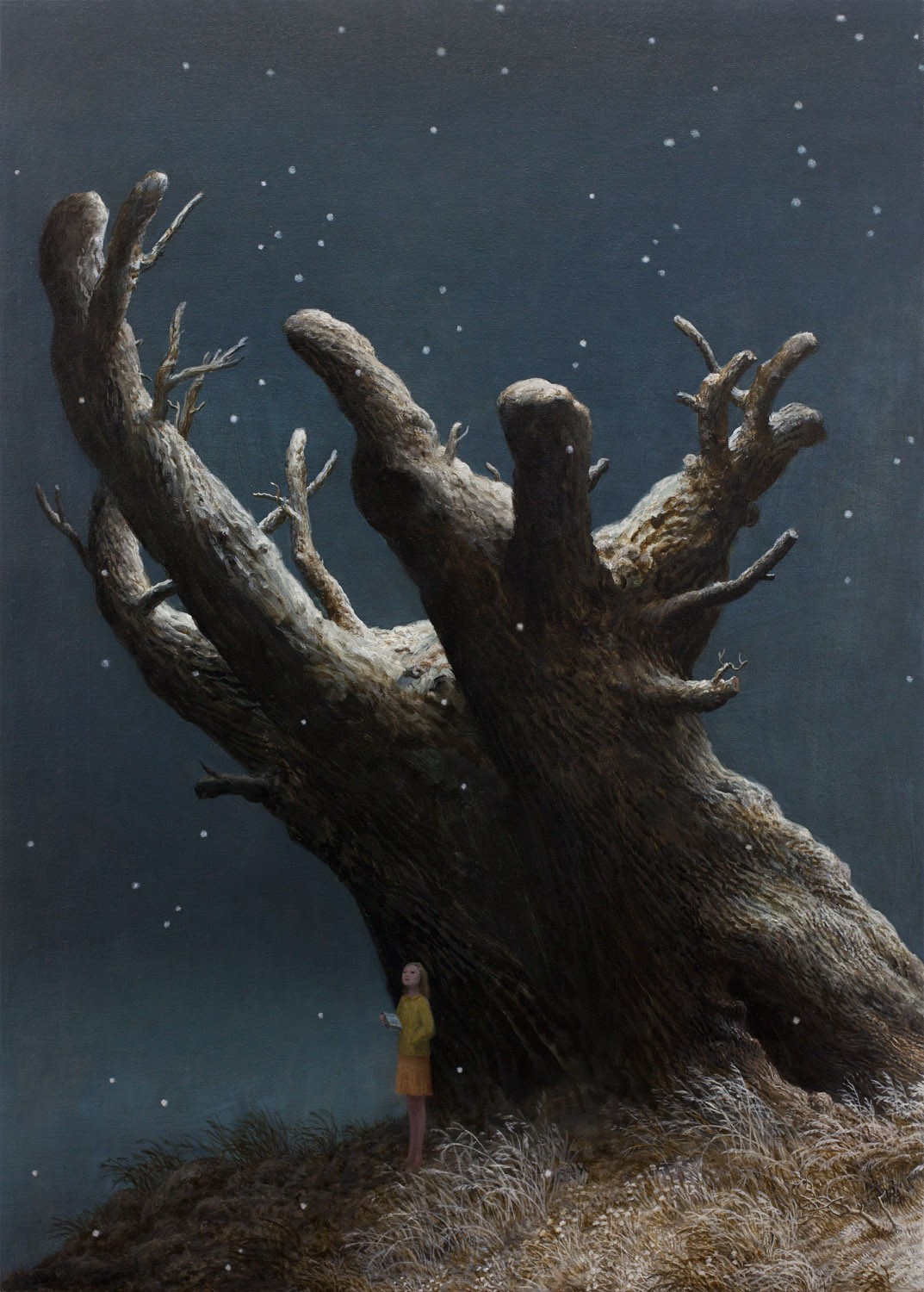 Illustrative during the creative process of Aron is empathy with the figure or character of the mystical story. Compassion and empathy are the most important aspects of the artist’s work. Aron Wiesenfeld aims to ensure that his work emanates precisely these qualities, giving the viewer a good subtext for thoughtful and insightful reflections. 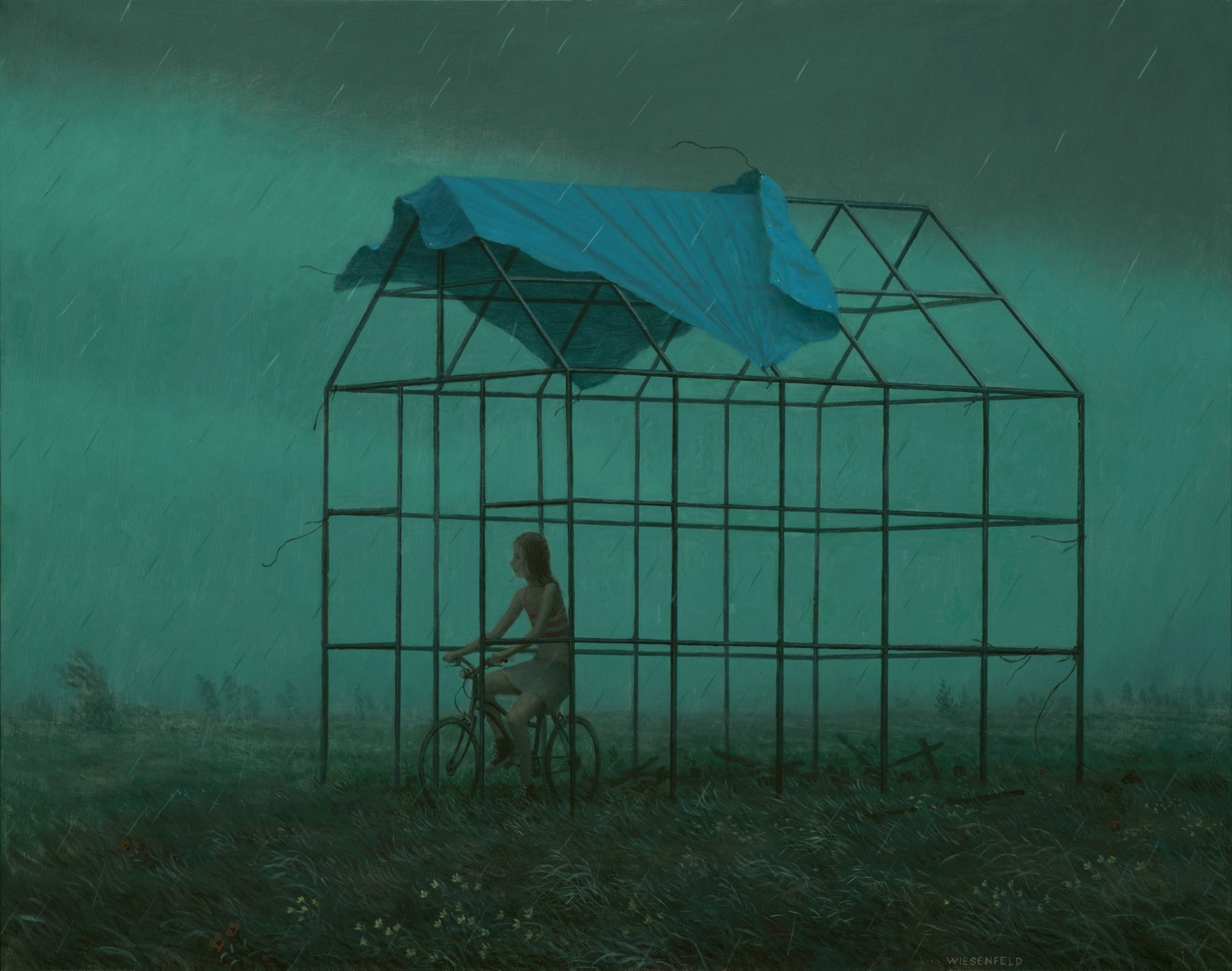 Isolated, alienated position of the teenager does not leave the indifferent looking. Portraits of the master – not just mysticism and the more banal “horrors”, they are much deeper. Of course, mysterious mystery prevails in the unfolding events, which gives the characters of author’s stories of isolation from their immediate situation, pacified contemplation … The author leaves the viewer the right to think, making his characters a puzzle. 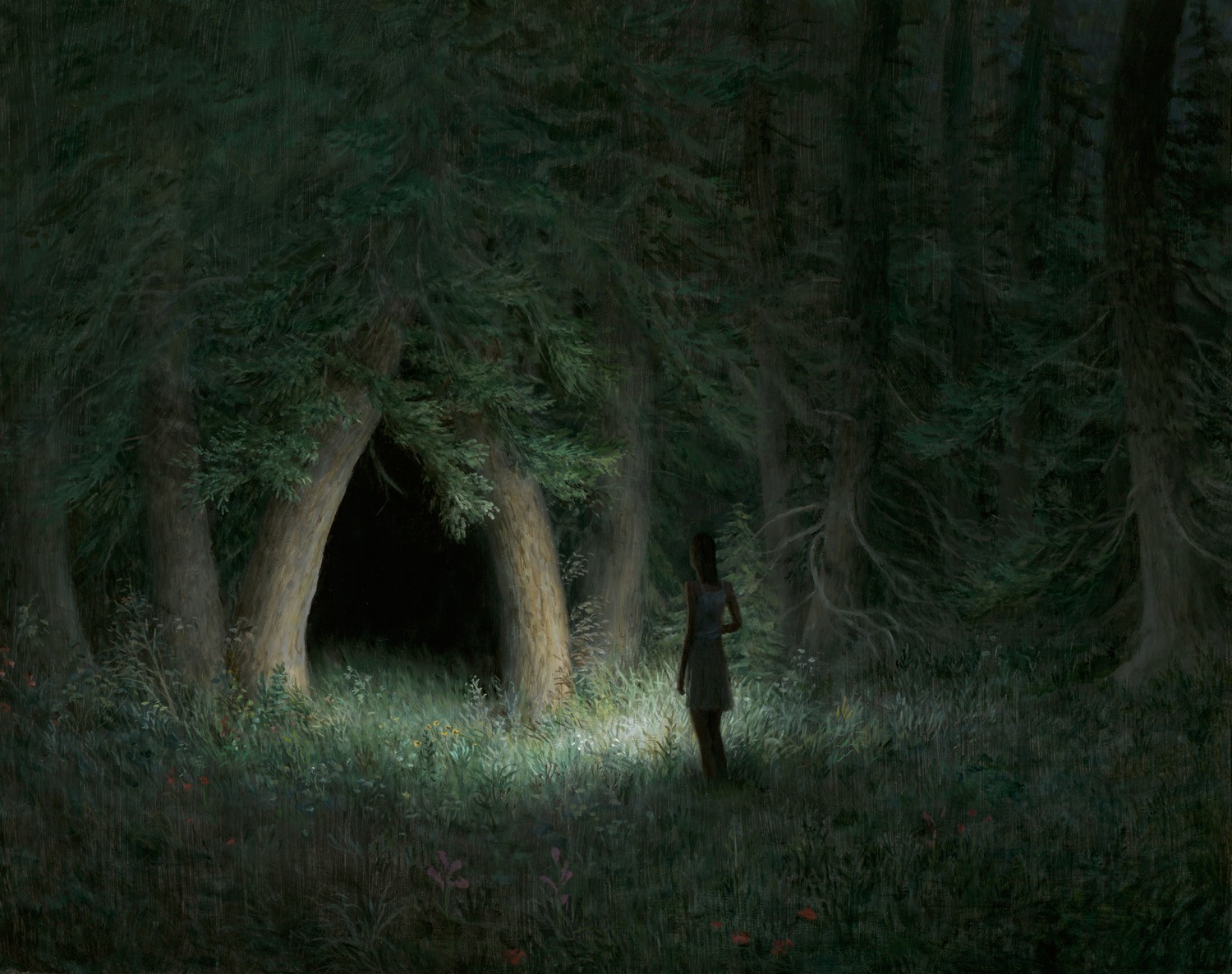 In addition to oil painting, Weisenfeld often uses coal. Thanks to this material, he manages to bring the atmosphere of the work closer to black and white photography, which also increases the empathy effect. Nevertheless, Aron Wiesenfeld believes that colored oil paintings seem to be more alive, that’s why the artist prefers color to the color. 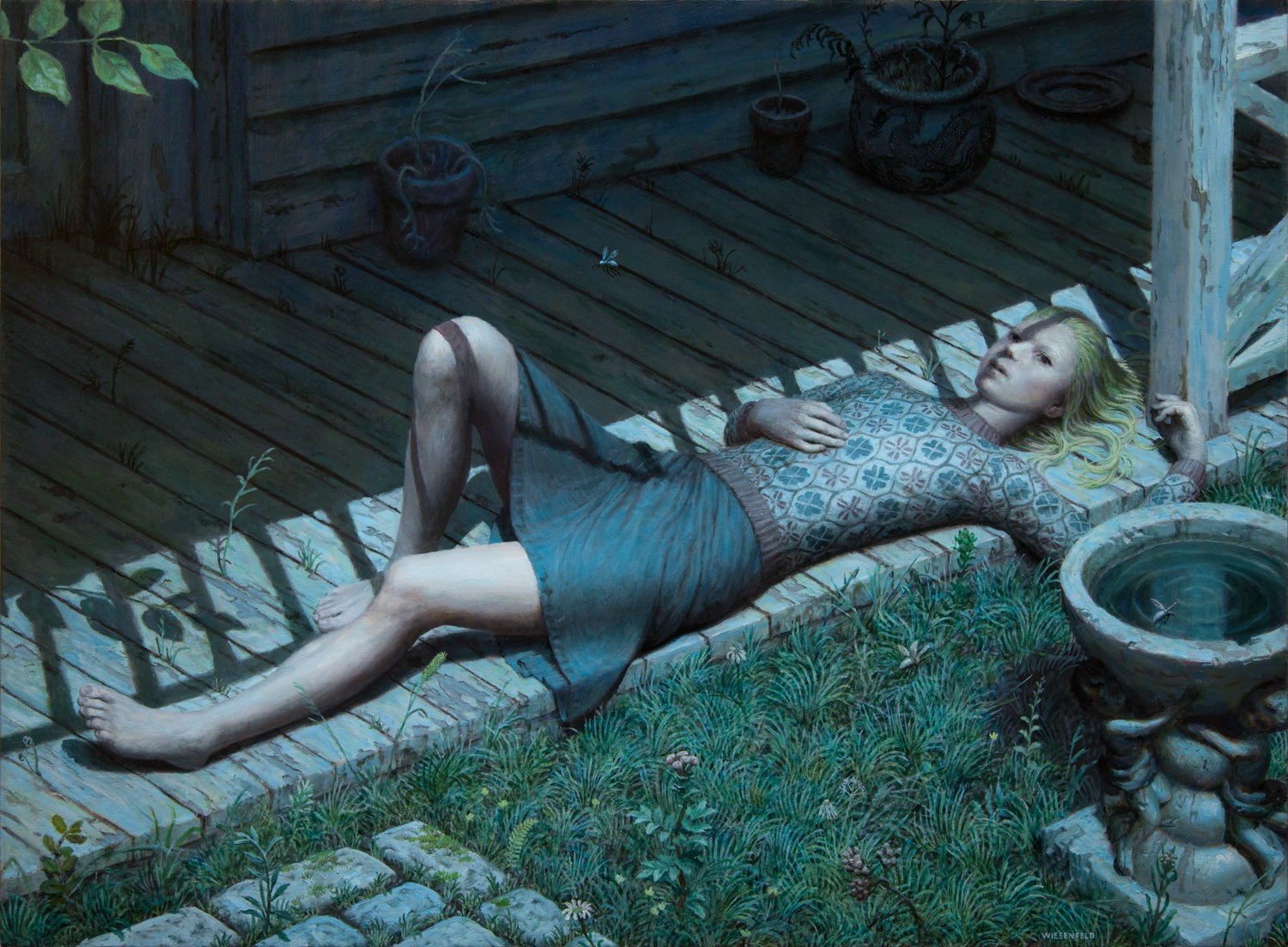 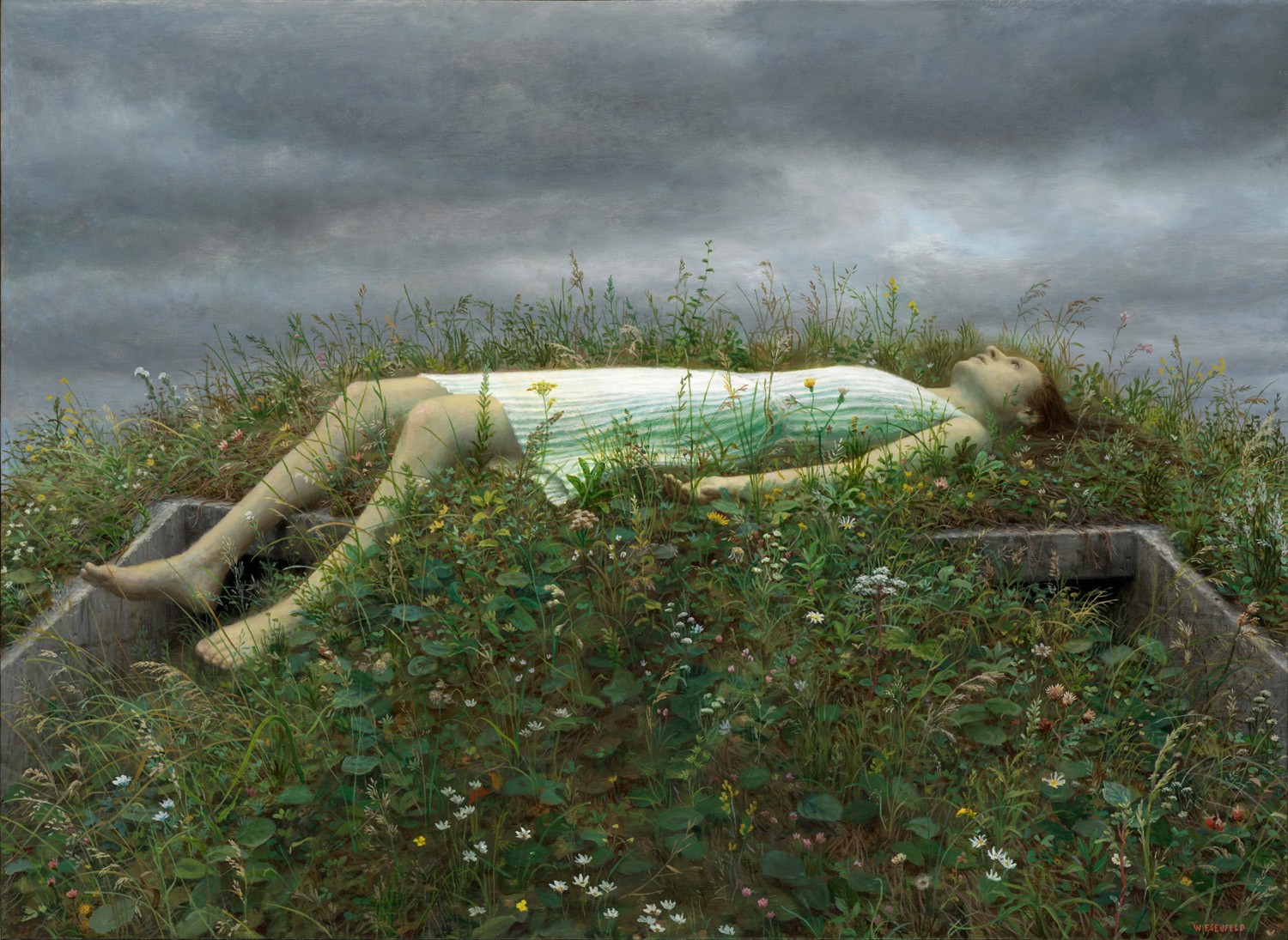 Wiesenfeld studied at The Cooper Union and ArtCenter College of Design and currently resides in San Diego, California. His upcoming solo show will be at Arcadia Contemporary in New York in 2019. Wiesenfeld occasionally offers signed print editions of his paintings via his website, and he has also published a book which compiles the last fifteen years of his artworks. You can stay up to date on new paintings and drawings via Instagram and Facebook.

Paintings That Will Drop You Out Of The Reality

The Getty Earned £ 24.5m Parmigianino After No UK Museum Tries To Match Price