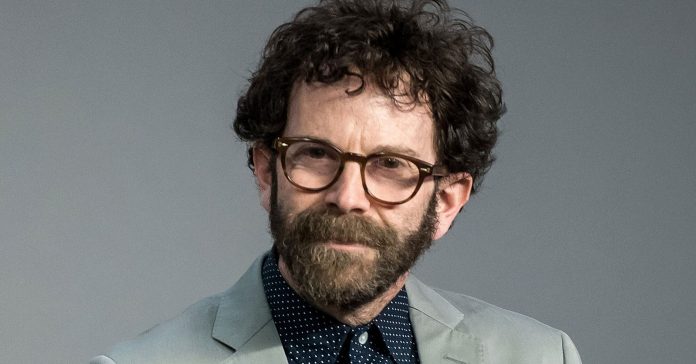 Oscar-winning writer and director Charlie Kaufman (” Eternal Sunshine of the Spotless Mind “) announced the development of a new series.

Kaufman told the details of the project. It is based on a screenplay he once wrote, and the screenplay is based on the novel IQ 83. Most likely, it will happen, but the director does not know for sure. But he is extremely interested in it because of the circumstances in which we live. It will be curious to explore the concept of all this, treat it as a kind of metaphor.

IQ 83 is a novel by Arthur Herzog, in which human intelligence is reduced as a result of the spread of a random but dangerous virus. The main character, Dr. James Healey, is desperately looking for a vaccine, but he has less and less time.

In 2014, Kaufman worked on a film adaptation of the novel with Paramount Studios. The main role was to be played by Steve Carell, but the project was frozen. Kaufman’s new film, Thinking How To Finish It All, will be released on Netflix on September 4th.

Charlie Kaufman is the winner of the Oscar and BAFTА for the best original screenplay for the film Eternal Sunshine of the Spotless Mind. He also received two Oscar nominations for his screenwriting debut, Being John Malkovich and Adaptation. His directorial debut, New York, New York, was nominated for the Palme d’Or at the Cannes Film Festival. Charlie is distinguished by the fact that in his stories, he delicately juggles fiction and reality.

Charles Kaufman was born on November 19, 1958, in New York. From a young age, he became interested in cinema.

In 1994, 36-year-old Charlie wrote the genius screenplay for Being John Malkovich. His hero is a loser puppeteer who gets a job in a strange office, where he discovers the door to Malkovich’s brain. No wonder that no one dared to finance the creation of such an unusual film for several years. Director Spike Jonze helped find money, he convinced his father-in-law, Francis Ford Coppola, to invite Malkovich himself to the shooting. When the star signed the contract, the money was found with lightning speed.

In 1999, five years after the script was written, the film was released. Kaufman’s surreal story has paid off and amassed a ton of awards. Charlie’s full-length debut was nominated for an Oscar, Golden Globe, BAFTA, and Saturn Awards. Kaufman finds himself in the Hollywood Writers Super League.