Two masterpieces by Aleksandr Deineka are re-united for the first time at MacDougall’s Auctions and Tate Modern. Executed by Russia’s most influential artist of the 20th century, two panels were painted for the Soviet pavilion at the Paris International Exposition of 1937; they tell the tale of a master artist in Stalinist Russia. While _Stakhanovites, _
from the collection of Perm State Art Gallery and now on view in Tate’s exhibition _Red Star Over Russia, _ is the penultimate version of the mural, _Heroes of the First Five-Year Plan_ at MacDougall’s presents its unique first interpretation. 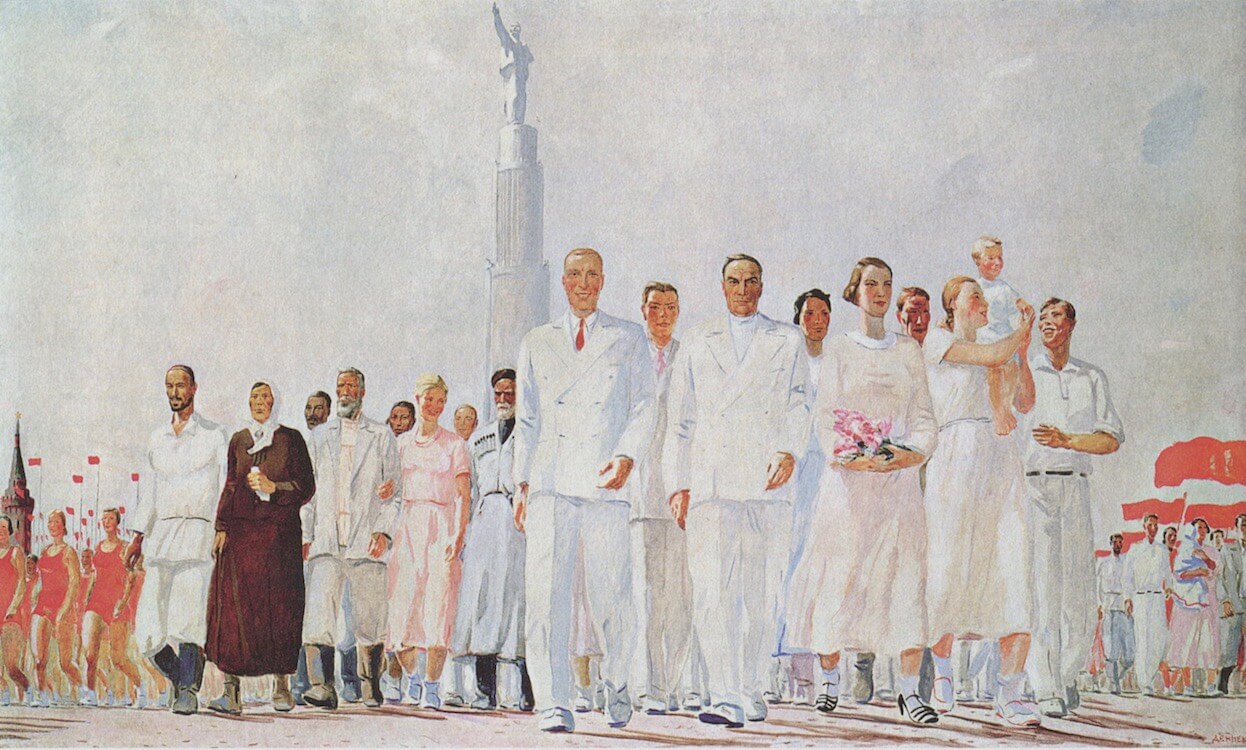 In less than a year while working at it the avant-garde genius Deineka turned into the main mastermind of the socialist realism. This first canvas started the most famous series of
gigantic panels created by Deineka in 1936–1939 to glorify Soviet workers and is the only work in the series still remaining in private hands. It is going on sale at MacDougall’s Important Russian Art auction on 29 November with an estimate of £2,000,000–3,000,000. 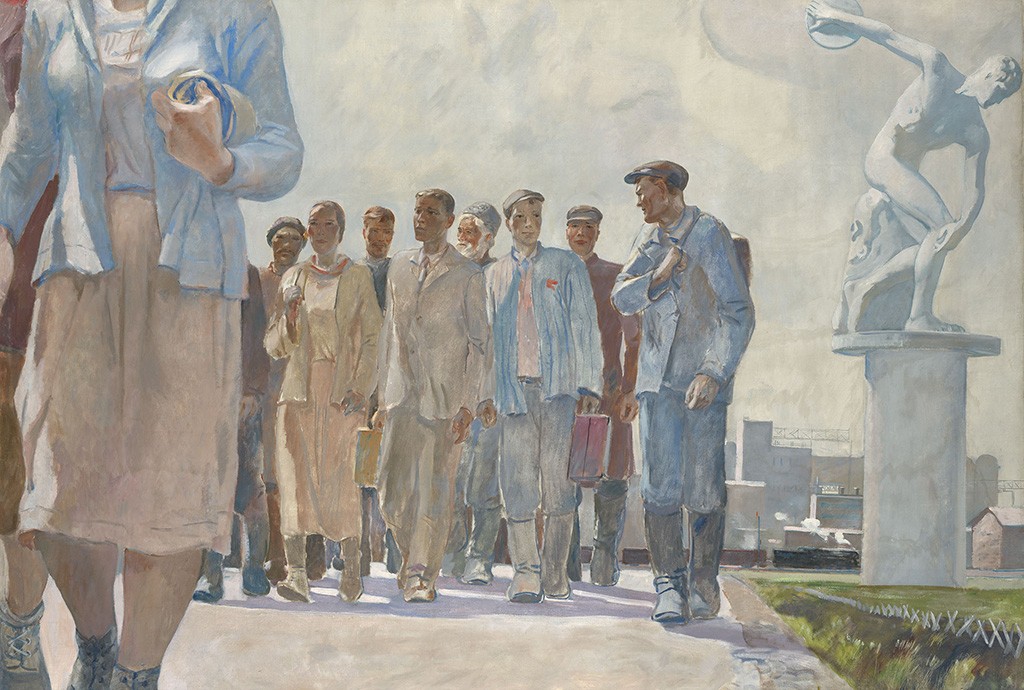 We remind you that Alexander Deinega, known primarily as the creator of a series of works about happy Soviet people engaged in sports and joyfully working in factories, factories, and mines. But, as it turned out, it is not so simple. After all, to all this Alexander is also an artist, who in the present XXI century is called a modern modernist. Today, more often than not, the master is spoken of as the creator of the image of a “happy Soviet man.” The artist Alexander Deineka had everything that the Soviet authorities could covet, and he was also valued abroad. In 1937 he received the gold medal at the Paris World Exhibition, two years later for the mosaics for the Mayakovskaya station he took the Grand Prix at the New York International Exhibition.

MacDougall’s is the only auction house specializing exclusively in Russian art. It is known that the auction is held twice a year during the Russian Week in London, in June and December. They include paintings by Russian artists of the XIX – XXI centuries, as well as graphics, icons and arts and crafts.

Since its founding in 2004, MacDougall’s has entered the top three in selling Russian art, holding a quarter of the world market in this sector. The planned expansion of the scope of activities in several areas, including private sales and the opening of a new office in Moscow, will undoubtedly allow the MacDougall’s auction house to multiply the successes of previous years.