Home News A 17th-Century Galileo Manuscript Proving the Earth Isn’t the Center of the... 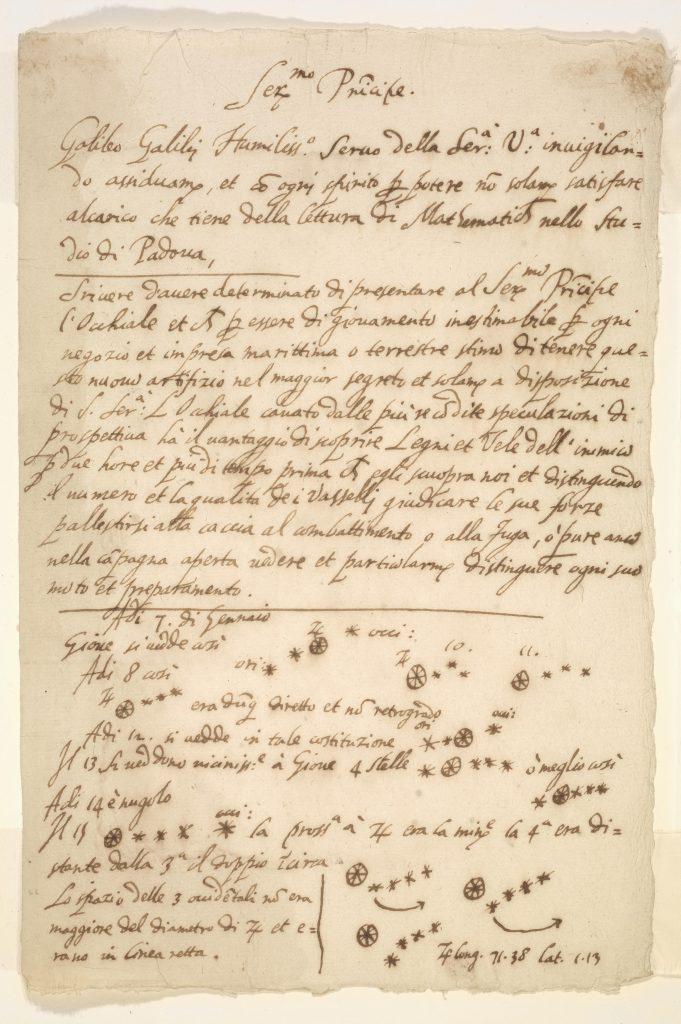 For more than 80 years, a manuscript drafted by Galileo Galilei was considered “one of the great treasures” of the University of Michigan’s library. That is, until recently, when an expert on the 17th-century astronomer discovered that the document is a 20th-century fake.

Acquired by the school in 1938, the top half of the single-leaf letter finds Galileo reflecting on the potential uses of a telescope he built in 1609. On the lower part, the Italian scientist demonstrates one of the first observations he made with the instrument: glowing objects around Jupiter that appeared to move position nightly—the planet’s moons.

Galileo’s revelation would, in due time, have profound implications on our understanding of the universe. And the document, according to the university, was thought to be among the first pieces of “observational data that showed objects orbiting a body other than the earth.”

But in May, Georgia State University historian Nick Wilding made his own important observation: the Galileo letter had a few suspicious peculiarities.

Wilding also noticed that, even though the two sections of the letter were written months apart, the ink appeared consistent across both.

“It just kind of jumps out as weird,” he told the New York Times this week. “This is supposedly two different documents that happen to be on one sheet of paper. Why is it all exactly the same color brown?”

The catalogue for the auction at which the manuscript first appeared further inspired doubt in the historian’s mind. It claimed that a former archbishop of Pisa had authenticated the letter by comparing it to two other Galileo documents that had been given to him by Tobia Nicotra—an infamous counterfeiter from Milan.

Wilding reached out to the University of Michigan library with his evidence, and after conducting its own investigation into the provenance of the piece, the institution came to the same conclusion: The manuscript was a forgery. The school announced the news this week.

“It was pretty gut-wrenching when we first learned our Galileo was not actually a Galileo,” Donna L. Hayward, the University of Michigan’s interim dean, told the Times.

Wilding’s research into a watermark on the letter led him to another dubious Galileo manuscript, this one supposedly from 1607, at the Morgan Library and Museum in New York. Accepting Wilding’s assessment, the Morgan said it would update its catalogue to clarify that the piece was “formerly attributed to Galileo.”