Home News A Hoard of Gold Coins Found Hidden in a Wall in the... 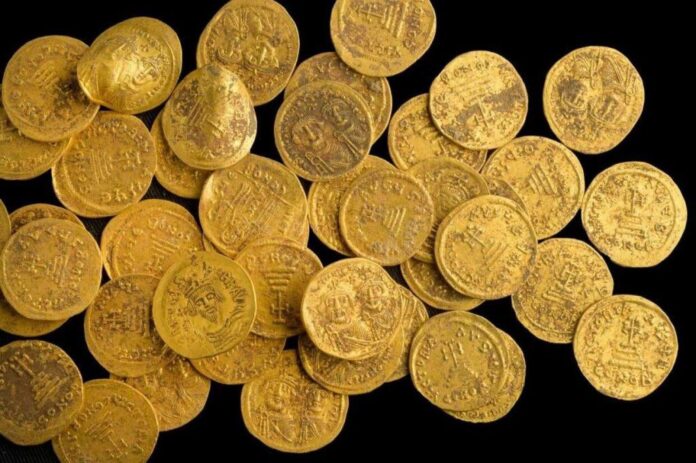 A newly discovered trove of gold coins found in a wall at a nature reserve in the Golan Heights, an area Israel annexed from Syria during the Six-Day war in 1967, is shedding new light on ancient Muslim conquests in the area.

According to the archaeological team led by the Israel Antiquities Authority’s Yoav Lerer, the 44 pure gold coins, each adorned with effigies of the emperors Phocas (A.D. 602–610) and Heraclius (A.D. 610–644),  were hidden, likely in haste within a wall in the year A.D. 635, the same year Muslims took control of the area that was a mostly Christian settlement at the time.

“The discovery reflects a specific moment in time,” Lerer told the . The hoard was uncovered during an excavation of a residential quarter of the ancient city—remains of buildings, water channels, and pipes were also found.

The Byzantine Empire, the eastern half of the Roman Empire, was in fact the longest-lasting medieval empire, surviving for more than 1,000 years. The area where the coins were found, known across the Christian world as Banias, was important because it is allegedly where Jesus told Peter, “on this rock, I will build my church.” 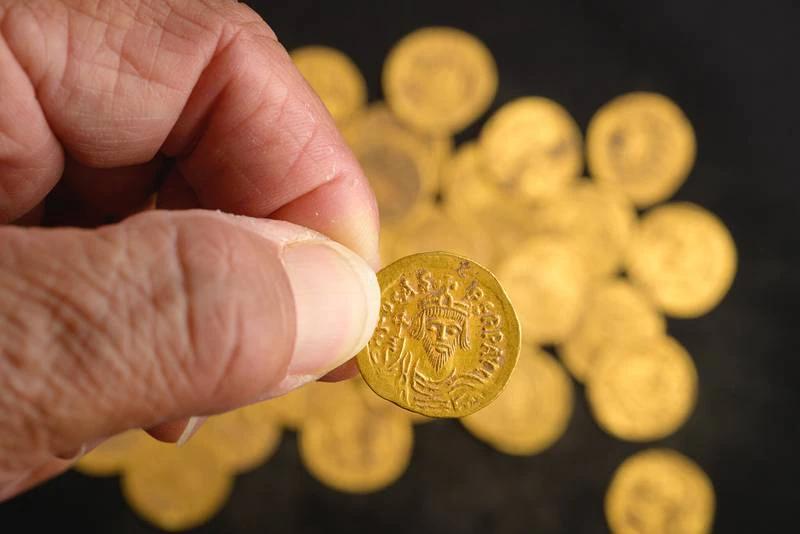 A coin featuring the image of eastern Roman emperor Phocas. Archaeologists in Israel say 44 pure gold coins dating to the 7th century have been found hidden in a wall at a nature reserve. All photos: Israel Antiquities Authority Facebook.

The find provides further evidence of the economic impacts of the Muslim conquest of the region. Over the centuries, the area has seen numerous conflicts due to its importance for the Christians, Jews, and Muslims alike.

Following Rome’s collapse and the ransacking of the city by Barbarian tribes in 410 A.D., the Byzantine empire, centered in what was then Constantinople (present day Istanbul), began to flourish, encompassing a massive geographical area from the Eastern Mediterranean, Syria, Iraq, Lebanon, and Israel.

“We can imagine the owner concealing his fortune in the threat of war, hoping to return one day to retrieve his property,” Lerer, the lead researcher, added. “In retrospect, we know that he was less fortunate.”

Art during the plague. How artists around the world depict the coronavirus