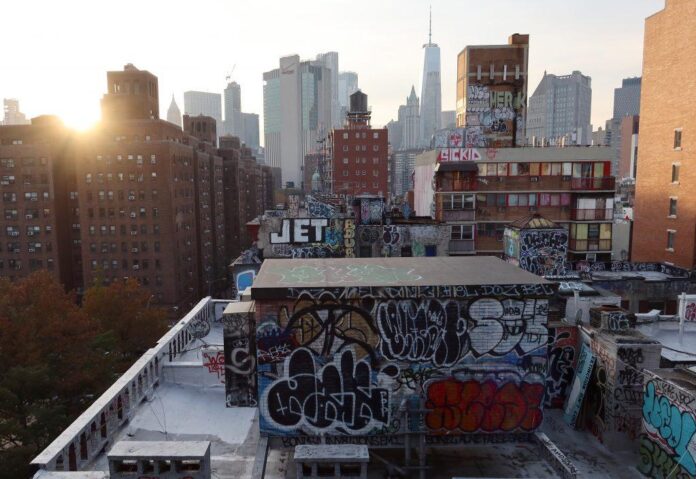 Myanmar Artist & Wife Arrested by Military Government – Artist Htein Lin and his British wife Vicky Bowman, formerly a U.K. ambassador to Burma, have been detained on charges of violating immigration law, according to Reuters. The couple has been sent to Insein Prison in Yangon. “No one who lives in Myanmar today feels safe,” Lin said two weeks ago in protest against the junta’s execution of four pro-democracy leaders. ()

Russian Museum Founder Arrested for Criticizing Ukraine Invasion – Meanwhile, Yevgeny Roizman, a critic of the Ukraine war who established the Nevyansk Icon Museum in Yekaterinburg, was arrested for speaking out against the war and referring to it as such. He is under house arrest awaiting trial and could face five years in prison if convicted. ()

Kaitlin Phillips Gets the Profile Treatment – One of the few publicists who is comfortable becoming the story—and one of even fewer who might be considerably more interesting than her clients—art flack Kaitlin Phillips gets the profile treatment from the . Ahead of the article’s publication, Phillips reportedly called a friend she shares with writer Amy Larocca and said, “I think she’ll probably describe me as fascist-adjacent.” As Larocca put it, “Ms. Phillips’s talent lies not in the production of genuinely scandalous or even controversial content, but rather in her ability to gain a reputation as someone who might, at any time, really go wild, while actually streaming the same old banal images as everyone else.” ()

German Cultural Council Condemns Climate Activists Actions – A group of climate activists who have made international headlines for gluing themselves to important artworks have arrived in Germany, and cultural organizations there are not pleased.  “As much as I can understand the despair of the climate activists, I say clearly that the act of gluing themselves to the frames of famous works of art is clearly wrong,” said Olaf Zimmermann, the German Cultural Council’s managing director. “The risk of damaging the artworks is very high.” Demonstrators glued themselves to by Lucas Cranach the Elder at Berlin’s Gemaeldegalerie on Thursday. ()

Art Journalist Charlie Finch Dead at 68 – Charlie Finch, a notorious art critic who wrote highly opinionated, often barbed columns for Artnet Magazine about the New York art scene from 2005 to 2012, died at 68. According to Walter Robinson, a former editor of Artnet who hired Finch, the journalist was battling cancer and died by “defenestration.” Read Finch’s full archive here. ()

Artist Manuel Solano on Making Their Best Art Yet After Going Blind – A major exhibition is opening at Dundee Contemporary Arts on August 27 dedicated to the rising star Manuel Solano. The Mexican artist lost their sight to an HIV-related illness when they were 26. At the time, Solano thought their painting career was over. Now, the aim is to show audiences that their body is not “an ill body… It’s a body that went through illness, and past it.” ()

Alicia Keys and Hillary Clinton Host National Portrait Gallery Gala – This year’s gala at Washington D.C.’s National Portrait Gallery honors Dr. Anthony Fauci, who is leaving his post as director of the National Institute of Allergy and Infectious Diseases after nearly 40 years; tennis stars Serena and Venus Williams; and award-winning filmmaker Ava DuVernay, among others. Portraits of the 2022 honorees will be on view at the museum from November 10 through October 22, 2023. ()

Churchill Portrait Stolen in Canada – In a heist built for a movie, staff at the Fairmont Château Laurier hotel in Ottawa discovered that the original signed print of Yousuf Karsh’s iconic 1941 image of the former British Prime Minister Winston Churchill had gone missing—and been replaced with a fake. The Ottawa Police are investigating the case. ()

Drought in Italy Reveals Ancient Imperial Bridge – The worst drought to hit Italy in more than seven decades has resulted in the exposure of piers that once held a bridge over the Tiber River. It was built during the first century for Emperor Nero as a path to his gardens near present-day St. Peter’s Square, but fell into disrepair by the third century. When water levels have been particularly low in past years, just one pier was visible; this year, two are clear. ()

USPS Will Issue MFA Boston’s Virgin & Child Painting on Stamp for Christmas – This September, the United States Postal Service is releasing a limited-edition stamp adorned with the 16th century Florentine painting of the Virgin and Child, which is part of the Museum of Fine Arts Boston’s permanent collection. The forever stamp will be issued September 22, leaving plenty of time to mail Christmas parcels. () 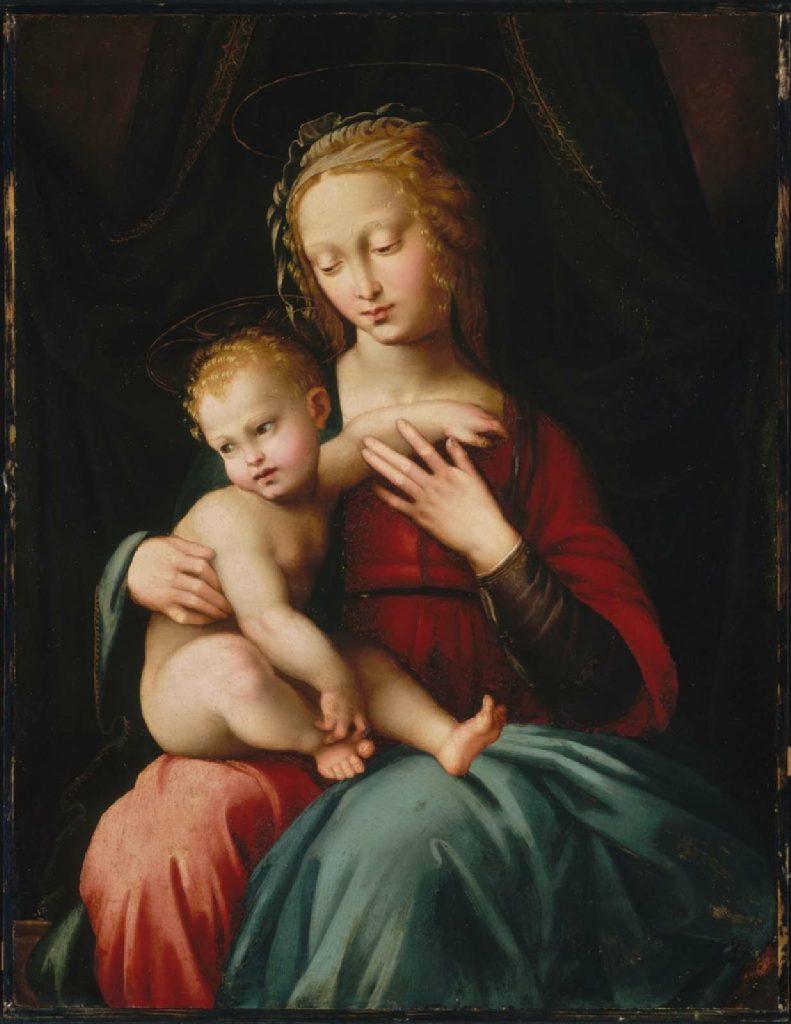 The Master of Scandicci Lamentation, Virgin and Child (ca. 16th century). Courtesy of the Museum of Fine Arts Boston. 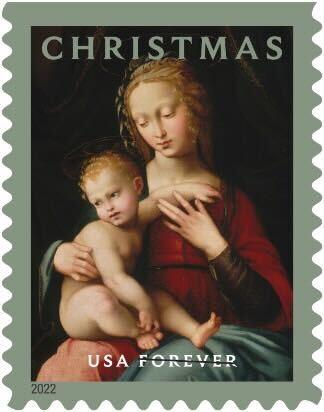 The Master of Scandicci Lamentation, Virgin and Child (ca. 16th century). Courtesy of the Museum of Fine Arts Boston and the USPS.