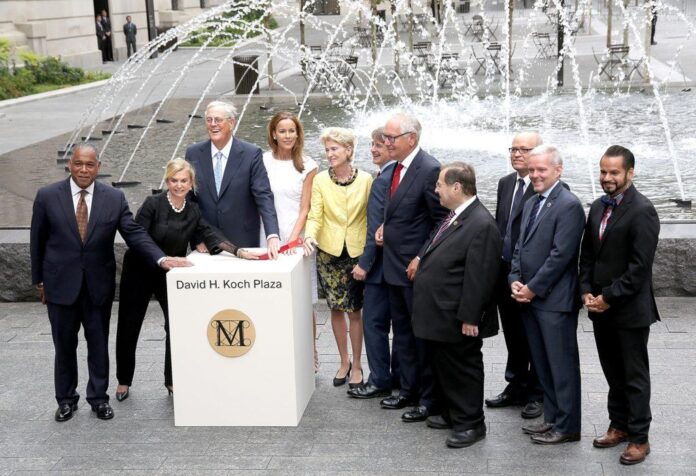 I am writing on the occasion of the publication of the 2022 Burns Halperin Report, which reveals the dismal state of diversity in American museums under your watch. If you are wondering why a vast body of underrepresented artists, unionizing art workers, and protestors inside and outside the museum are not grateful for the art patronage of the wealthy, here is your answer.

Delivering hard facts, the report shows that little has changed in the demographics of museum collections since the authors evidenced in 2018 and 2019 that claims of an uptick in the representation of women and Black American artists were largely unfounded. Demands for equitable representation in American museums date to the 1960s and were a major topic by the 1980s. The recent wave of strikes and protests make clear that the time for dialogue is up. We—a growing mass of art workers committed to systemic change—have bibliographies of ideas. We want to implement them now.

There are many solutions to repair the current broken system. I have deliberately chosen to focus here on two of the least radical: board reform and tax reform.

Yes, there are outliers. Many museums do good work. Philanthropists are not all the same. I know that you are accustomed to owning your individuality. But today, you, too, are a statistic: a representative of a class. Take it as a cultural experience—learn how it feels to be lumped into a group. I am not trying to be rude, dear Billionaire. Surely you agree that we cannot rely on the will of individuals to do good in a system historically designed to make a few rich and the majority of us varying degrees of poor.

Museum directors speak of “educating” their boards on issues of diversity, equity, and inclusion. But if, 50-plus years in, you still need to be educated, why are you at the helm? Of course, your bequest includes cities, hospitals, libraries, universities, and museums. But it certainly does not mean that you are the best candidate to sustain them for the future.

Structural change is administrative and economic. Changing the demographic composition of boards is not structural change. The notion that board members of color will serve their communities according to racial or ethnic identity is essentialist. It is based on assumptions about who their constituencies might be or how they personally formulate their loyalties. Real change does not trickle from the top. It grows from the grassroots.

Changing the class composition of boards, however, can instantly address their demographic problem, because the rank and file are not overwhelmingly white. Boards keep the lights on, you argue? Indeed, and it points to a solution: separate funding from influence and power. 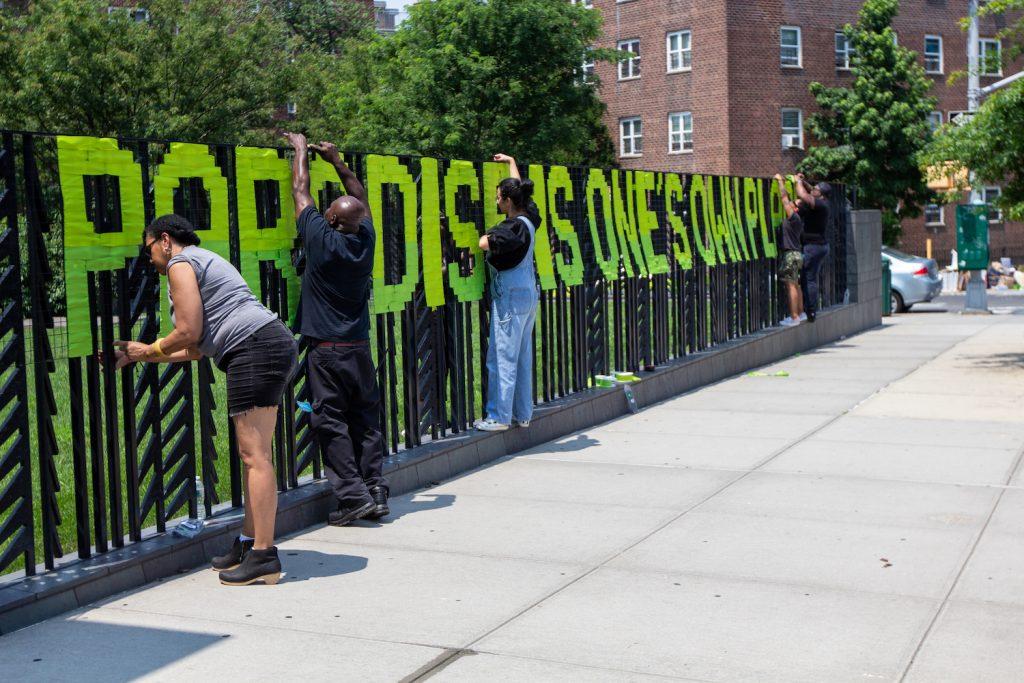 “The Song That I Sing is Part of An Echo” fence weaving led By Brooklyn Hi-Art! Machine, presented by A Blade of Grass in collaboration with Weeksville Heritage Center. Photo by Brittany Laurent.

Not realistic, you say? Well, it’s already happening. We are watching closely the transformation of  A Blade of Grass, which, following extensive listening sessions with key stakeholders, is transitioning to a paid, professional board structure that includes artists, art workers, educators, and community organizers. (Hopefully, the donor funding this initiative will stay outside the organization’s decision-making process.)

We need your expertise, you maintain? You certainly can remain involved if you lend it from a place of equality, from your position as a minority with a corresponding power of the vote.

Union leadership and autonomous organizers have proven to be remarkably effective and are better captainship candidates. Successfully bargaining with powerful institutions, organized art workers have turned weakness into power, winning by collective action and tenacity. Distributing expertise to avoid domination, they show how to share skill rather than leverage hierarchy. The autonomous tenant union wave, for example, is facilitating a basis for solidarity between people within the system and the radical coalitions of the working poor—a class whose practices have been habitually ignored by the art establishment.

True, museums can neither give solo exhibitions to all artists, nor collect everything. But everybody deserves access to education and to a fair chance. This is prevented by the interconnections between museums and a winner-takes-all art market. And that’s why, beyond separating funding from governance within institutions, the spoils from this broader art system should be shared.

Significantly, the Burns Halperin Report clarifies that the tendency to focus on a handful of artists is exacerbated when it comes to women and Black artists, as well as those at their intersection. This is because investment risk is greater for historically excluded artists.

But changing the market to change museum representation misses the root of the problem, as does deaccessioning historical art to fund new purchases. The latter sends works into private hands, makes auction houses richer, and fuels market concentration at the top. An abundance of money is circulating in the art world, we shouldn’t have to sell our cultural patrimony to fund diversity. The results are statistically insignificant, anyway. The San Francisco Museum of Modern Art, for example, bought excellent diverse works with funds from the sale of a rare Rothko, only to have them immediately overpowered because of a legacy promise to commit over half its space to a private collection focused predominantly on blue-chip, white male art. 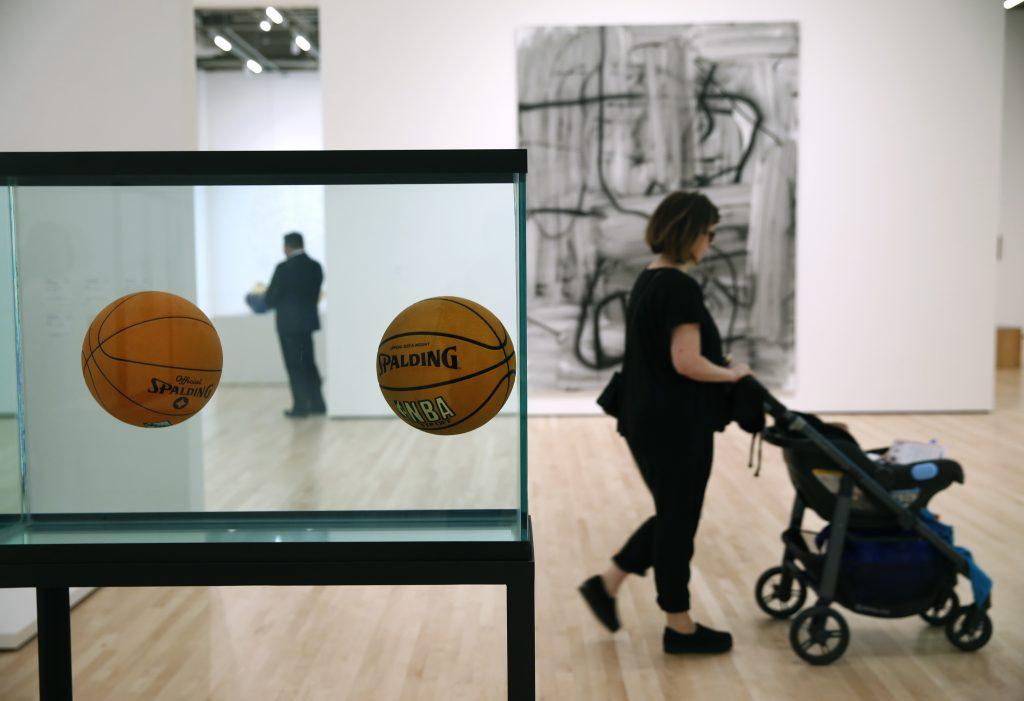 Laura Fried strolls past artwork by Jeff Koons in the Fisher Collection galleries at the reopening of SFMOMA in San Francisco on May 14, 2016. (Photo By Paul Chinn/The San Francisco Chronicle via Getty Images)

Public-private partnerships allow museums to claim they are public when it comes to taking money, but private when it comes to transparency and accountability. Built on the principle of small government and a civil society supported by publicly subsidized private wealth, the American nonprofit system is an unregulated and uncoordinated gray zone.

Depleting public institutions of resources and replacing peer-reviewed work with unverified and unchallenged research, nonprofits led by laymen are wasting enormous resources on half-baked foundations and facile scholarship sustaining an ineffective status quo. Individuals praised for giving pittance to racial equality are the very same ones that have donated billions of dollars to supplant public education, which is a proven source for racial justice. That individuals have the means to open their own museums is itself a sign of collapsing democracy.

The top-heavy prices fetched by several dozen asset-class artists are also leveraged by a financialized lending market that moves cash against collateralized art. Wealthy board members play both sides of this game, helping to boost the value of their collections by donating or approving works for acquisition in museums and then monetizing others through both sale and loan in the market. All this is only possible because of the total art system, but only a few reap the profits.

Taxes can regulate museum and market inequalities at once. A “Museums and Markets” law taxing the secondary and lending markets could funnel money into a pool supporting the sector, while including provisions such as patrimony clauses to keep important works in public trust.

One option is a marginal tax (that rises in correlation to escalating profit) ranging from 15 percent to 50 percent that is applied to profits. Necessary reporting, similar to real estate, would form the basis for regulation and generate much-needed publicly available data. The lending market will be taxed for profits made on collateral loans, based upon, and in addition to, financial gains. Discouraging speculation, it is likely to curb the unjustifiably disproportionate market.

We do not have the information to calculate the aggregate outcome of taxing profits from art sales and loans, but consider this: a 15 percent tax on U.S. auction sales from 2008-mid 2022 would amount to $10 billion. For perspective, the 2021 National Endowment for the Arts’s appropriation is $167.5 million. Although we are comparing apples and oranges to a Corinth grape, the ideas presented here offer a sense of the funding potential and to initiate dialogue about the forms actual structural change might take.

Some precedents that, with modifications, can help us model this tax and its administration include: state sale taxes on yachts and luxuries (plagued by manipulable loopholes), the San Francisco Hotel Tax (letting wealthy locals off the hook), and the Arts Tax in Portland Oregon. The latter taxes society to pay for arts education and access, while the idea here is to tax wealth because it benefits financially from a system whose value is generated by society. 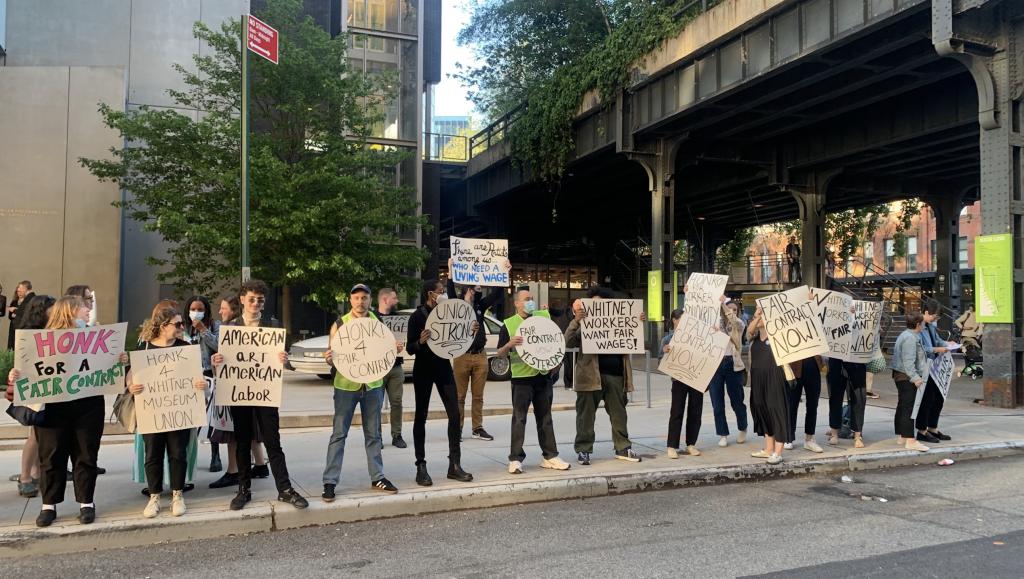 Protestors outside the Whitney Museum of American Art. Photo courtesy of Maida Rosenstein.

A secondary market tax would be funneled into a separate account administered by an agency whose assessment and periodical restructuring is formed by ongoing stakeholder debate. Agency personnel are elected, and distribution is by a peer-reviewed system, where “peer” is widely defined. Jurors alternate, and their work compensated. Historically excluded and underserved institutions would receive consideration and support in application. Establishing exceptions to gatekeeping mechanisms, such as nonprofit status, will allow a broader range of groups to apply for funding. Use of funds involve the actual communities these institutions inhabit, to oppose, for example, leveraging art as gentrifying vanguard. Conflict and antagonisms are inevitably part of the process, but are resolved by catering to the interest of the weakest constituents. Partnerships with peer-reviewed research forums facilitate a network for study and feedback, guided throughout by the principle of redistributing social wealth to fund an equitable art field.

We reject the claims that change is slow or that we need the wealthy for their philanthropy. History has witnessed radical shifts and economic structure is malleable. It is societies, not individuals, that produce wealth. This isn’t extreme, it’s Adam Smith—the father of capitalism.

We want control because foregone tax monies slotted for philanthropy do not belong to individuals, but to society. Arguments to the contrary ignore legal history. Tax rates are an outcome of custom and convention. It’s a proven fact that motivation to pay taxes is subject to group pressure, and therefore changeable. Legislation might be difficult, but it is not impossible. The law is inherently a work in progress that can be propelled forward.