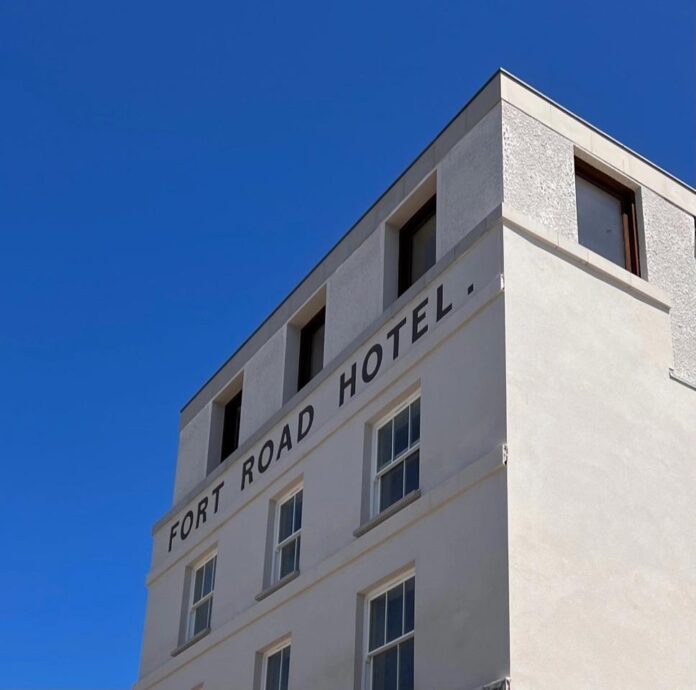 Last fall, Frieze founders Amanda Sharp and Matthew Slotover opened Toklas, a restaurant/bar/bakery/grocery in London—so named after Alice B. Toklas, the writer, cookbook author, and partner of Gertrude Stein, who would host the likes of Picasso and Picabia for dinner parties in their Paris home.

Now, Slotover has teamed up with Tom Gidley (the artist, writer, and magazine co-founder) and Gabriel Chipperfield (the developer son of Sir David) to open the art-filled Fort Road Hotel in Margate, England. 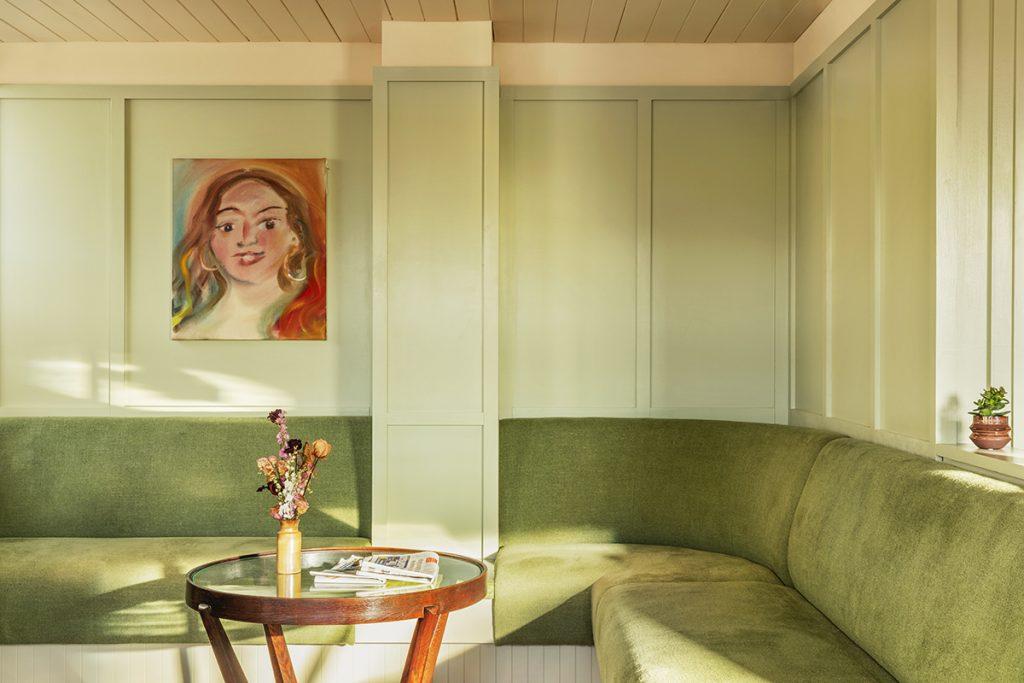 The faded resort town has become something of an art destination in the past decade—think “Shoreditch-on-Sea”—ever since the David Chipperfield-designed Turner Contemporary opened nearby on the waterfront, where its namesake, J.M.W. Turner, painted many an epic seascape (“the skies over Thanet are the loveliest in all Europe,” he once said).

More recently, while working with Margate native Tracey Emin on her sculpture studio, the younger Chipperfield came across a derelict public house and hotel. One of the oldest buildings in town, believed to have hosted Turner during its heyday, it had long ago fallen into disrepair.

As it happens, Gidley, who has made Margate his home, had stumbled across the site, too. In 2018, they teamed up with Slotover and bought it at auction. And then, they started four years of restoration work. 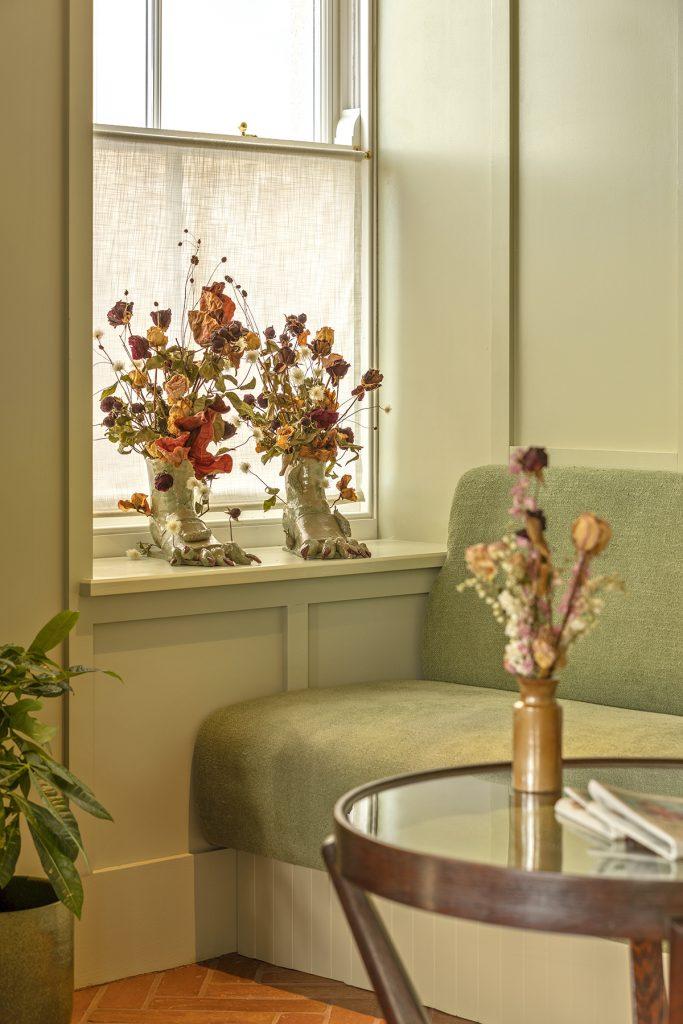 “It was a complete coincidence, and we had no intention of opening a hotel at the time,” Gidley told Artnet News. “We knew nothing about running an art magazine in 1990 when we met and we knew nothing about building or operating hotels when we bought this in 2018.”

But, he added, “The hotel was always seen by us as a ‘big house,’ and that appealed a lot.”

Art is everywhere, all curated by Gidley, whose own paintings are exhibited internationally and on site—though, he said, “I have never curated art before and I am a bit resistant to use that much overused term.” 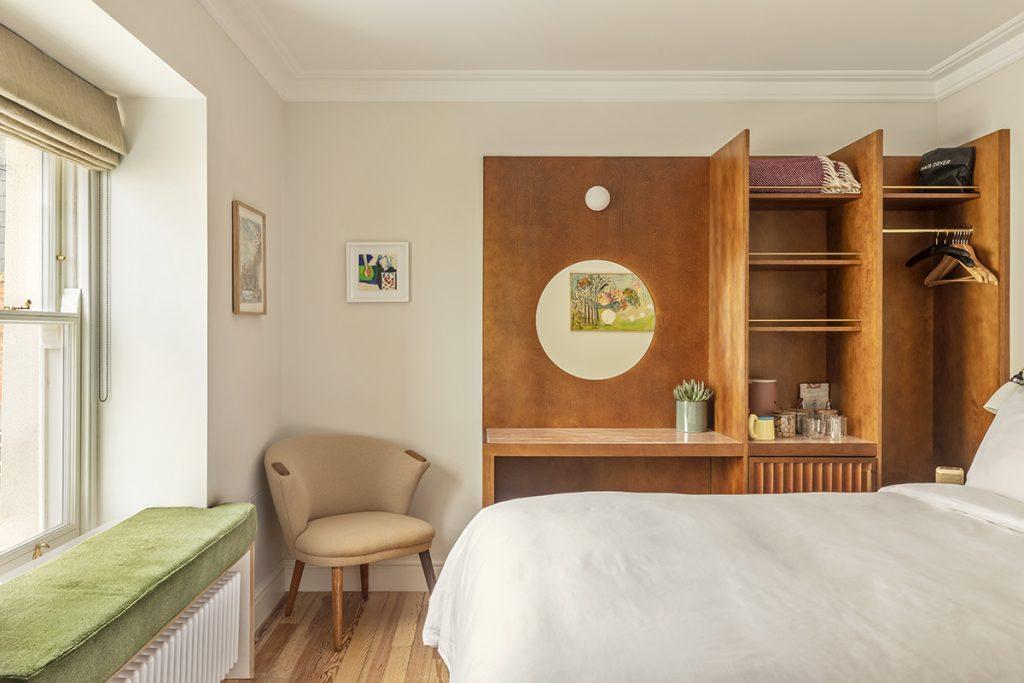 A guest room at the hotel. Photo: Ed Reeve.

He went on: “My approach was very simple, really: I played with the tradition of hotel owners hanging art they found wherever. I had free rein to find and buy vintage artworks on the basis that they appealed to me as a painter; the kind of thing that might make me pause to examine them more closely if I found them in someone’s home or in a hotel.”

The 14 guest rooms are muted in tone, with midcentury furnishings and 20th-century abstract art, as well as figurative oil paintings, gouaches, watercolors, and prints that Gidley found across the U.K., Europe, and the U.S. Many of them are by little-known midcentury female artists, such as the late British watercolorist Jean Dryden Alexander. 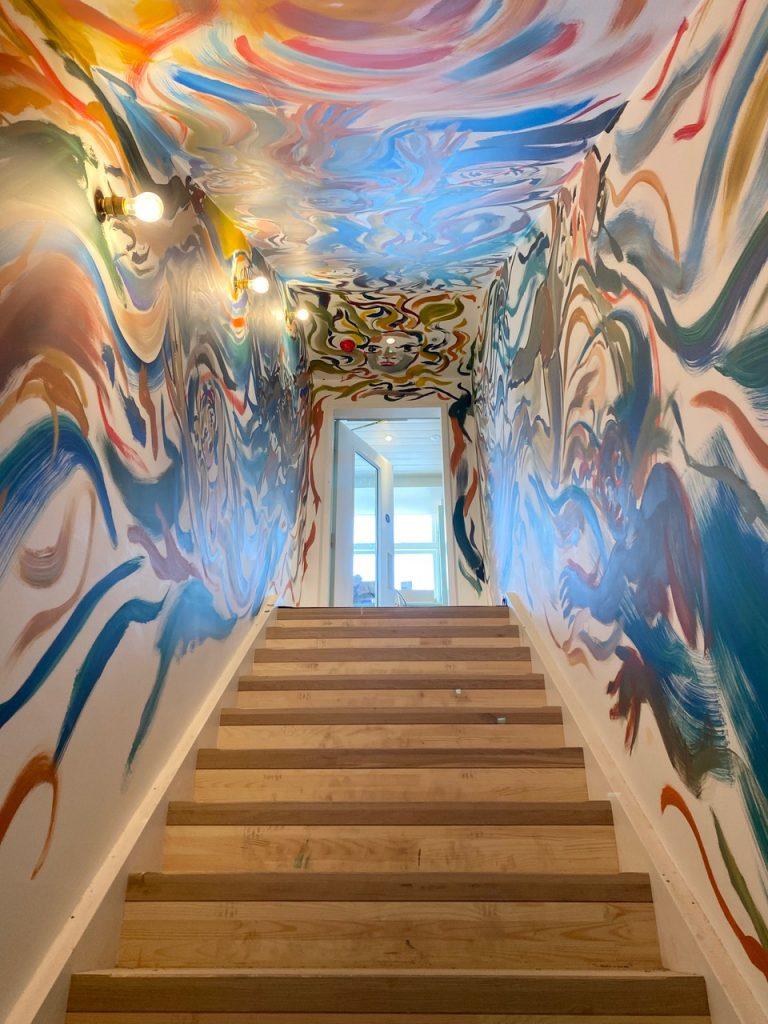 Local artist Sophie von Hellermann was commissioned to create a mural for the stairway between the bar and the restaurant. Photo: Ed Reeve.

For the contemporary works, Gidley said, “I wanted to keep to artists living or working in the area, and I knew there were enough interesting artists around me to make that work”—like Emin, whose has a neon work in the basement bar’s bookable vault. Meanwhile, he commissioned a swirling mural from Munich-born artist Sophie von Hellermann for the stairway between the bar and the locally inspired restaurant.

Meanwhile, photographs, postcards, memorabilia, and antique maps of Margate from the mid-18th to the mid-20th centuries line the corridors—“to present a sort of social history of the town,” Gidley said. “These took a long time to gather, and it’s an ongoing process.”