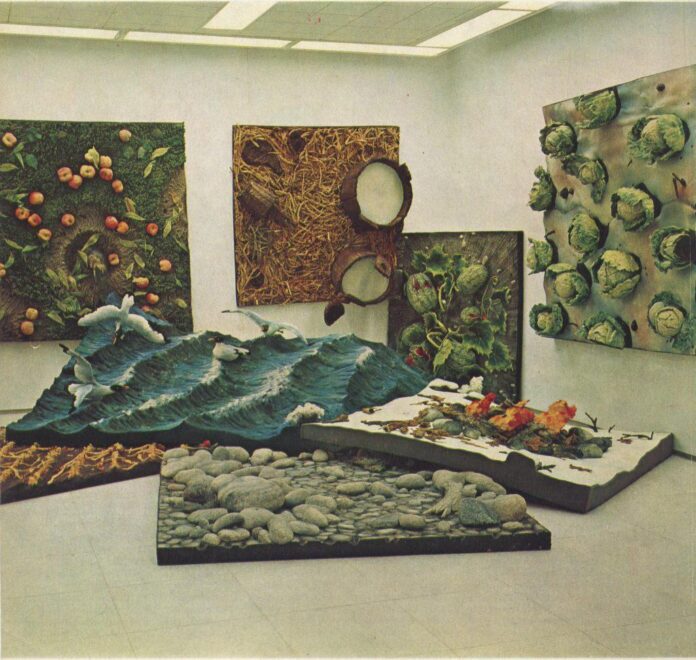 One Sunday circa 1965, while strolling along the Sangone river in his hometown of Turin, Italy, the artist Piero Gilardi stumbled upon something all too ordinary that would inspire an extraordinary new direction in his practice: a pile of trash. This was just a few years after the publication Rachel Carson’s , but a few decades before “sustainability” became a global buzzword—and the resulting series of works was nothing short of radical.

Believing that “art is life,” Gilardi hoped to catalyze a cultural “re-enchantment” with nature in its ideal state. For his , or “Nature-Carpets,” the artist used intaglio carving techniques to sculpt the likes of cornstalks, snow cabbages, fallen sunflowers, papaya and pitaya, and unspoiled river beds into highly pigmented, high-pile rolls of polyurethane foam. They were, he explained, “aesthetic objects of practical use” that aimed to collapse the boundaries between nature and the man-made, and between art and design. 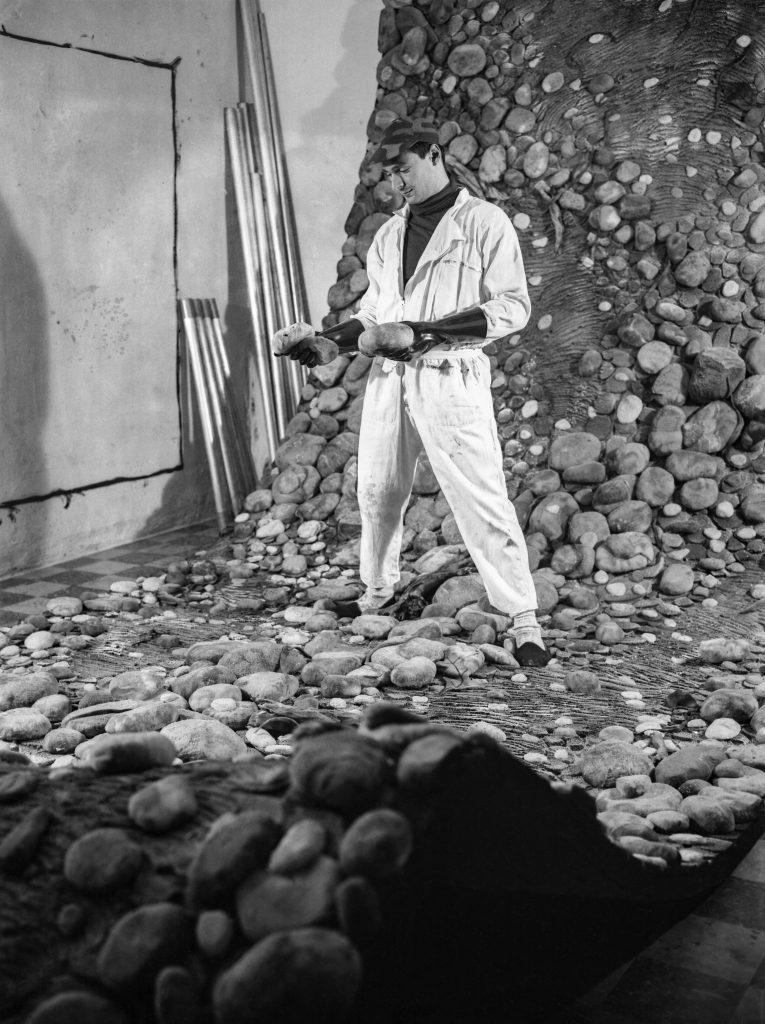 Piero Gilardi in his studio in Turin, 1967. Courtesy of the artist.

Gilardi first exhibited his “Nature-Carpets” in 1967 at avant-garde galleries of the era, such as New York’s Fischbach and Paris’s Galerie Ileana Sonnabend, as well as alternative spaces like Turin’s Piper Club, where he hung them on the walls as a backdrop for experimental performances featuring his (that would be “Nature-Clothing”). In the 1980s, Italian gallerist and art collector Margherita Stein adorned her Turin home-gallery with a Gilardi rug that looked like a bed of large pebbles.

Now, you’ll find the artist’s carpet and dress creations on display together at Magazzino Italian Art in Cold Spring, New York, as the subject of “Gilardi: Tappeto-Natura” (through January 9, 2023). While Gilardi is known as a protagonist of the Arte Povera movement and as a founder of the International Association Ars Technica, as well as Turin’s Parco Arte Vivente (PAV), an experimental center for contemporary art in nature, this is his solo debut in the U.S. 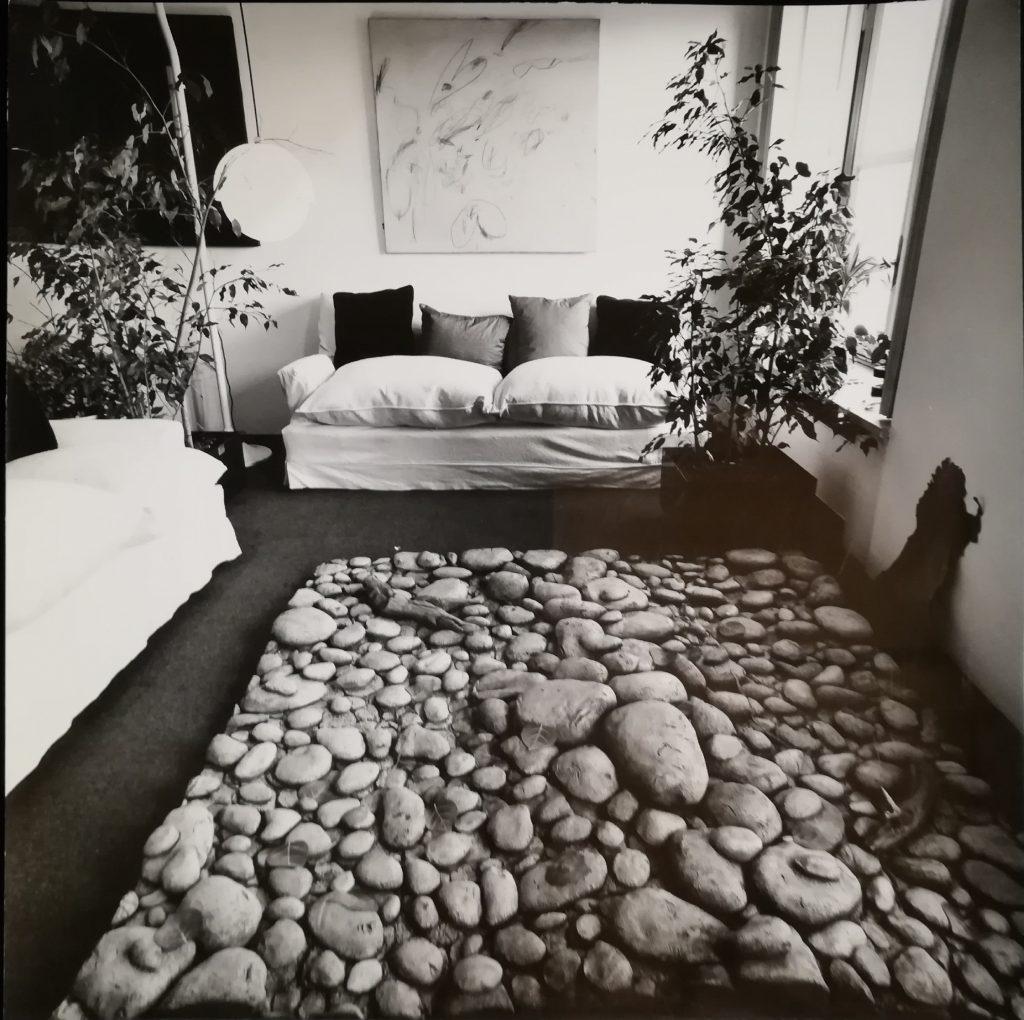 Gilardi has long aimed to remove the “frame of artistic representation.” At Magazzino, there are 27 works of his sculpted flora covering walls and floors without frames. You can sit on his rock-shaped cushions in the lobby, even play catch with them.

In a recent series of performances, dancers from the local Cold Spring Dance Company engaged with the carpets while activating the artist’s stone-like , one of his two 1967 “Nature-Dresses” on display, nodding to early exhibitions where visitors were invited to walk atop and lie down on his rug creations. As curator Elena Re said in a statement, “Overcoming the aesthetic dimension of the product, the art called its audience into play, or, better, people became a lasting part of the artistic process.”

Below, see a selection of the works on display in “Gilardi: Tappeto-Natura.” 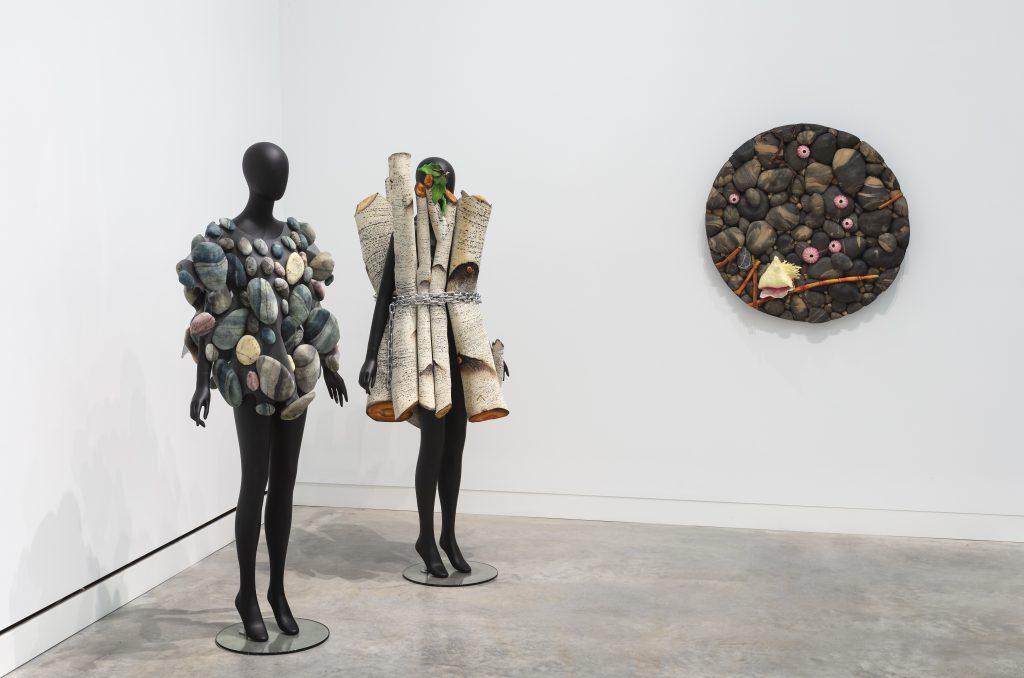 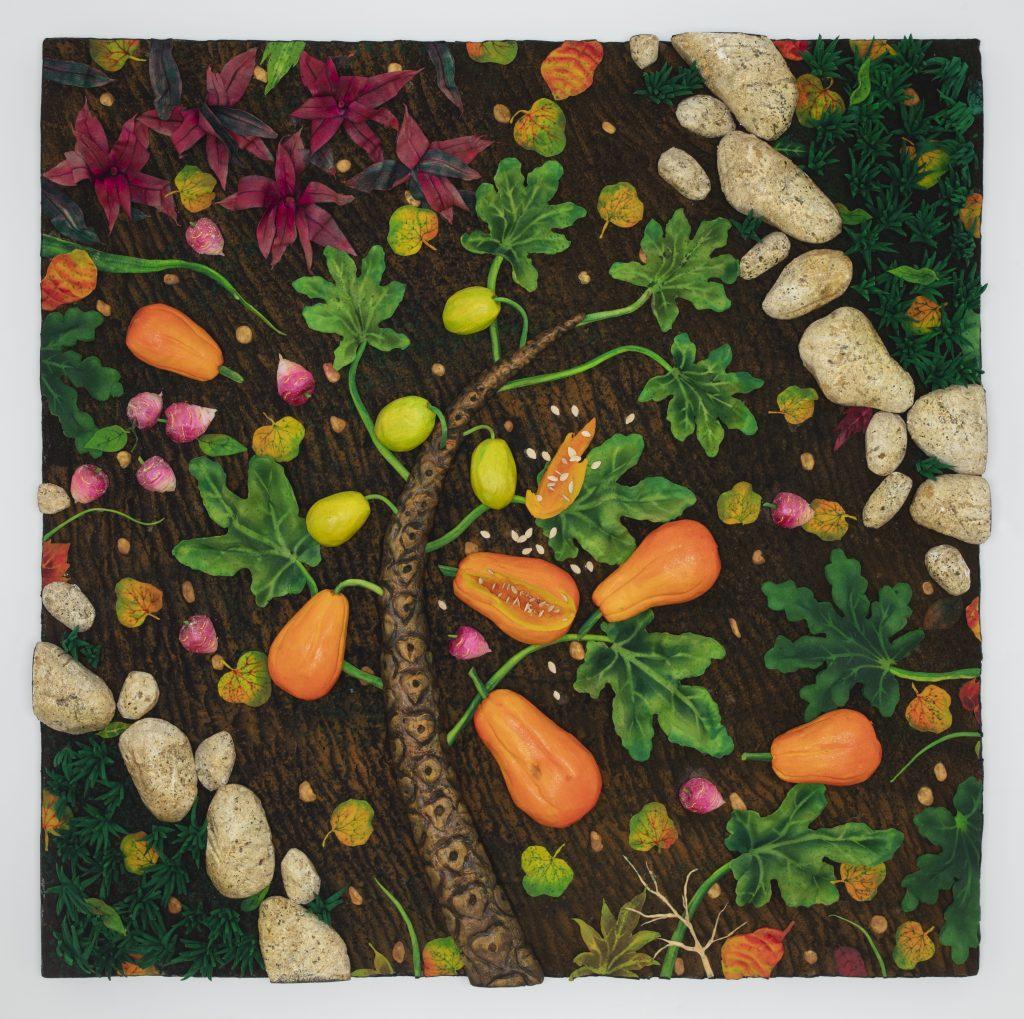 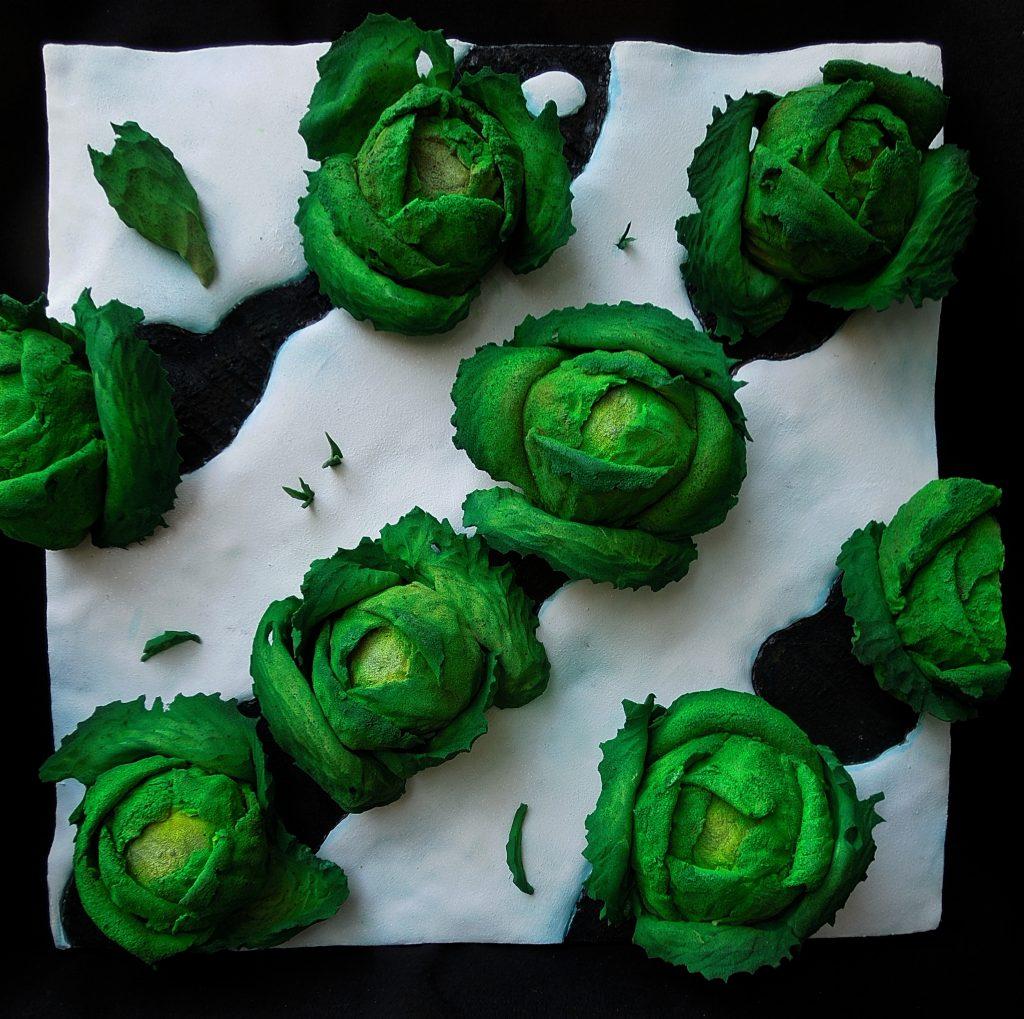 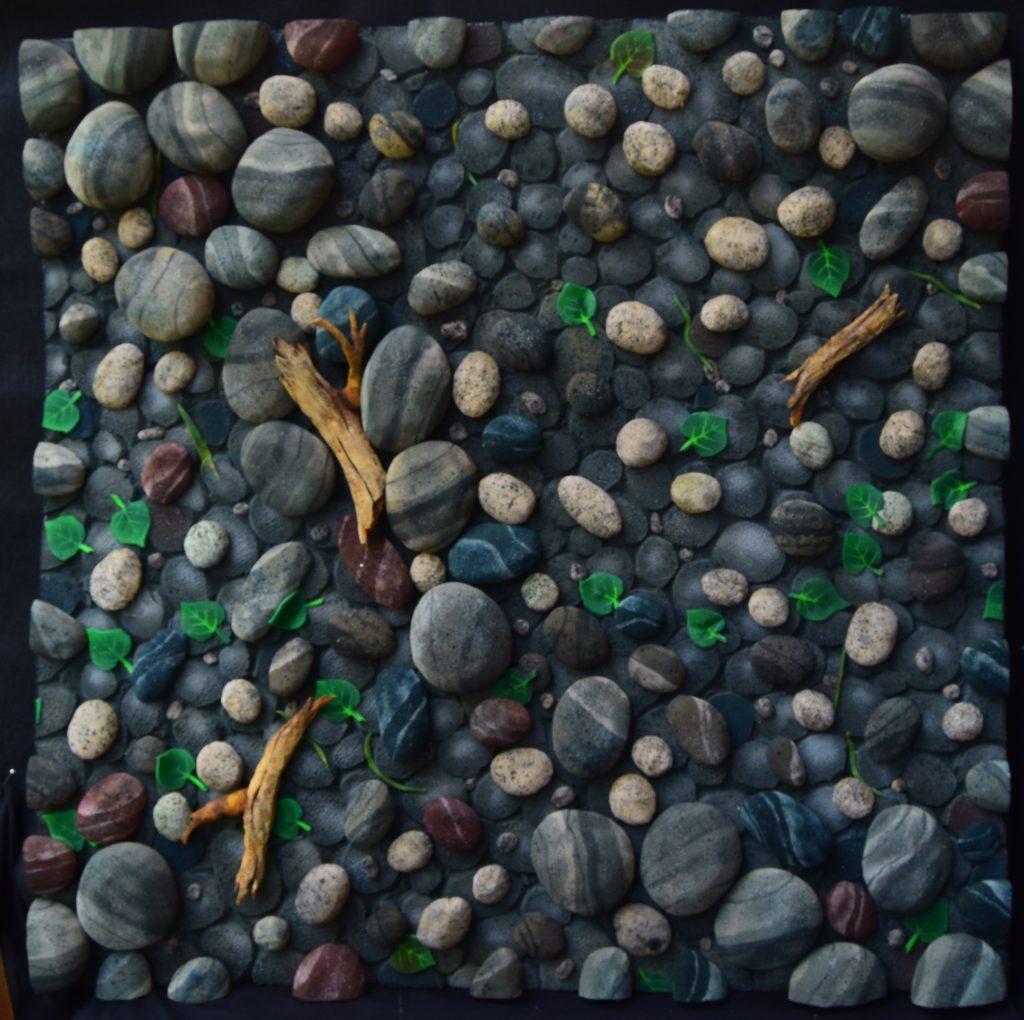 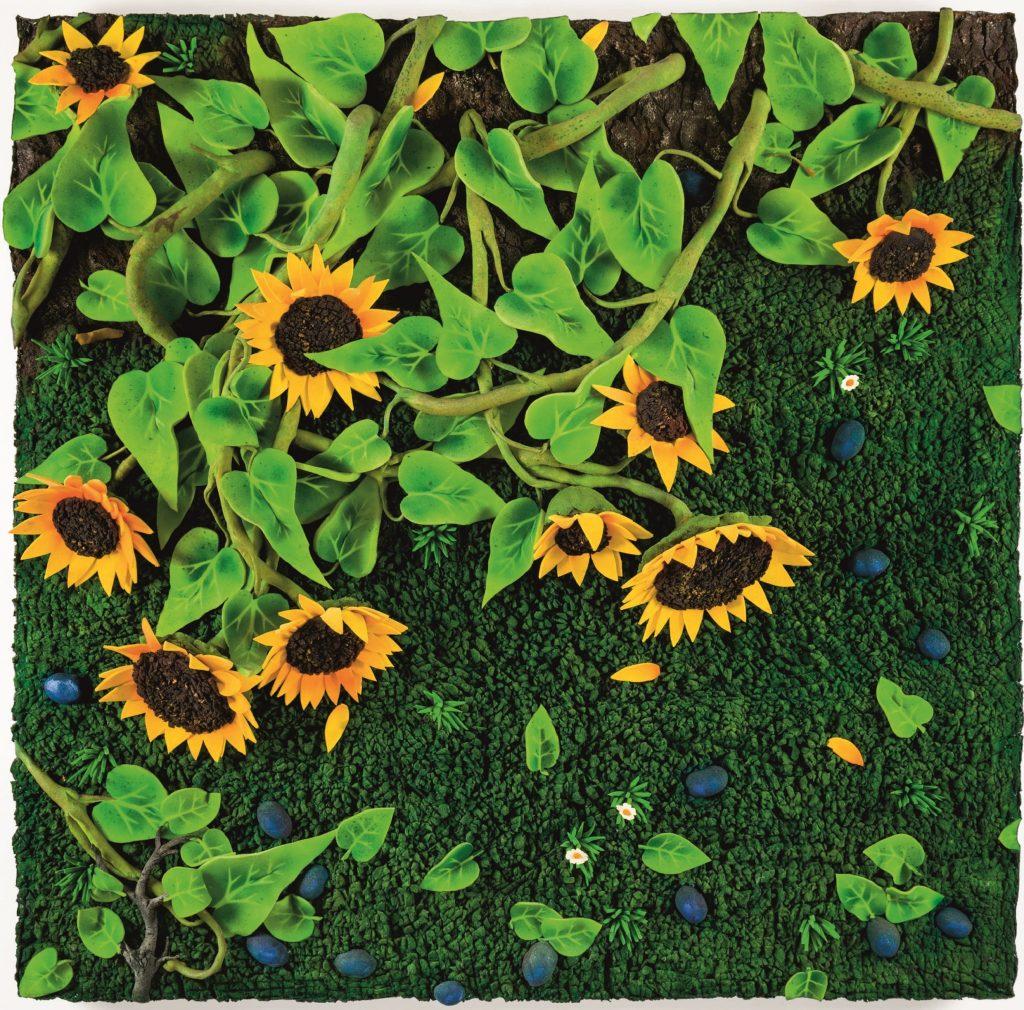 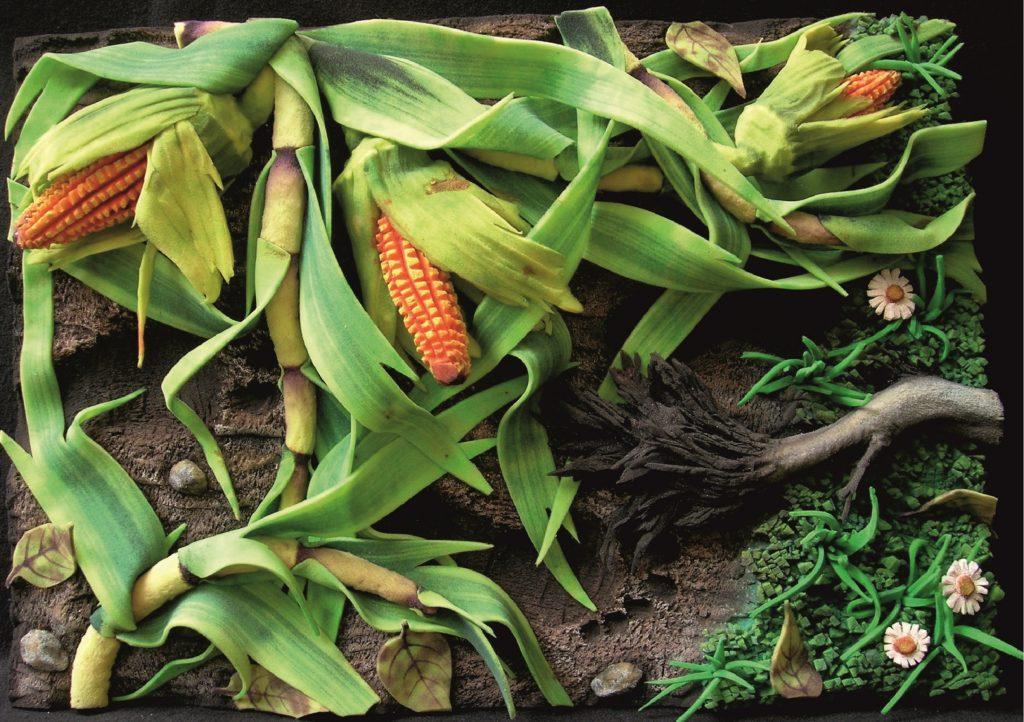 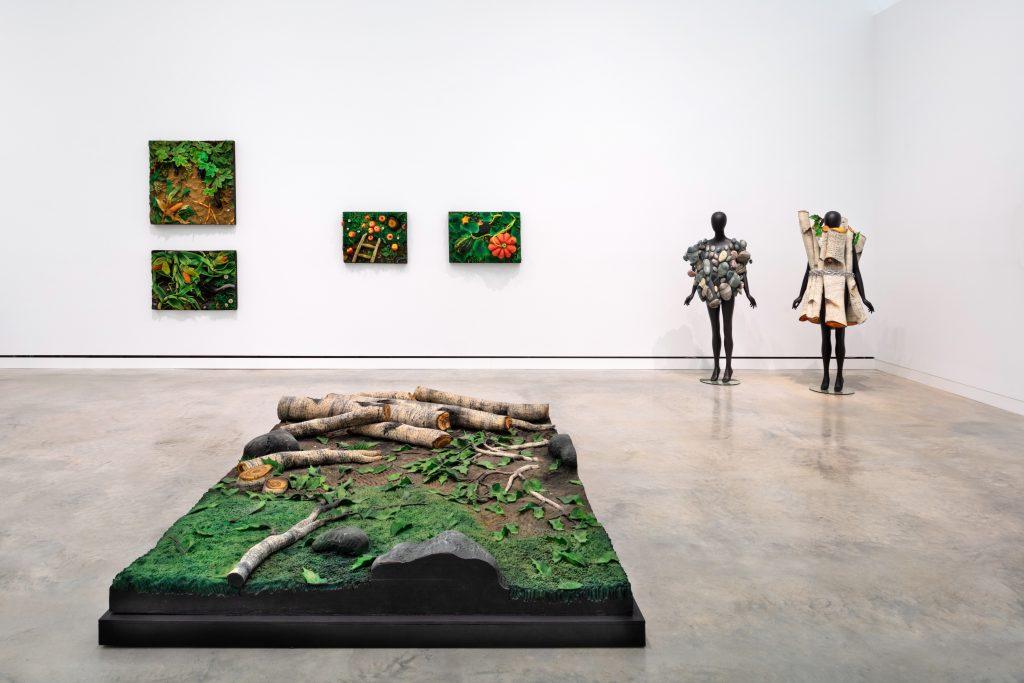 Netflix’s ‘Glass Onion’ Plays Out in the Home of a ‘Clichéd Collector.’ Here’s How Filmmakers Assembled the Art