Home News JR Returns to Giza For His Latest Participatory Installation, This Time With... 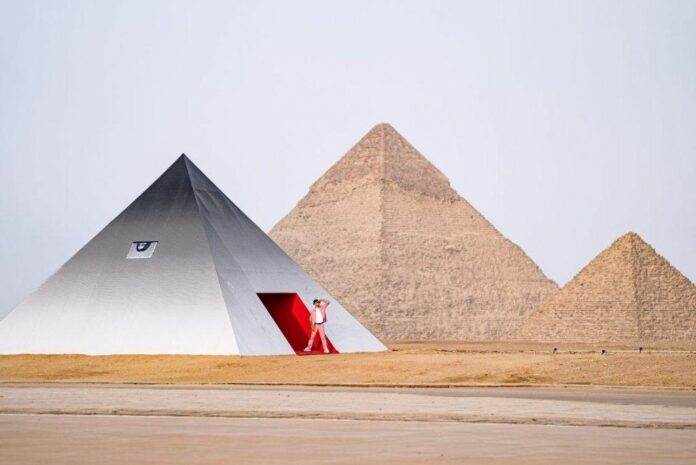 The tourist arrives at an iconic attraction, turns their back, and snaps a selfie. It’s a behavior that’s preoccupied larger-than-life photographer JR for years. In 2016, he disappeared the Louvre’s glass pyramid using a giant anamorphosis lowered from a crane. At the Eiffel Tower, he did something similar. Now, at the Giza pyramid complex, the Frenchman is making the visitor selfie redundant altogether.

In the foreground of the Egyptian monuments, JR has installed his own pyramid: it’s a black-and-white photo booth where passersby are invited to enter and have their portrait taken. These images are turned into five meter (16 feet) posters and pasted onto billboards backed by the pyramids. “The participant[s],” JR’s press release states, “become co-creators, collaborators, and protagonists in the long artistic history of this site.”

It’s the second year in a row JR has created work at Giza and this latest installation forms part of Forever is Now, a festival organized by contemporary art promoters Art D’Egypte that spans the month of November. In its second edition, the event has invited 10 international artists, including sculptor Lorenzo Quinnto and Egyptian painter Moataz Nasr, to install large-scale pieces around the perimeter of a site that attracts 14 million visitors annually.

“It is a site of global influence,” Art D’Egypte founder Nadine Abdel-Ghaffar said. “We work to revitalize the glory of ancient civilizations with public art and contemporary significance, linking the old and the new, the past and the future through artwork.” 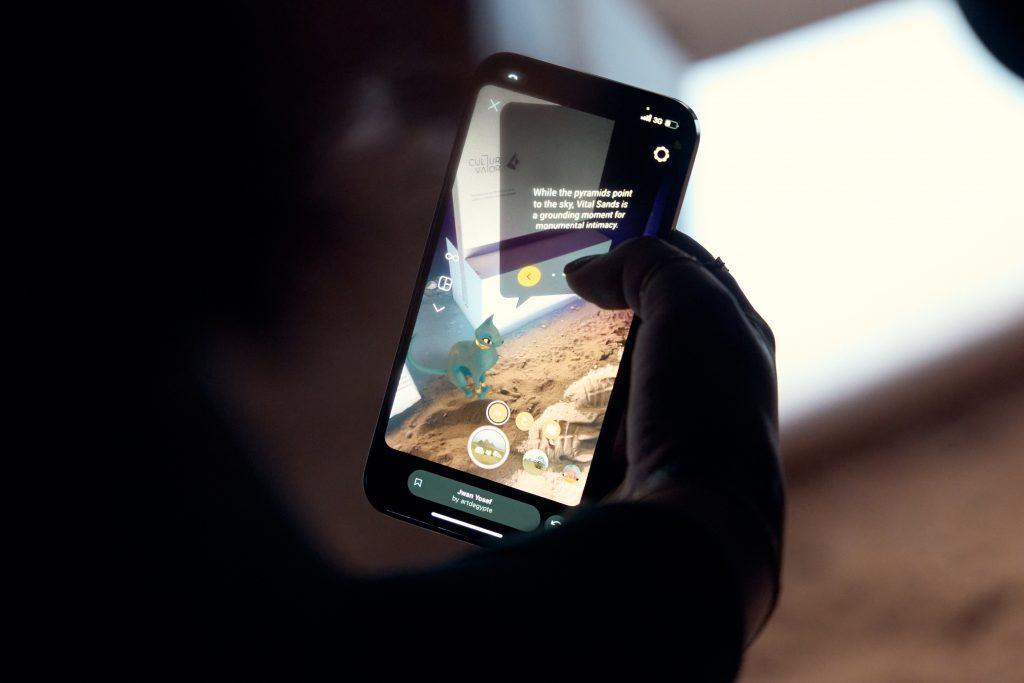 This year’s art also has a technological bent with the festival’s organizers partnering with Meta to launch 11 augmented reality (AR) filters on Instagram. Guided by a digital Bastet, the ancient Egyptian goddess of the home and fertility, users explore the backstory of each installation through on-screen illustrations, images, and videos.

“Through the AR capabilities we are introducing at the exhibition, we want to merge ancient cultural and artistic heritage with immersive technologies to elevate our communities’ experience on site and online,” said Fares Akkad, Meta’s MENA Regional Director, on the subject of Meta’s first XR investment in Egypt.

In 2021, Meta announced a $50-million fund to invest in metaverse-related projects around the world; Arte D’Egypte is one of more than 20 organizations with which it has established agreements.