Home News Read the 15 Most Popular Artnet News Stories of 2022, From Intentional...

Readers flock to Artnet News for insight, market analysis, art history, and of course, a good bit of laughter.

From angry museum-goers to hapless auction house associates, intentional (and unintentional) art thieves, and enterprising college students, there was a lot to love in our coverage this year.

The Tianqiuping-style vase. Courtesy of Osenat.

15. A French Auction House Fired the Employee Responsible for Pricing a $7.5 Million Qianlong Vase at Just $1,900

“The auction house also hinted that, prior to the sale, the pre-auction exhibition was overloaded with 300 to 400 interested buyers, unprecedented for a sale in which no other objects were valued at more than $8,000.” 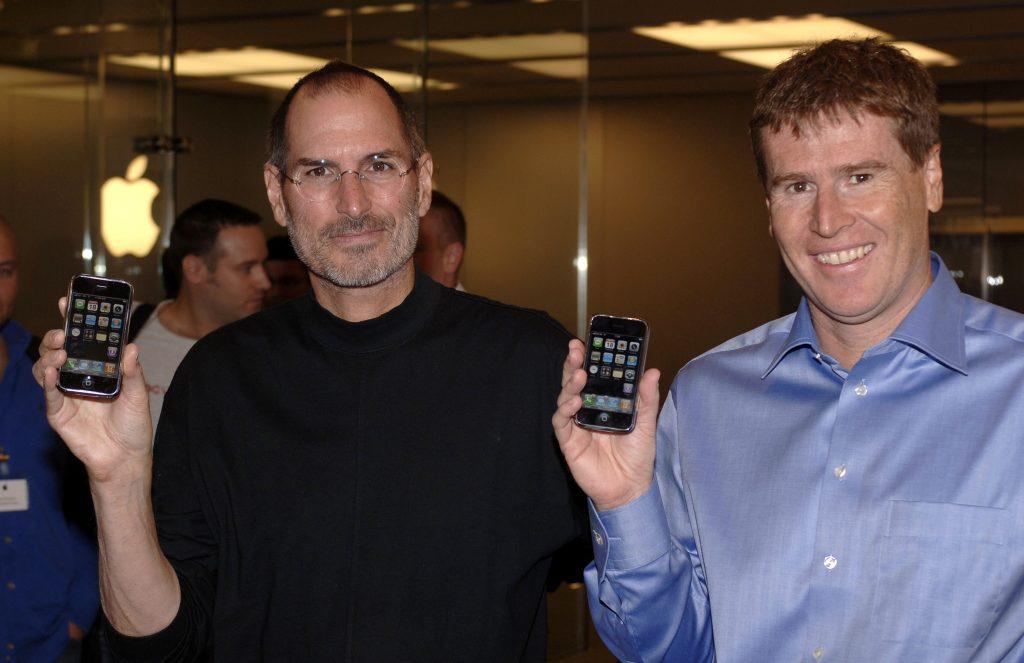 Steve Jobs and Matthew Key, Chief Executive O2 UK. at the launch of the exclusive iPhone on O2 at the Apple store on Regents Street, London. September 18, 2007. (Photo by Jon Furniss/Wireimage)

14. Some People Trade in Their Old iPhones. A Smarter Person Just Sold Their First-Generation Device at Auction for Nearly $40,000

“A lot has changed since Steve Jobs introduced the original iPhone in 2007 at MacWorld San Francisco. It hit stores on June 29, for a retail price that amounts to about $700 today. An early review from CNET praised cosmetic features like its glass screen and high-fidelity sound, while questioning practical facets like call quality and bluetooth connections.” 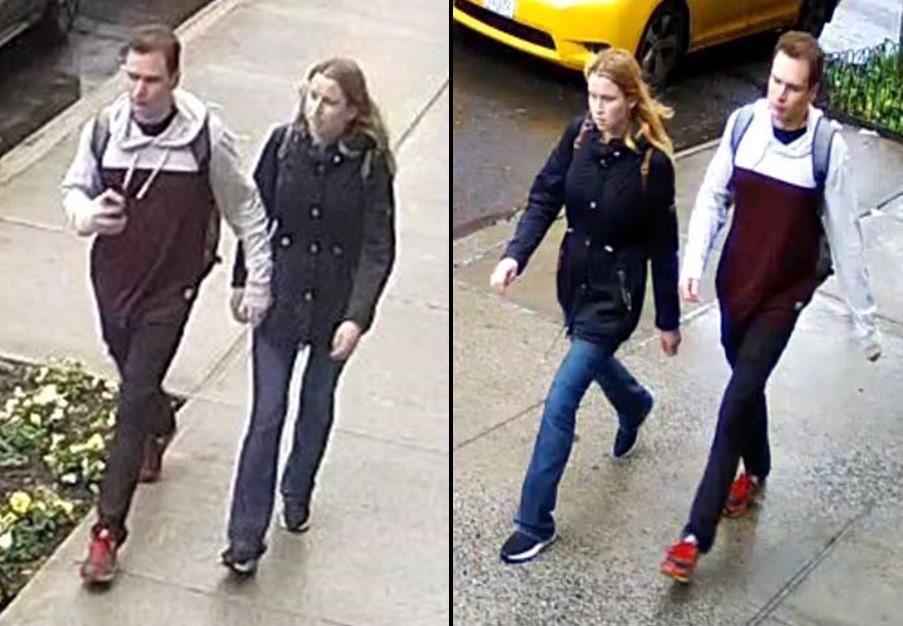 13. New York City Police Are on the Hunt for a Couple Who Tried to Make Off With a $45,000 Basquiat From a Chelsea Gallery

“The couple (one male, one female) casually walked into Taglialatella Galleries on May 14, in Manhattan’s Chelsea neighborhood. They spoke to the attendant with what investigators called an “unknown European accent,” and then perused the gallery’s public area.” 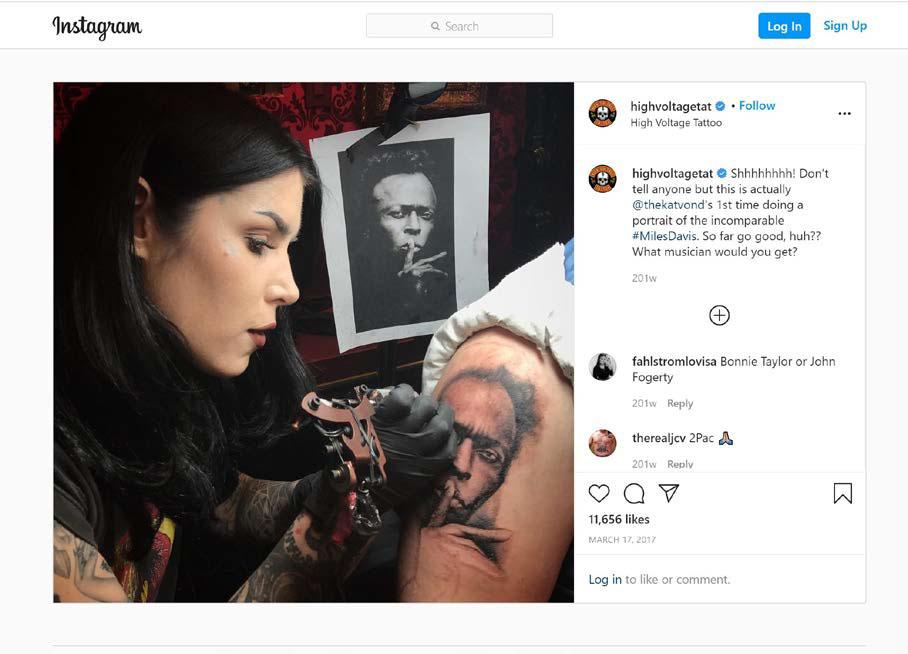 12. A Photographer Is Suing Tattoo Artist Kat Von D After She Inked His Portrait of Miles Davis on a Friend’s Body

“If you copyright a work of art, does that prevent other people from turning that image into a tattoo? That’s the question set to be decided by a jury in California federal court, where the case of photographer Jeffrey B. Sedlik versus celebrity tattoo artist Kat Von D is due to go to trial.” 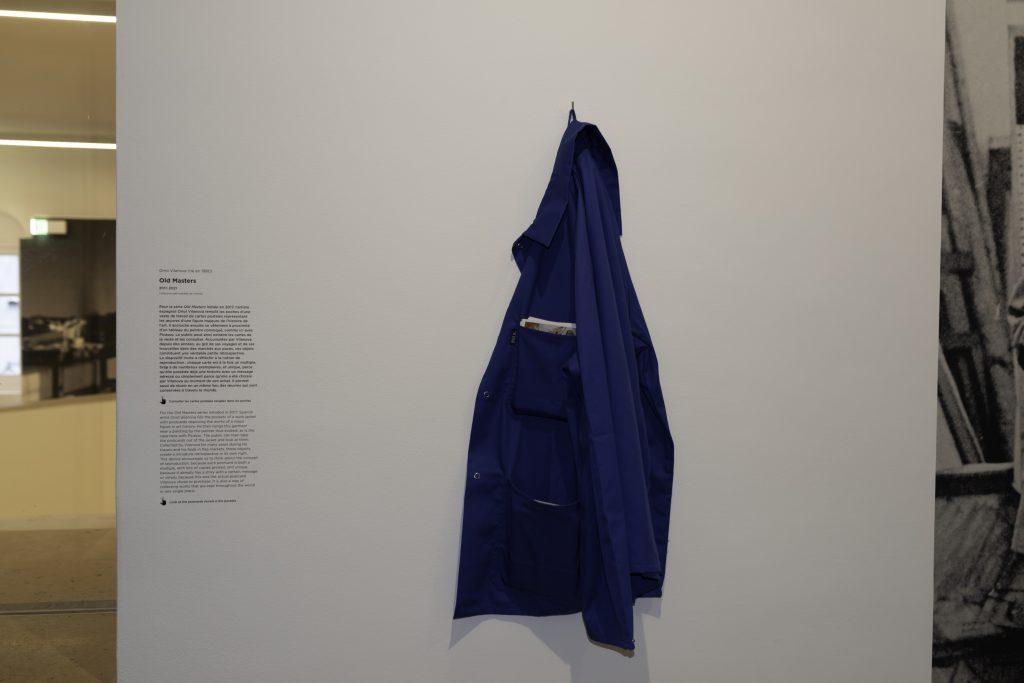 The jacket in question. Courtesy of the Musée Picasso.

11. A Senior Citizen Stole a Jacket Artwork on Display at the Musée Picasso and Then Had a Tailor Alter It to Fit Her

“While in custody, the retiree—who was reportedly “passionate” about art, according to —immediately confessed to stealing the jacket but claimed not to have realized it was an artwork. Police searched her home, where they found it with shortened sleeves.” 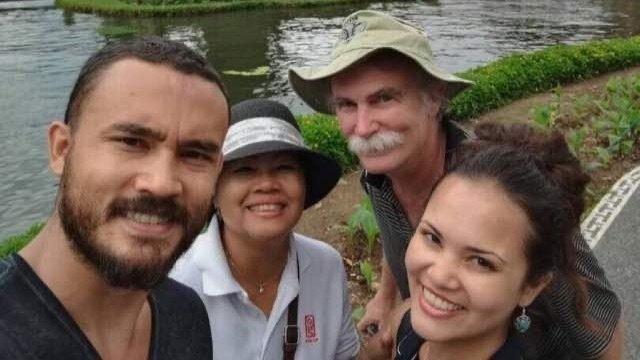 The family of retired British geologist Jim Fitton (third from left) has launched a petition asking for the Foreign Office to intervene in his case.

10. An Iraq Court Just Sentenced a British Tourist to 15 Years in Prison for Taking Pottery Shards From an Archaeology Site

“A frequent traveler, Fitton’s home is filled with small souvenirs from trips abroad, the lawyer explained. He, along with the other members of the tour in Iraq, was allegedly told by trip leaders that picking up shards from Eridu would be no issue.” It should be noted that one month after this article was published, Jim Fitton’s conviction was overturned and he was able to return home to England. 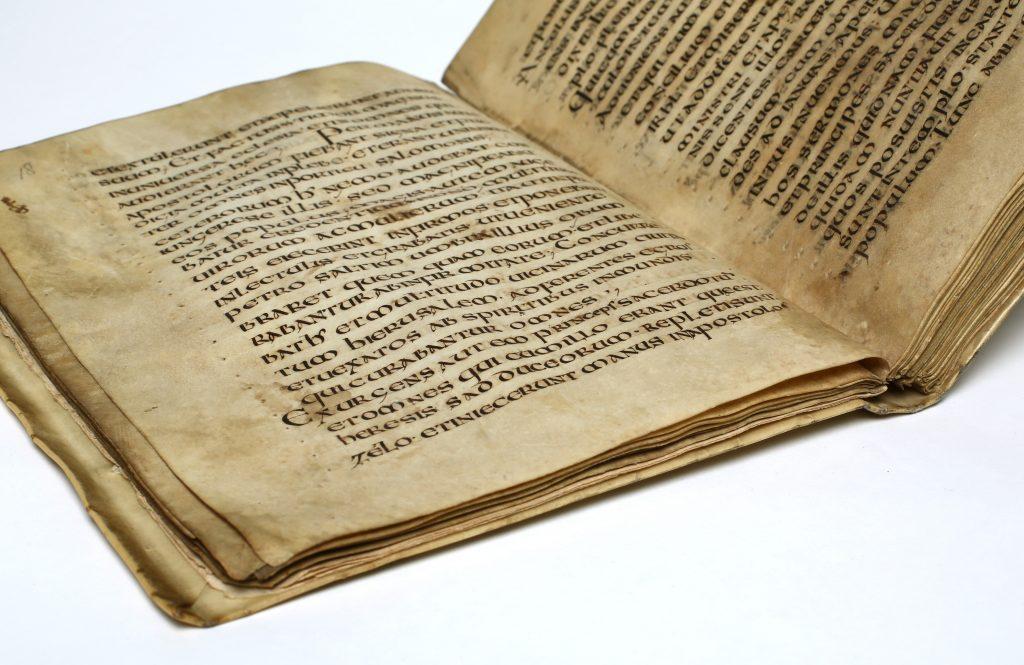 9. A Woman’s Name Uncovered in the Margins of a 1,200-Year-Old Medieval Manuscript Provides a Fresh Clue About Its Real Significance

“The practice of medieval readers marking books with their name isn’t uncommon. Usually, however, it was done in ink rather than with drypoint. The placement of the hidden writings throughout the volume, which is about the size of an A5 booklet, may be an attempt to state ownership or reverence for the work without detracting from the words of God. Just as alluring and mysterious are the series of sketches of human figures scattered throughout.”

A picture taken at the conservation laboratory of the Hebrew University in Jerusalem on November 8, 2022, shows an ivory comb with a rare inscription that sheds new light on the use of Canaanite language some 3,700 years ago. Photo by Menahem Kahaha/AFP via Getty Images.

8. Scholars Have Decoded the World’s Oldest Sentence Written With an Alphabet. It’s a Highly Specific Warning… About Lice

“The oldest decipherable full sentence in an alphabet ever found, dated to 1,700 B.C.E., is inscribed on a tiny ivory comb unearthed in 2016 at the Tel Lachish archeological site in central Israel. The faint letters read: ‘May this tusk root out the lice of the hair and the beard.’” 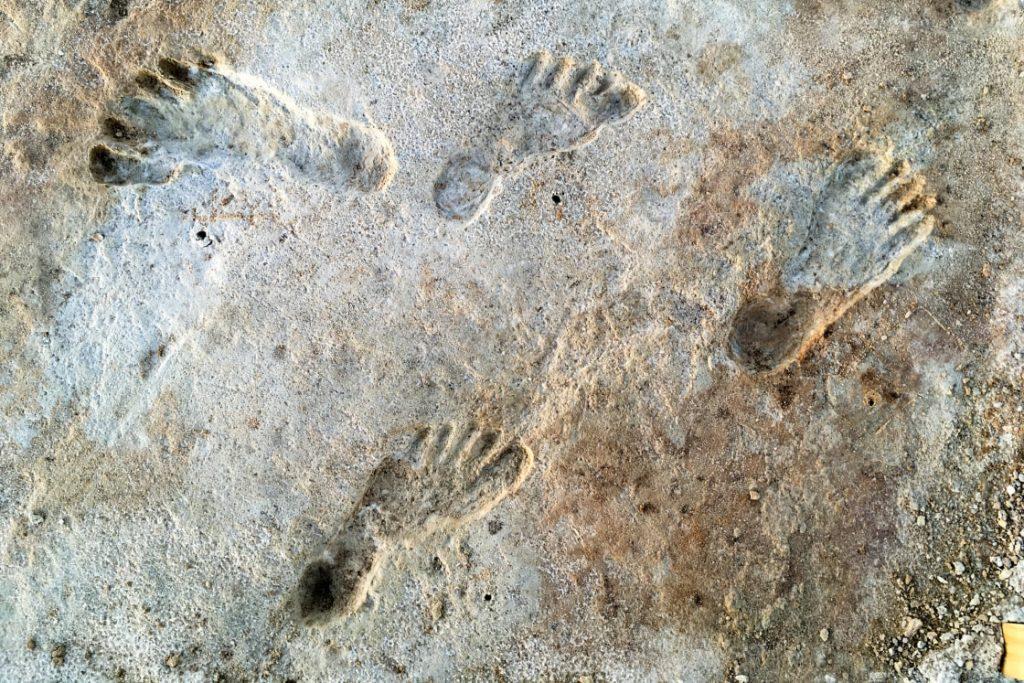 7. The Discovery of the Oldest Human Footprints in North America Thrilled Researchers. It Turns Out They May Not Be So Old

“Last year, researchers acknowledged potential interference due to the “reservoir effect.” Underwater plants like Ruppia cirrhosa, an underwater ditch grass, can appear much older since they photosynthesize from the water, which often holds ancient carbon, rather than in the atmosphere, which would create a more contemporary picture.” 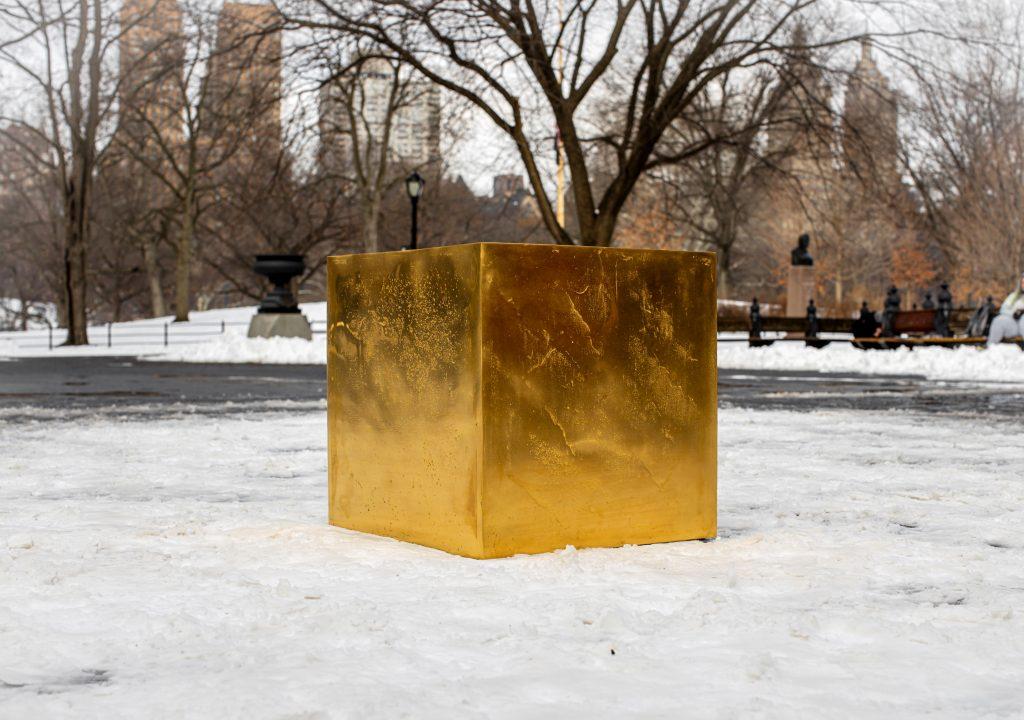 Niclas Castello’s , made entirely from 24-carat, 999.9 gold and weighing 410 pounds, was installed in Central Park, New York for one day only, Wednesday, February 2, 2022. Photo by Sandra Mika.

6. An Artist Placed a Cube Made From $11.7 Million Worth of Gold in Central Park—Protected By Its Own Security Detail

“’The cube can be seen as a sort of communiqué between an emerging 21st-century cultural ecosystem based on crypto and the ancient world where gold reigned supreme,’ says the Viennese gallerist Lisa Kandlhofer, who was in New York for the artwork’s launch.” 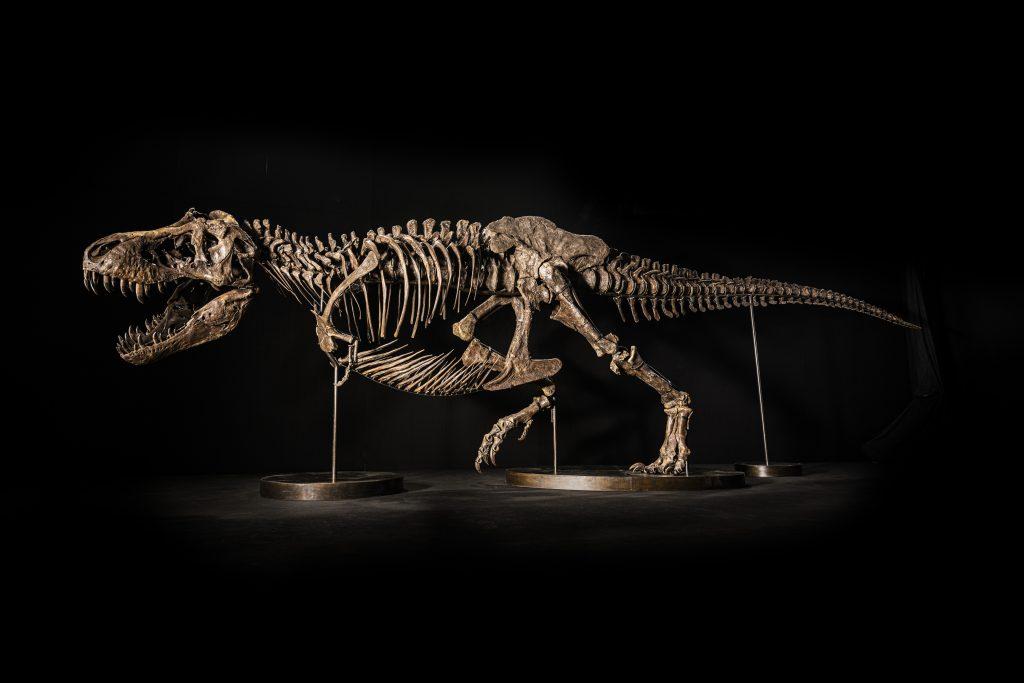 5. Christie’s Pulled a $25 Million T-Rex Skeleton From Auction After Experts Pointed Out That Most of Its Bones Are Replicas

“Marketing materials for the house’s 20th and 21st-century art evening sale prominently featured the dinosaur, named Shen, boasting that the event would mark the first time that a T. rex skeleton would hit the block in Asia.” 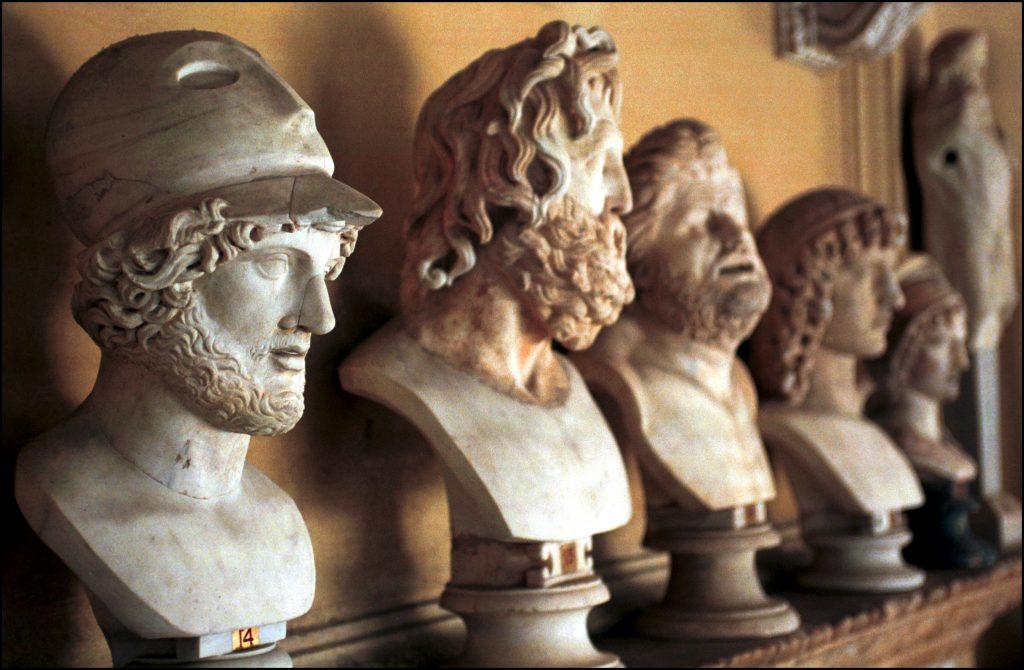 A collection of ancient busts in the Chiaramonti museum on March 28th, 2000. (Photo by Eric Vandeville/Gamma-Rapho via Getty Images)

4. A Disgruntled Tourist Smashed Two 2,000-Year-Old Statues in the Vatican Because He Was Denied a Meeting With Pope Francis

“No one knows what the tourist wanted to talk to the Pope about, but various outlets have questioned his mental health. Meanwhile, the two damaged artworks are now at a conservation laboratory.” 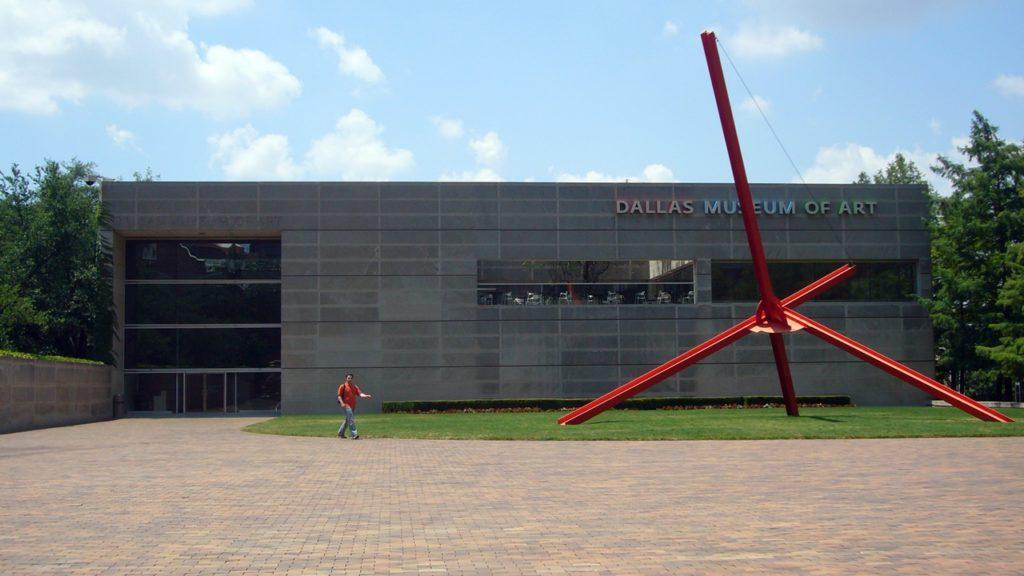 The Dallas Museum of Art. Courtesy of the museum.

3. A Man Broke Into the Dallas Museum of Art and Smashed Ancient Greek Artifacts Because He Was ‘Mad at His Girl’

“A total of three ancient Greek artifacts dating to the 5th and 6th centuries B.C.E., were badly damaged, the  reported, citing museum officials. Museum director Agustin Arteaga said that Hernandez broke into the institution by repeatedly striking a glass door with a steel chair.” 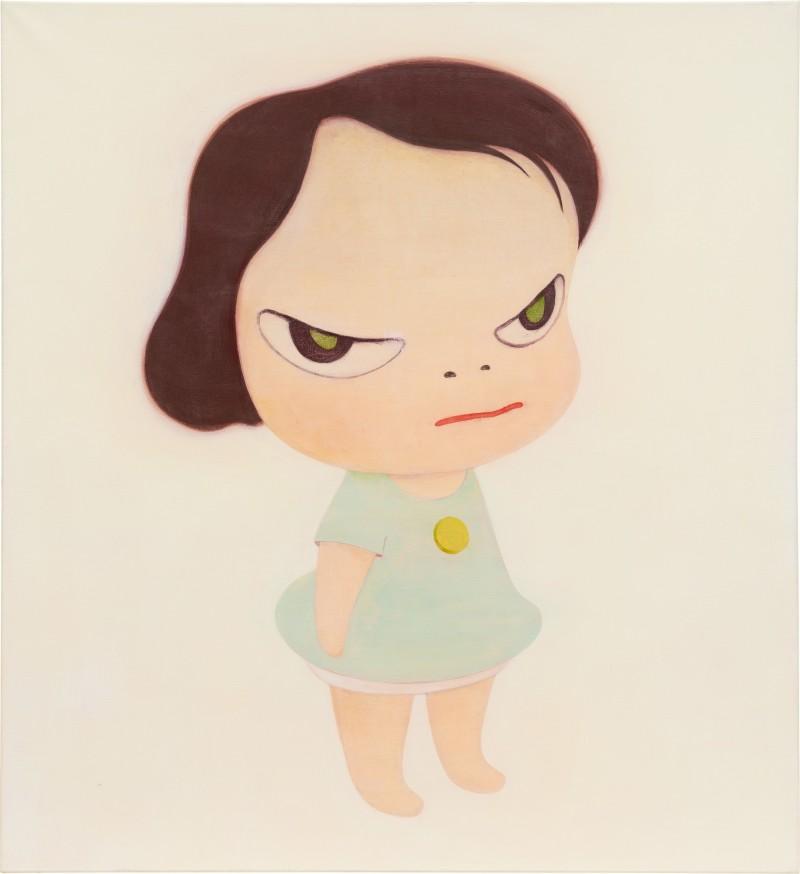 2. A College Student Bought a $10 Ashtray at a Goodwill. Turns Out It’s a Yoshitomo Nara—and He Flipped It for a 30,000 Percent Profit

“’I was just out hitting the thrifts looking for stuff to add to my rotation,’ he told Artnet News over the phone. As an avid vintage buyer who recently opened his own shop via TikTok, Brown is mostly into clothing.” 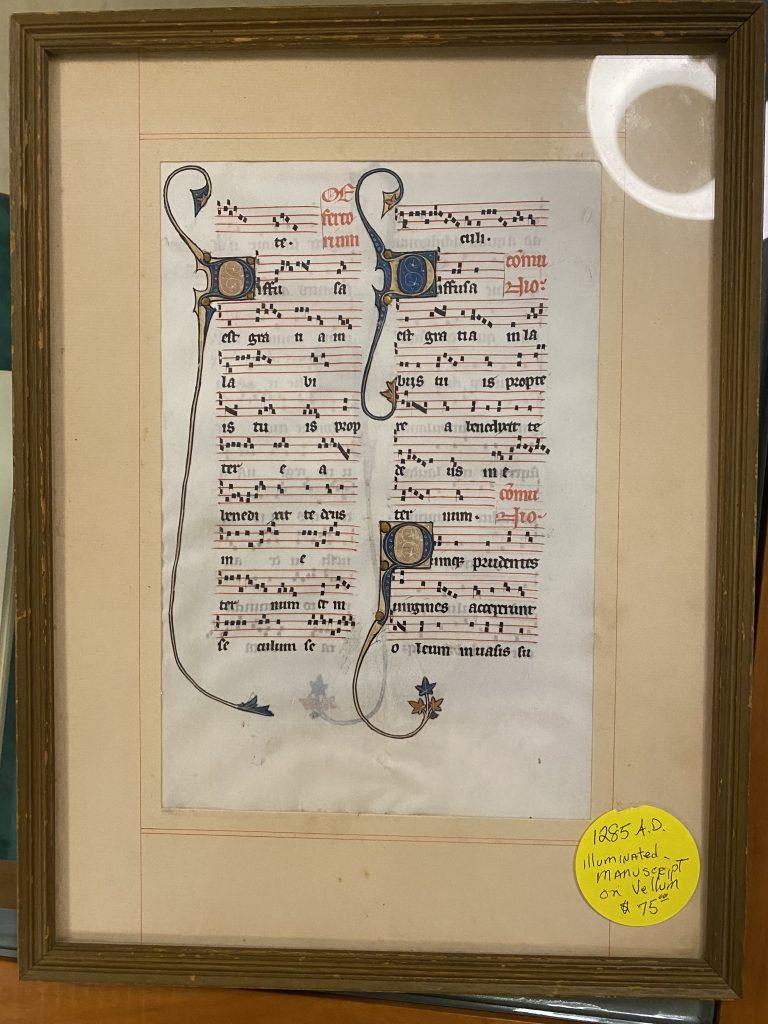 1. A College Grad Paid $75 for an Illuminated Manuscript Page After Realizing It Was From a 700-Year-Old Prayer Book He’d Studied in Class

“’There are perhaps a few hundred people in the world who would recognize a leaf from the manuscript if they saw it, so really an extraordinary stroke of luck there,’ Cook said.”