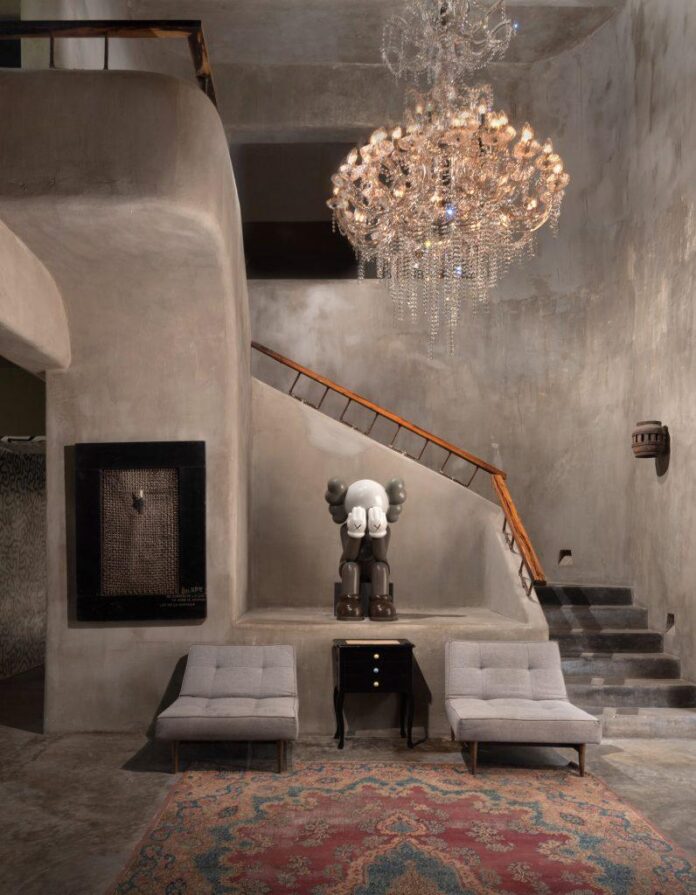 Roughly a decade ago, the Colombian-born, New York-based art collector Lio Malca visited the Mexican resort town Tulum. What was planned as a quick one-day stint turned into a week, and soon he was searching for oceanfront real estate.

He did not know then that the following year a prime, once-in-a-lifetime piece of property would come on the market: Cartel kingpin Pablo Escobar’s former hideout.

“The property was truly magical with the most amazing oceanfront I had seen,” Malca told Artnet News. 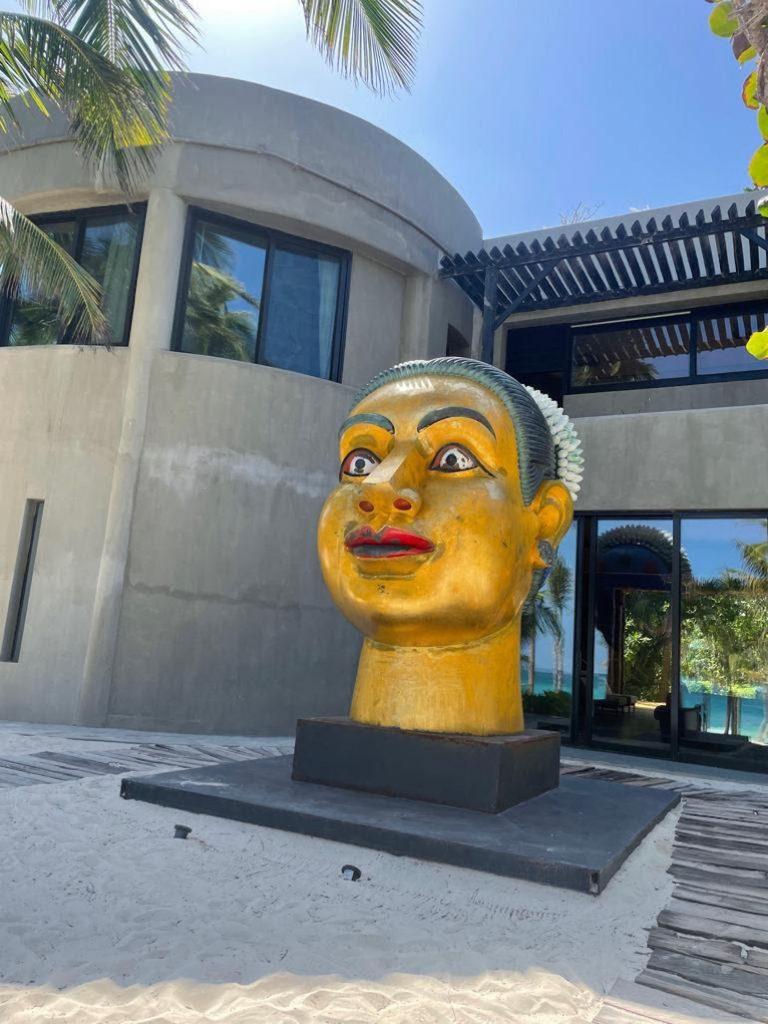 The government seized it in the early 2000s and it remained abandoned for years, until Malca came in.

After he bought it, Malca set about turning the former cartel hideout into Casa Malca, a vibrant 71-room hotel with a spa, several restaurants, and a lot of contemporary art, all from his own collection. Works displayed throughout the property include those by Marina Abramovic, Jean-Michel Basquiat (Malca’s favorite), Marco Brambilla, George Condo, Vik Muñiz, Kenny Scharf, and many others.

“I have installed works here in the same way I do in all of my homes. It is a personal approach that comes from walking through the spaces and feeling the grounds,” Malca said. 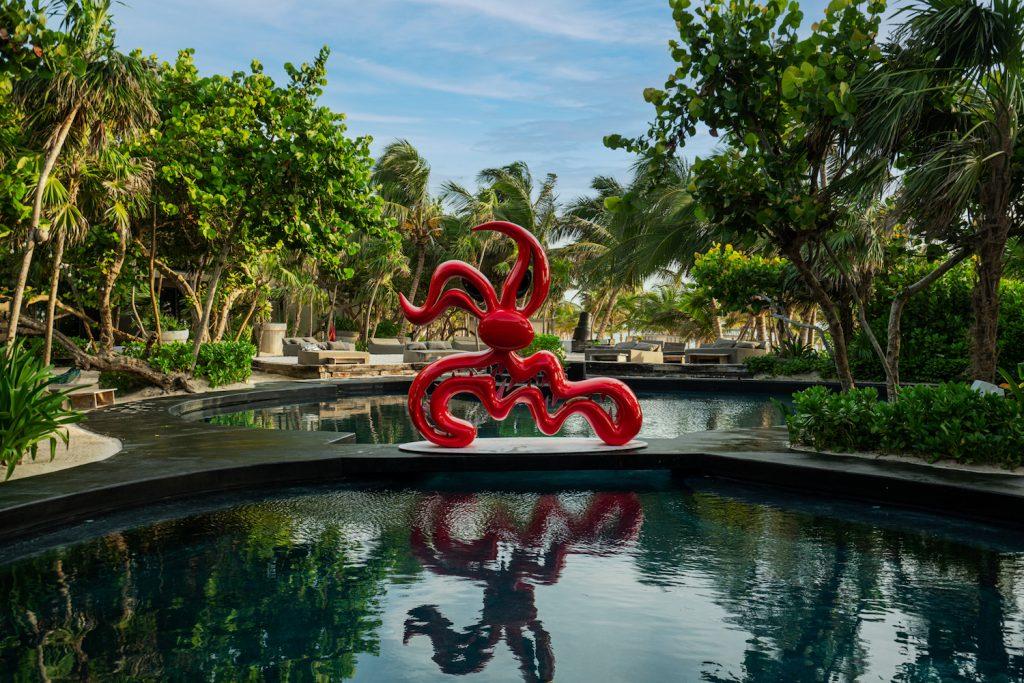 Malca spent much of the pandemic in Tulum and, a year ago, launched the Art Lodge in a former fishing lodge. He described it as a “fun, fine art residency” that’s open-ended and invitation based. For instance, Scharf did a one-month residency there, who Malca called “the godfather of the Art Lodge,” and has since returned a few times. Other artists have opted to stay for a week or so.

The final product is typically a work or series of works that can be shown at the nearby Casa Malca, according to the collector’s nephew, Isaac Malca, who has been working closely with his uncle across the growing range of initiatives. 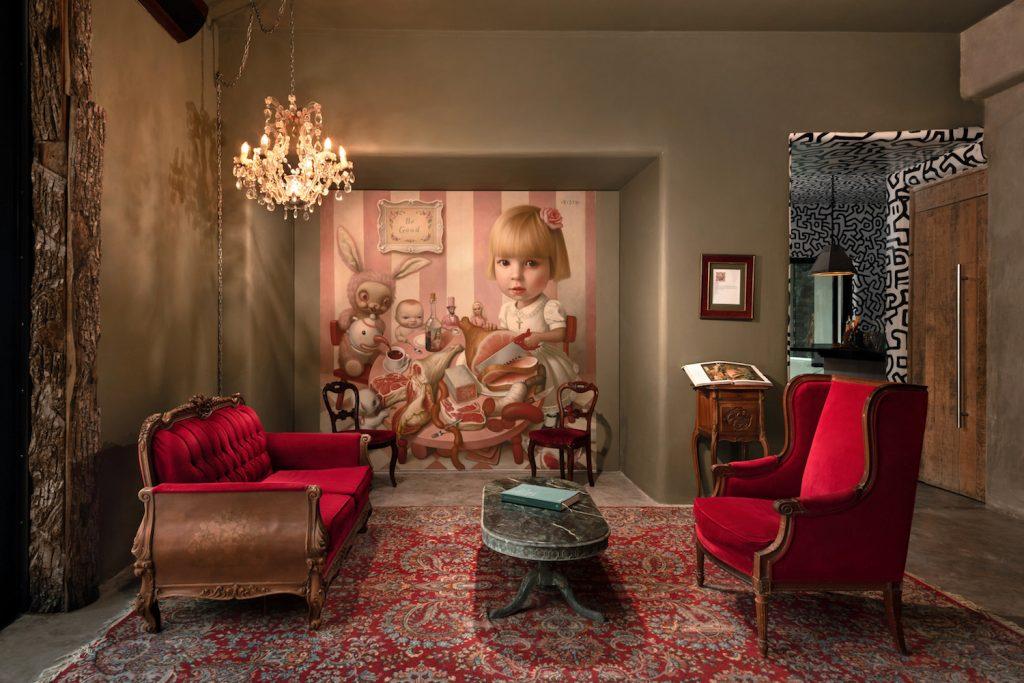 The Art Lodge is nestled deep in the heart of the Sian Ka’an Biosphere, a UNESCO world heritage site since 1987, and is aimed at giving artists the “opportunity to disconnect from the hustle and bustle of the city and get inspired by the mystical Mayan wilderness,” Malca said.

The project is in a way an outgrowth of Malca’s 2015 project, a nonprofit foundation in Ibiza, Spain, called Fundación La Nave Salinas. Based in a former salt warehouse, it showcases contemporary art in its more than 5,000 square feet of exhibition space. Artists who’ve presented works there in the past few years include Scharf, Marco Brambilla, Bill Viola, KAWS, and Eva Beresin. 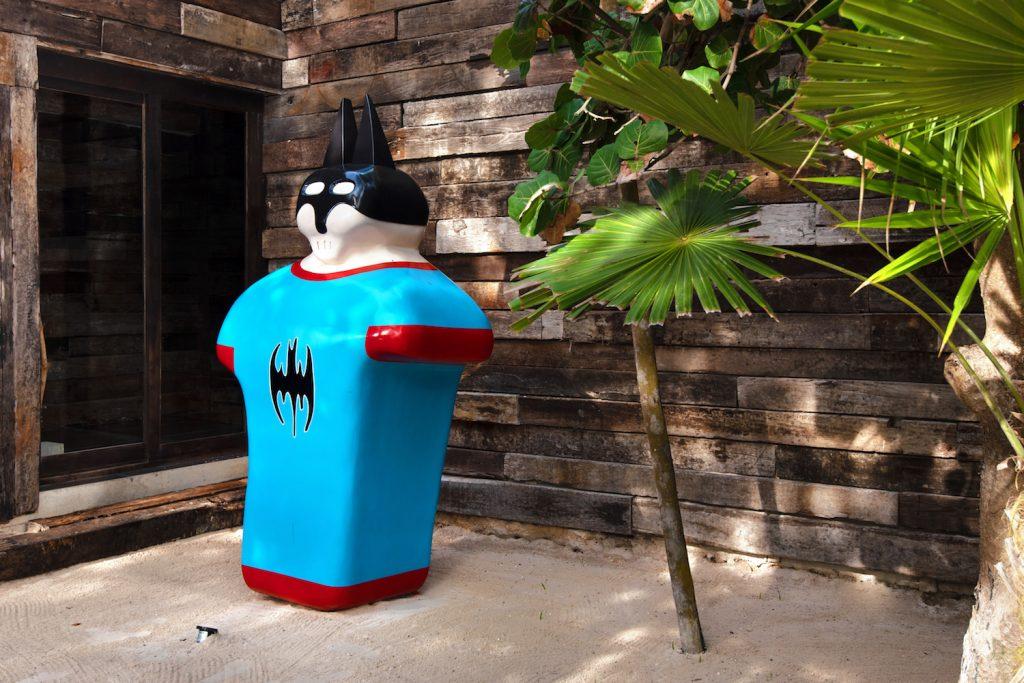 “We show what we like, so we buy a body of work from the artists,” Malca said. This project-based model, he said, “keeps both parties on their toes because both we and the artists have to deliver their best. It’s like when you’re starting a relationship. You’re not married, you’re dating.”

Asked if he plans to continue to expand his art and real-estate empire, Malca said, “I am always looking to discover new artist new talent, new work and the collection is constantly expanding, so now I am also on the hunt for more wall space. To share with the world”
See more images from Malca’s art properties below. 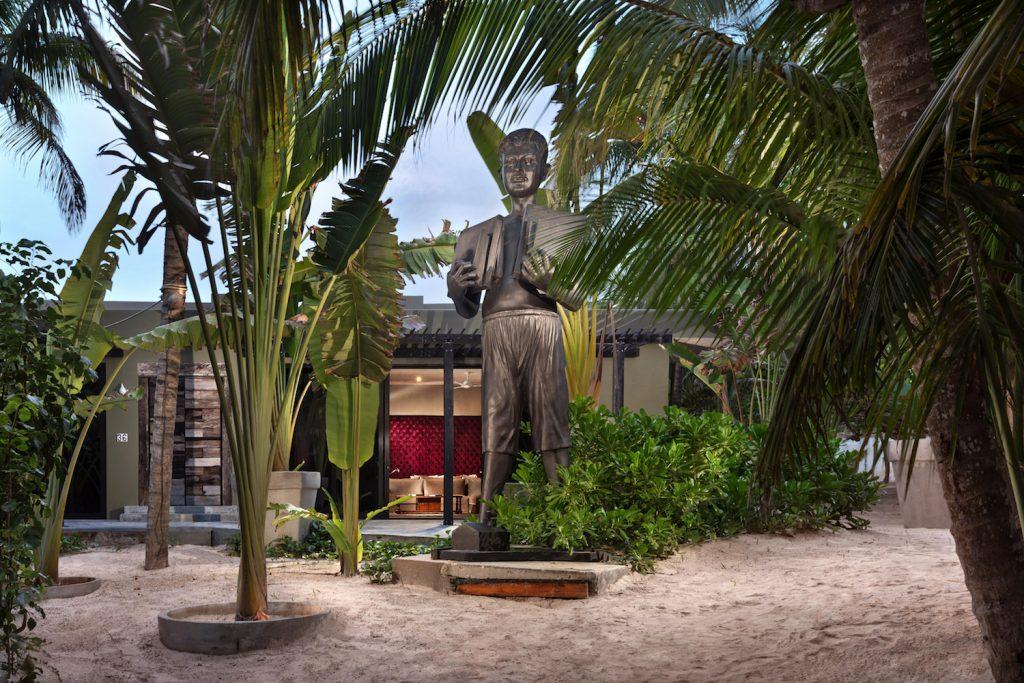 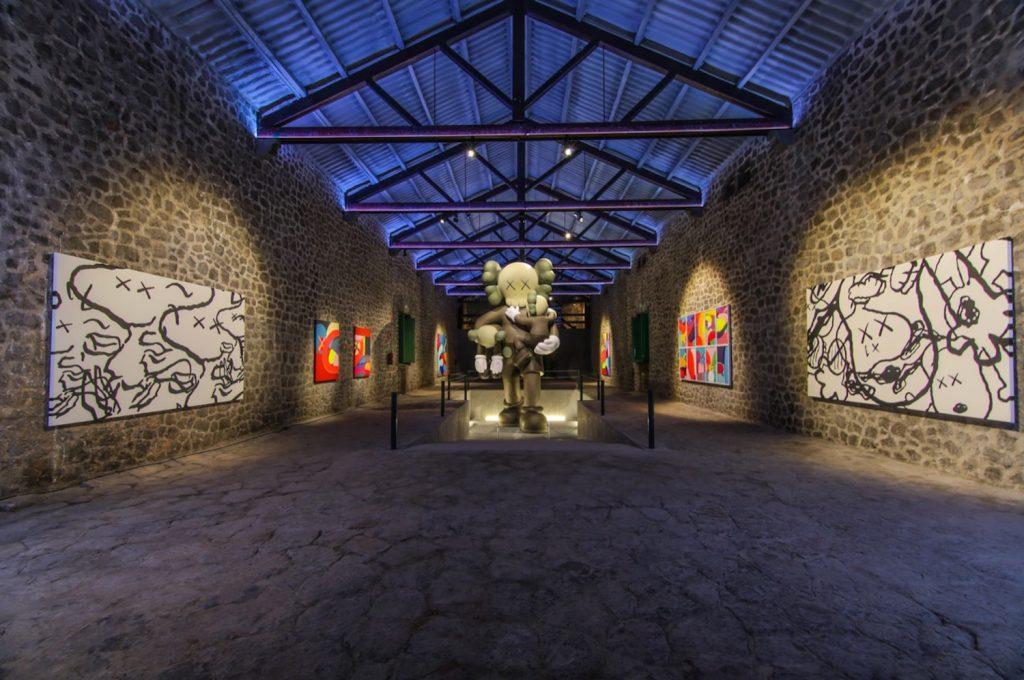 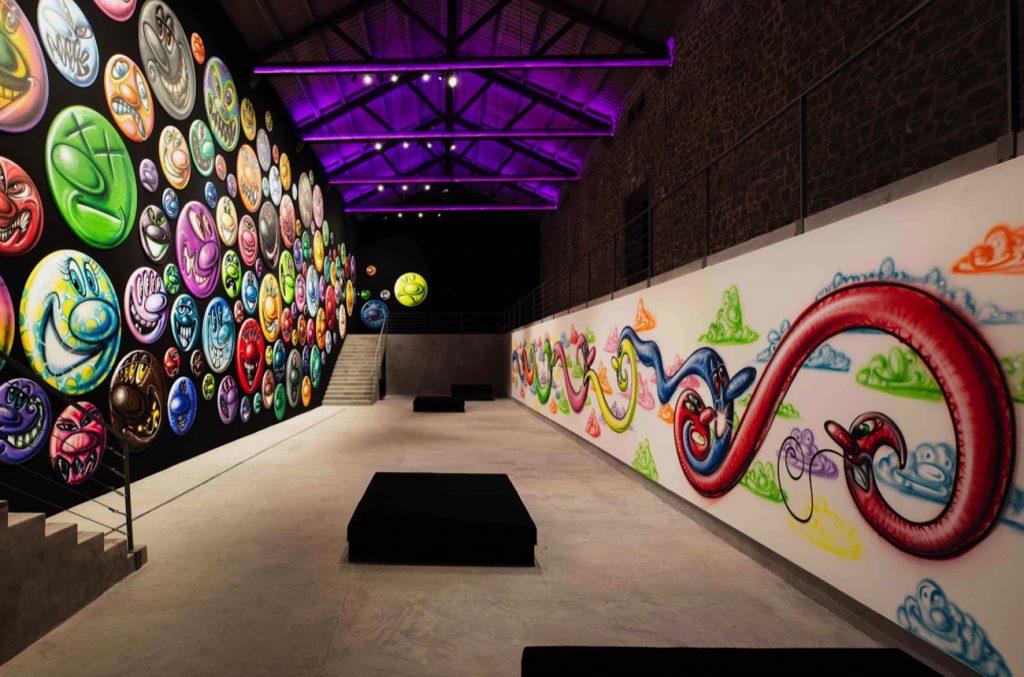