Home News The Board of ArtPrize—America’s Most Popular Art Show—Has Quietly Disbanded, Leaving Its... 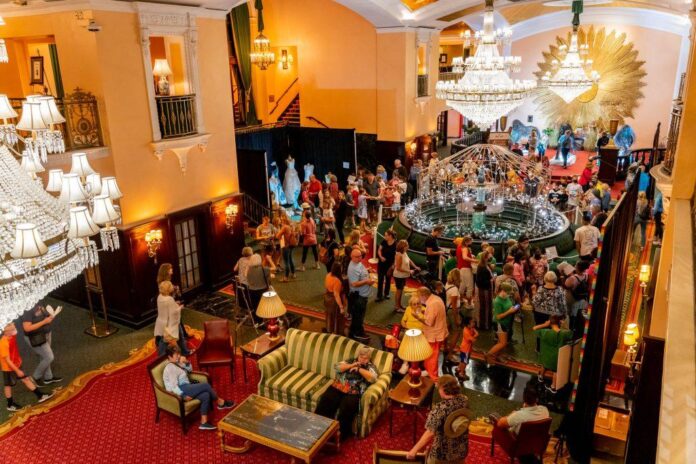 One of the country’s biggest contemporary art competitions is effectively shutting down—at least for now.

Last month, the board of ArtPrize, a biennial event in Grand Rapids, Michigan that doled out as much as $450,000 in artist grants every edition, quietly announced that it is “[winding] down its operations” after a 13-year run. The 12th, and last, iteration of the competition concluded just last month.

“What started as an experiment in 2009 quickly became something more, and we have an entire community to thank for embracing the ArtPrize idea and taking it to amazing heights,” said Rick DeVos, ArtPrize’s founder and chairman, in a statement shared on the homepage of the organization’s website. “While there are certainly mixed emotions, we know the time is right to conclude the original ArtPrize experiment and open up space for new energy and creativity.”

Moving forward, ArtPrize’s “creative, technological, and communications platforms” will be jointly overseen by the City of Grand Rapids, the non-profit group Downtown Grand Rapids Inc. (DGRI), and the Kendall College of Art and Design of Ferris State University, according to the announcement.

In an interview with the Michigan-based news outlet MLive.com, DGRI president and CEO Tim Kelly said that three entities are currently working to figure out what the future of the event will look like.

“Our intent is to carry forward the legacy,” Kelly explained. “I think one of the things that has made ArtPrize great is the size and scale of it. We have no [intention] of scaling it back.”

How DGRI, Ferris State, and the City of Grand Rapids will muster up the funds to maintain the scope of ArtPrize remains to be seen, though. With DeVos out of the picture, it’s a tall order. Historically, the ArtPrize founder contributed significant financial resources to the competition.

In 2017, the New York Times reported that DeVos and his family (he is the son of former Trump-era Secretary of Education Betsy DeVos) contributed “about 16 percent of the $3.5 million annual budget for the nonprofit.” Numerous other organizations with ties to the family also provided support over the years.

“There’s a lot of work to do before we have the program and event logistics all figured out,” Kelly went on. “But that’s what we’re doing right now.”

“We’re certainly going to rely on the work that’s already been done and those connections that have been made,” he added. “Essentially, this will be DGRI and the City and Kendall helping step into that. There will also be full-time staff helping step into the event.”

The organization currently has six full-time staff members, all of whom will be paid “through the end of the calendar year based on their current employment,” Kelly explained. “Then we’re talking about what’s next beginning Jan. 1.” 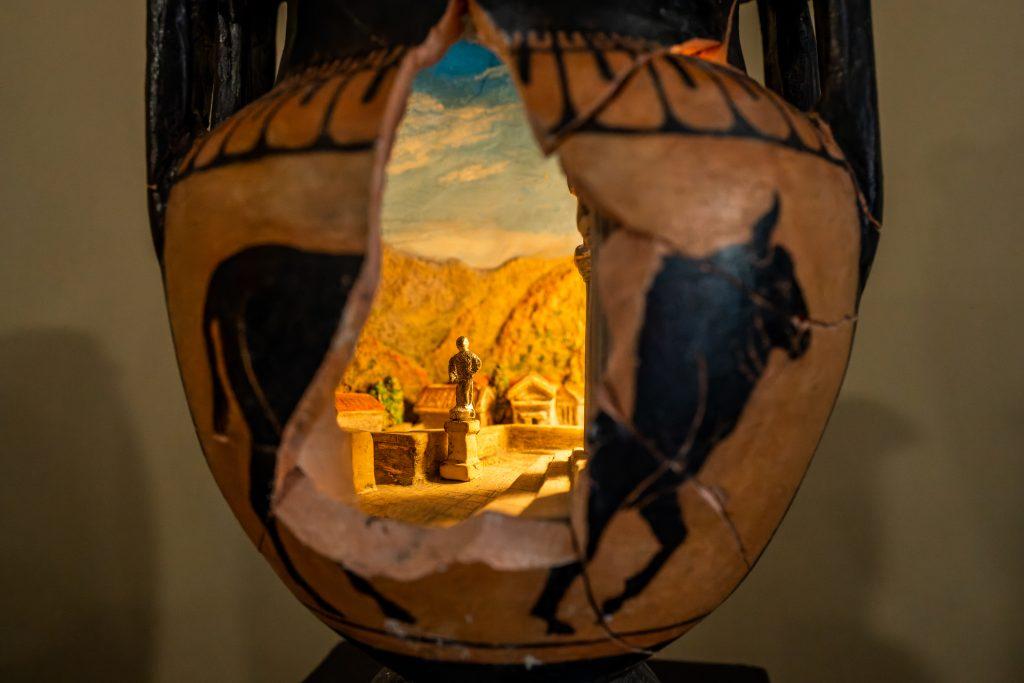 Brad and Bryan Caviness, Creation, Destruction, Reflection (2022), detail, which won several awards at the 2022 edition of ArtPrize. Courtesy of the artists and ArtPrize.

Since its founding in 2009, ArtPrize has drawn significant national attention for its democratized structure and major financial awards. For 18 days every fall (ArtPrize was an annual event for the first decade of its run), hundreds of artworks were installed in venues throughout a three-mile stretch of Downtown Grand Rapids. Winners were voted upon not by a jury of curators and museum heads but also by the general public—a process that stoked many debates about art world gatekeeping.

Some 200,000 people visited ArtPrize in its inaugural year, and more than 300,000 votes were cast. Artist Ran Ortner took home the top, $250,000 prize—the largest monetary art award at the time—for his 19-foot-long painting of the sea. (The Dick and Betsy DeVos Foundation provided the $450,000 in total prize money for the competition, then paid a separate, undisclosed sum to acquire Ortner’s canvas.)

In recent years, however, excitement over ArtPrize waned. Participation numbers shrunk, as did the prize money. In 2019, the competition shifted to a biennial model. In 2020, amidst the pandemic, the event was canceled altogether and ArtPrize’s entire staff was furloughed.

The exhibition returned this year with a spate of programming across 200 local venues. North Carolina brothers Brad and Bryan Caviness took home the biggest prize, a $12,500 grant, for their series of intricately painted vases. In total, $450,000 in prize money was handed out to participating artists.

In a statement, Grand Rapids city manager Mark Washington, who sat on ArtPrize’s board, said that the “board felt it was appropriate, coming off a strong and successful event this year, to transfer ownership to a new entity that will steward it through the next ten years and beyond by embracing ArtPrize’s foundation of innovation and creativity.”

“Instead of an ending,” Washington concluded, “this should be viewed as the next chapter in the ArtPrize story.”