Home News The conservation studio is the coalface of art history—but not all ‘restorations’... 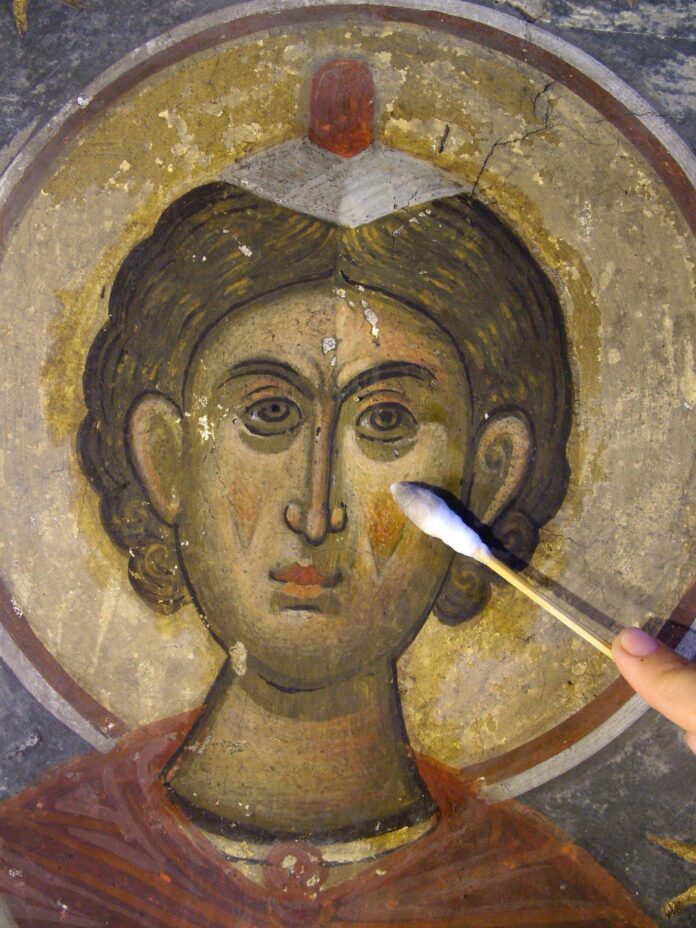 I love the smell of acetone in the morning. One of the things I missed most during the pandemic were visits to the conservation studio, and I’ve been making up for lost time. My current project is a portrait by Sir Peter Lely from the 1670s. It’s so exciting, that first moment of investigation as the conservator probes the old varnish with a swab, to see how easily it will yield to solvents. I must have sat and watched, as if at the coalface of art history, hundreds of paintings being cleaned over the years. Each time, I am amazed by the difference even the thinnest layer of yellowed varnish can make to a painting’s appearance. Watching the dirt and varnish recede inch by inch as the original painting emerges is like reaching back in time, to when it was on the artist’s easel.

On the Lely, our first revelation was a hand of such delicacy, it almost appeared to move, as it greeted the light for the first time in centuries. I don’t mind admitting there have been times when it has felt as if we’ve been joined in the studio by the artist, and at that moment, Lely was with us. But this may be what happens when you inhale too much acetone.

I’ve too many dirty paintings waiting for the conservator to have been bidding at the London Old Master sales last month, but I was interested to see the result of the “Circle of Caravaggio” copy of The Cardsharps at Christie’s. Estimated at £100,000-£150,000, this painting was subject to a lawsuit in 2015—reported to have cost £6m—after it was claimed by some to be by Caravaggio himself, despite having been sold as “Follower of Caravaggio” at Sotheby’s in 2006 for £50,000. The case was brought by the consignor of the painting, alleging negligence by Sotheby’s for not spotting its Caravaggio potential. Sotheby’s won, with the judge agreeing it was not by Caravaggio. The painting’s reappearance at Christie’s as a copy must presumably help settle any remaining doubts over its status. Was it worth spending £6m to find out? Selling for £264,600, it would seem not. (If only the hourly rate for art historians was as high as it is for lawyers.)

George Osborne’s announcement that “there’s a deal to be done” with Greece on the Parthenon Marbles felt like an important development in the restitution debate and was a followed a couple of weeks later by the museum’s deputy director Jonathan Williams suggesting that there could be a new “Parthenon partnership” on the horizon. Until now, British Museum trustees have claimed they couldn’t return the Marbles because UK law forbids deaccessioning, while the UK government said changing the law was unnecessary because it was a decision for the trustees. Osborne, as the chair of the museum, has now heralded the end of the mutually convenient conceit whereby both government and museum could pretend it wasn’t up to them. Could joint ownership with Greece be a way forward? If the British Museum and Greece do make a deal, can the government reasonably refuse it?

Meanwhile, in Russia, the debate on restitution goes backwards. When Mikhail Piotrovsky became director of the Hermitage Museum in 1990, he favoured returning art looted from Germany during the Second World War. Now, Piotrovsky has reduced himself—and the Hermitage—to an extension of Russia’s new militarist nationalism. Defending the invasion of Ukraine, he mocks the “culture of guilt and repentance” adopted by Western museums. He has introduced a moratorium on exhibitions abroad, and is compiling a “black list” of those who’ve criticised the Hermitage. Russia’s cultural connections with Europe are receding beneath layers of enmity and suspicion. It will take the most delicate act of restoration to remove them.