Home News What is the life of a muse like? Not as amusing as... 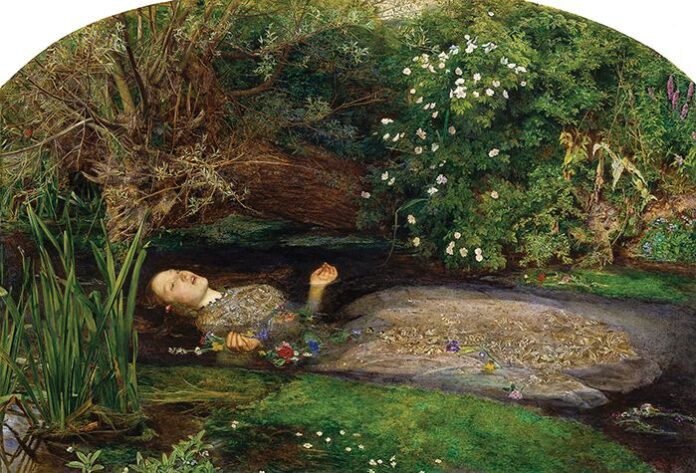 In her new book, Muse: Uncovering the Hidden Figures Behind Art History’s Masterpieces, Ruth Millington looks at the lives of 29 people who have inspired great works of art, including some unexpected and overlooked figures. Below is a selection of five subjects, showing the breadth of people explored in Millington’s book.

Despite being an accomplished artist and photographer, Dora Maar has inevitably been overshadowed by her lover Pablo Picasso, who most famously depicted her as the Weeping Woman (1937). They apparently met in a Parisian café after Picasso saw Maar “playing a game in which she stabbed a penknife between her fingers into the wood of the table”, Millington writes. Millington continues: “Whether the legend of their meeting is entirely true or not, it nevertheless epitomises their emotionally charged, creative and tumultuous nine-year affair.” While Weeping Woman—painted a year after that first meeting—might be seen as a representation of a complex relationship, Millington suggests that there were bigger ideas at play. “When the politically engaged Maar met Picasso, her left-wing views made a significant impact on him […] Increasingly sharing her sympathies, and following in the creative footsteps of Maar, Picasso became absorbed with the theme of human suffering in his work; and so it is through this lens that we must look at the Weeping Woman. We must also take into account his celebrated painting, completed just weeks before, Guernica.” Maar, who documented the painting of Picasso’s anti-war masterpiece in a series of revealing photographs, was also the model for the grieving mother at the far left of the canvas. Weeping Woman was painted a week later, with Picasso working “frantically” to complete his “exploration on the theme of human suffering”. Maar would later state that all of Picasso’s “portraits of me are lies. Not one is Dora Maar”.

Millington debunks a number of myths about Elizabeth “Lizzie” Siddall, the immortal muse of John Everett Millais’s famous painting, Ophelia (1851-52). “Was Siddall exploited, or did she embrace the role of muse for the Pre-Raphaelite Brotherhood [including most notably her husband Dante Gabriel Rossetti]?” the author asks. It was not just her flame-haired appearance that prompted artists to paint her. “The model inflected the multiple partnerships she entered into with her deep knowledge of and interest in art and literature, writing her own poetry as well as painting,” Millington writes. Meanwhile, in her feminist essay, The Role of the Artist’s Muse (2008), Germaine Greer writes that “a muse is anything but a paid model”—using the term as a euphemism for unpaid female labour. Millington refutes this, arguing that “in the case of Siddall, this is far from the truth; for her commitment to the Pre-Raphaelites, she was paid well. Initially, she modelled part-time alongside her job in a hat shop, but over time, she turned musedom into a profitable career on its own.”

“In 1650, the Spanish painter [Diego] Velázquez exhibited an extraordinary portrait at the annual art exhibition in Rome’s Pantheon. Depicted from the waist up, before a shadowy background, a dignified Afro-Latino man proudly holds one arm across his chest,” Millington writes. But there is more to this muse than meets the eye: “some time after 1631 De Pareja joined the Spanish painter’s studio as his enslaved assistant,” the author adds. So why did the artist render De Pareja with such gravitas? Perhaps Velázquez recognised the parallels between them, Millington says. “Just as his studio assistant worked for him, Velázquez existed in deference to the royal family, providing them with flattering portraits.” (The artist was court painter for King Philip IV.) After 1654, when Velázquez granted the enslaved man his freedom, De Pareja became a portraitist, depicting the architect José Ratés Dalmau and even royalty in the form of Philip IV.

“I never thought of painting until 1926, when I was in bed on account of an automobile accident,” Frida Kahlo once explained to her dealer Julien Levy. The Mexican artist is famed for her self-portraits, turning her gaze inwards and at the same time showing off her body battered by childhood polio, and possibly spina bifida, as well as a brutal bus crash aged 18 that broke her spinal column and several bones, and led to Kahlo having her leg amputated. With her ambition to be a doctor thwarted, Kahlo, who was “bored as hell in bed”, stole oil paints from her father and “started to paint”. Kahlo’s self-portraits—where she effectively plays the role of her own muse—often lay bare the trauma that her body underwent with an intimacy that is hard to imagine being achieved if depicting another person. In Henry Ford Hospital (1932), painted shortly after a miscarriage, Kahlo lies naked in a hospital bed soiled with blood and an umbilical-like string attached to a fetus and other objects around her. As well as painting part of the work in “the clinical manner of a medical illustration, Kahlo also narrates her subjective experiences as a patient”, Millington writes. On the floor is a purple orchid, reflecting a flower that Kahlo’s husband, the painter Diego Rivera, gave her, “while above her head soars a snail, which she later revealed was to symbolise the slowness of the miscarriage she had endured”.

One of the most poignant muses is Doreen Lawrence, whose son Stephen was killed by a gang of white youths in an unprovoked racist attack in south-east London in 1993. Lawrence inspired Chris Ofili’s 1998 depiction of a Black woman weeping pale blue tears, wearing a necklace made of elephant dung. Ofili says in the book: “This kid had been killed by white racists… the image that stuck in my mind was not just his mother but sorrow, deep sorrow, for someone who will never come back. I remember finishing the painting and covering it up, because it was just too strong.” Ofili has inscribed the words “R.I.P. Stephen Lawrence” beneath the layers of paint and dung. Millington argues that with No Woman, No Cry, Ofili explodes a trope: “that of the Strong or Angry Black Woman, popularised in films and TV shows”, such as Mammy the house slave in Gone with the Wind.

Want to Make Some Mind-Blowing AI Art at Home? DALL-E Is Now Freely Available to All Humans