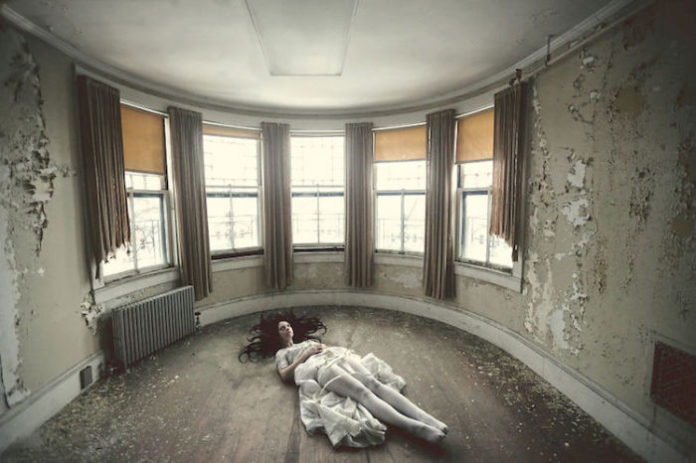 Recently, it has become very popular to shoot in abandoned places, where the man’s foot has not set foot a long time ago. Do not miss your chance and Karen Jerzyk, which turns old ruins into scenes from gloomy terrible fairy tales, populating them with marvelous, and sometimes completely eerie characters.
Not so long ago, Karen started working in the genre of portrait photography, but, as often happens, there was no money for renting a studio from a self-taught photographer, so the choice of places for the shooting had to be approached creatively. And so began her peculiar love of shooting in abandoned places. However, according to her own feelings, it seemed to her that something was still missing. After the death of her father, the girl experienced a great deal of stress and, having gone headlong into work, finally found herself. “At that moment, the images I created finally gained emotion, which was not enough. They became a direct reflection of all that happened and happens inside me. I not only learned to use the camera but also to see the elusive moments, feelings and ideas that I bring to life. And helped me in this wonderful people: models, stylists and makeup artists, without which I could not cope with the task set before me. Thanks to joint efforts, tremendous work was done, which led to an amazing result. Now I’m really satisfied with my work … “- says the photographer. The Expressions In Portraits By Amandine Comte