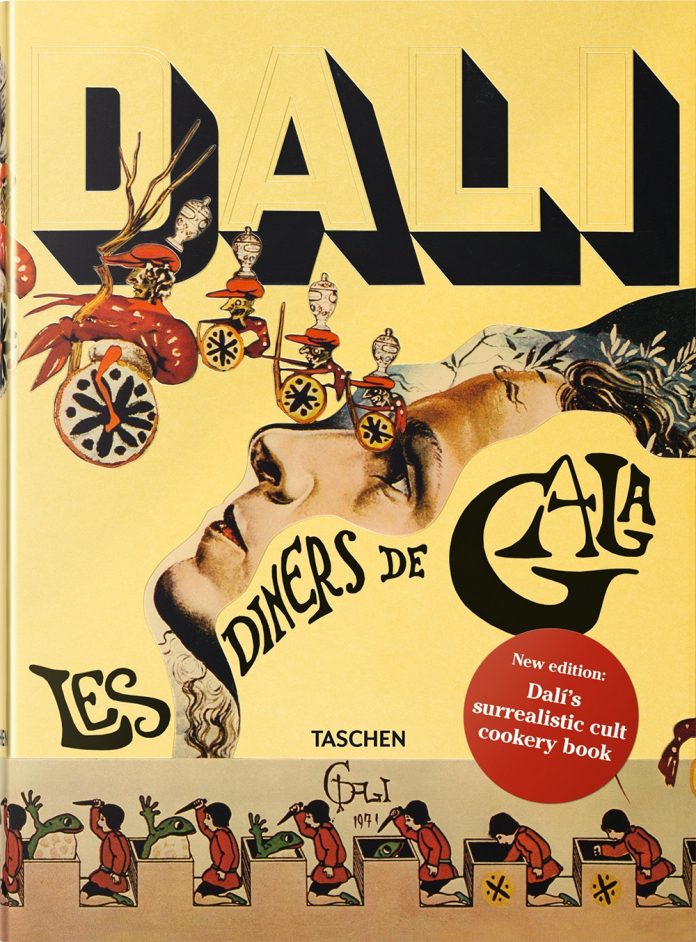 Salvador and Gala were the most extravagant couple of their time. Many things were said about them, but that was always the case – they aroused genuine, lively interest. It wasn’t the result of a social image. Unusual, shocking, and free was their real everyday life, everything they touched. 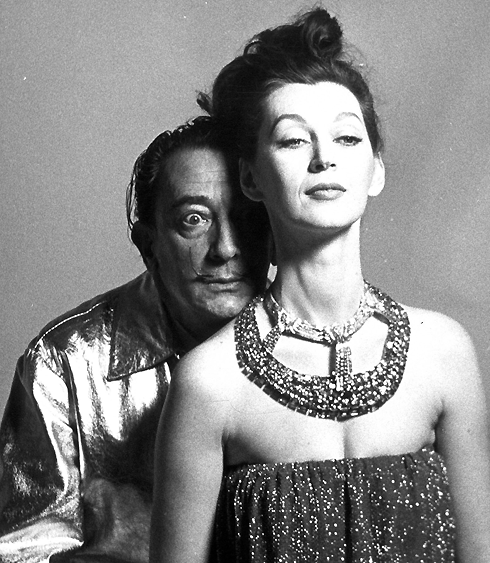 It is known that during the breaks between drawing, walks with an anteater, secular parties, and lectures in diving costume the genius of surrealism spent the lion’s share of his time with his muse and creative director (as we would say today), his wife Gala. Dinner parties were one of the couple’s favourite activities. And although they were mostly theatrical, no less important was the art of gastronomy. The couple surprised guests with all the novelties and new culinary delights. So was born the famous collection of culinary recipes Gala Dali, accompanied by the surrealistic art of Salvador. 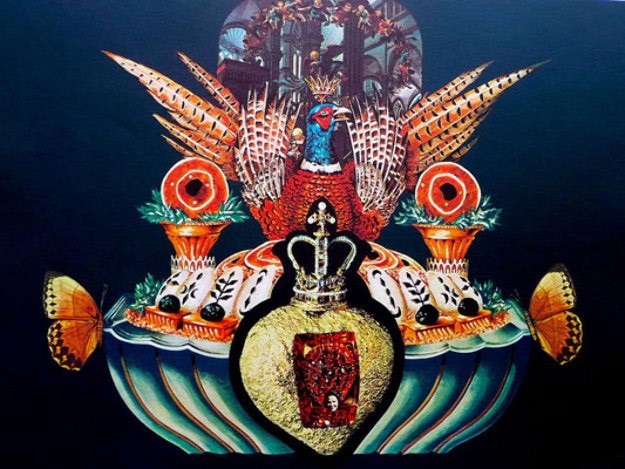 The book Les Diners de Gala was first published in 1973. On 322 pages 136 recipes from Gala were presented. Recipes were sorted into 12 different categories. Among the dishes that Dali included in the edition, “Calf Cutlets Stuffed with Snails”, “Thousand Years Eggs” and “Pies with Frogs”. It must be said that only illustrations were modernist in the edition, there are no culinary excesses or perversions. The artist personally wrote the preface to the book: “We would like to make it clear at once that all the recipes in Les Diners de Gala, with their descriptions and illustrations, are entirely devoted only to the pleasure of Taste. So do not look for diet foods here. We deliberately avoided schemes and tables in which chemistry would replace gastronomy. If you are one of the calorie counters that turns the joy of food into a form of punishment, close this book immediately; for you, it is too lively, aggressive, and bold. 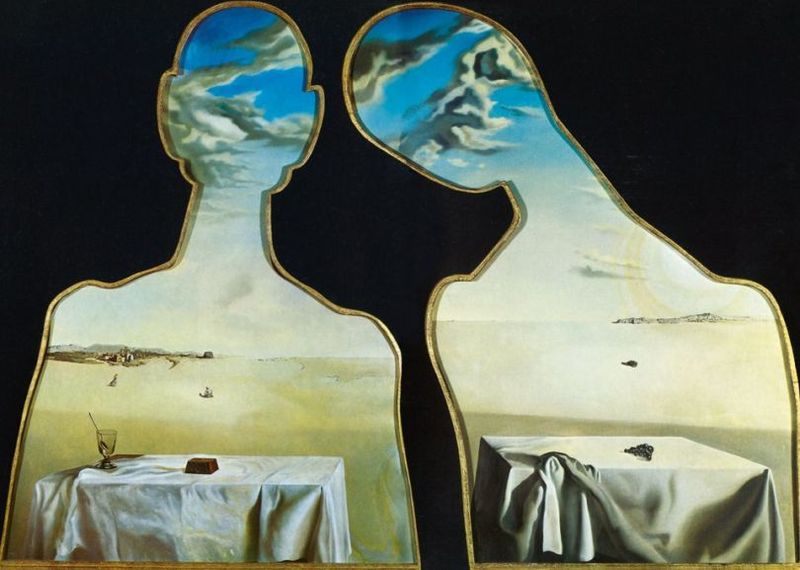 For today about 400 copies of the original editions have survived, and their cost ranges from two to several hundred dollars. German publishing house Taschen published a remake of the famous recipe book. It is freely available to anyone, you can order it already on the official website, the cost of the new edition promises not to exceed forty dollars per copy. 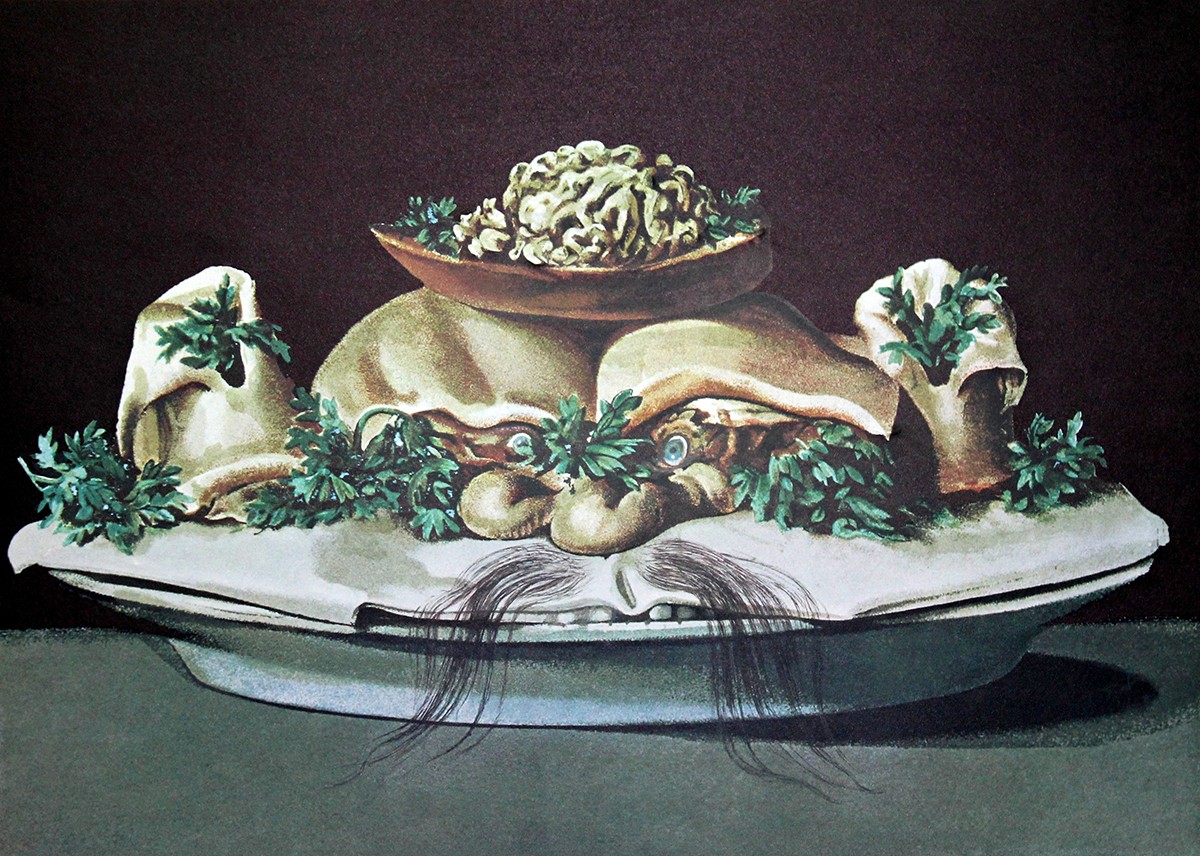 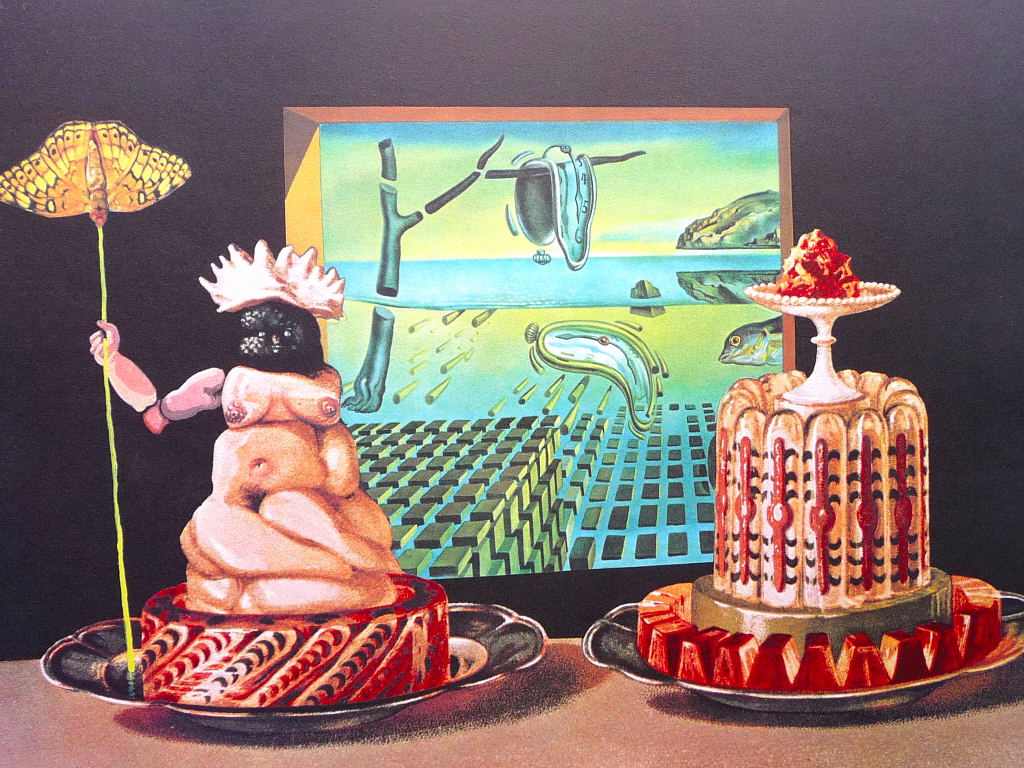 As noted, with the help of “Les Diners de Gala” Dali decided to realize his childhood dream of becoming a cook, and he dedicated the title of the book to his wife Gala, whom he called his main Muse and source of inspiration. Despite the unusual ingredients and original methods of cooking, many recipes included in Les Diners de Gala were invented in some of the best restaurants in Paris. 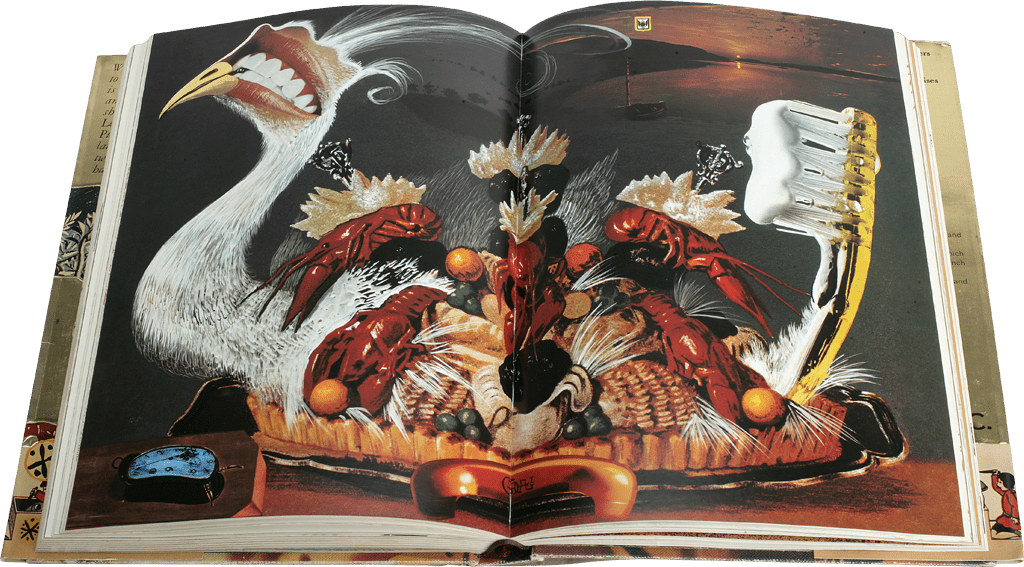 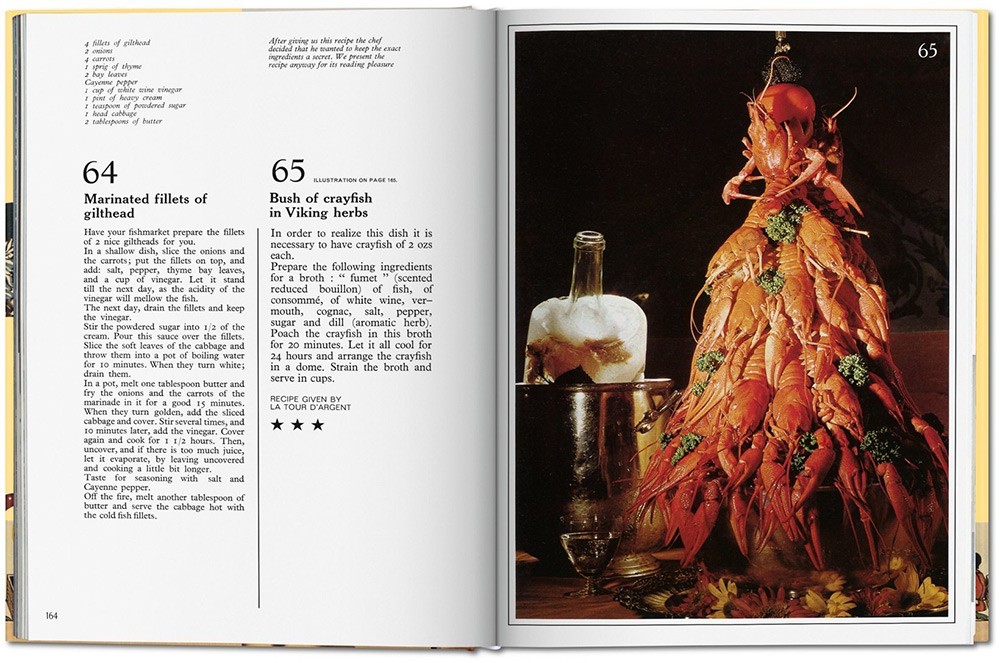 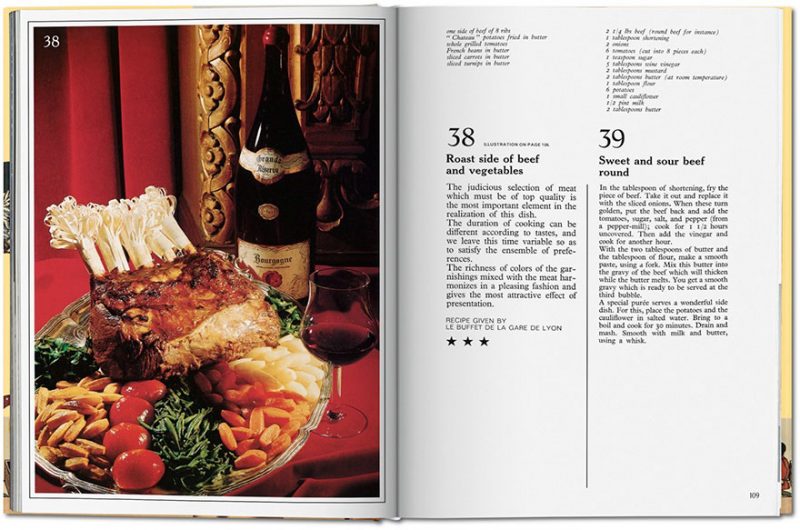 For the last 40 years, your chances of seeing this have been going to zero. No, there’s not a word about eating that to see the world through the eyes of a great provocateur. But it doesn’t make the rarity any less surprising. Chapter 10, for example, is devoted to aphrodisiacs created by real French chefs, whose names are shamefully not mentioned, 12 paintings by the master, and many graphic sketches. All recipes are accompanied by crazy illustrations and collages prepared especially for this edition. The mountains of crayfish going upwards, a sudden meeting of a swan with a toothbrush in a dessert recipe and portraits of Dali himself fighting with decadent tableware. 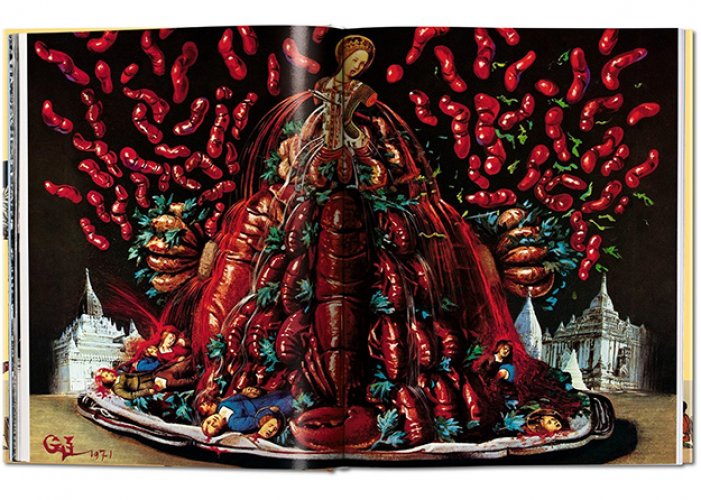 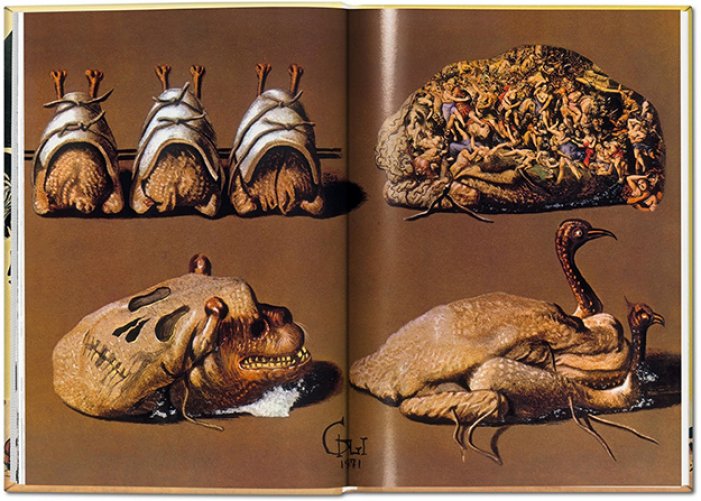 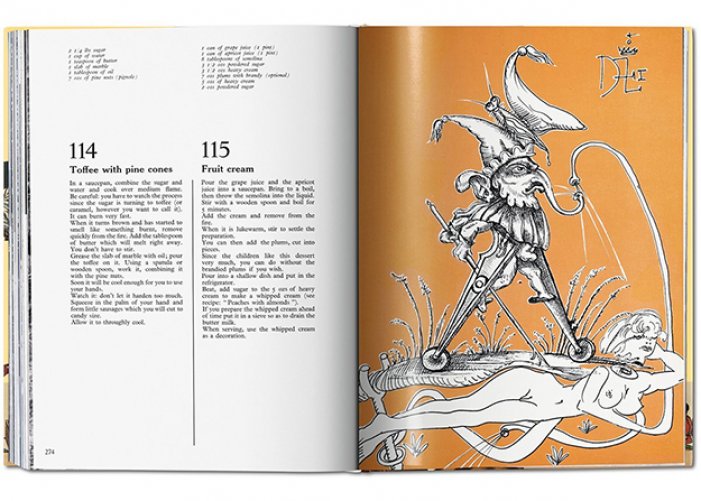 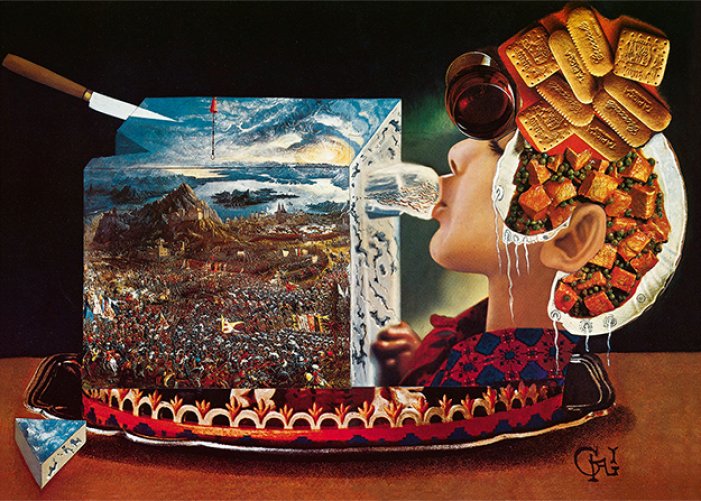 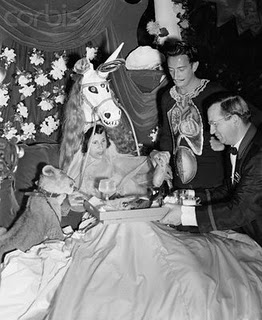 Dali is widely known for his sumptuous dinner parties, which he organized with Gala, theater in which there were almost no more than treats. Guests, mostly celebrities, were obliged to wear completely bizarre costumes, and among the tables often wandered freely wild beasts.
The video party “La noche en el bosque surrealista” or “Night in the Surrealist Forest”, which was held in 1941 at the Hotel del Monte in Monterrey, California, as a charity dinner for European artists expelled or displaced as a result of World War II. In addition, the Gala was dressed as a unicorn idling on a velvet bed, and guests – celebrities such as Bob Hope, Alfred Hitchcock, Bing Crosby and Ginger Rogers – were asked to wear costumes representing their dreams. 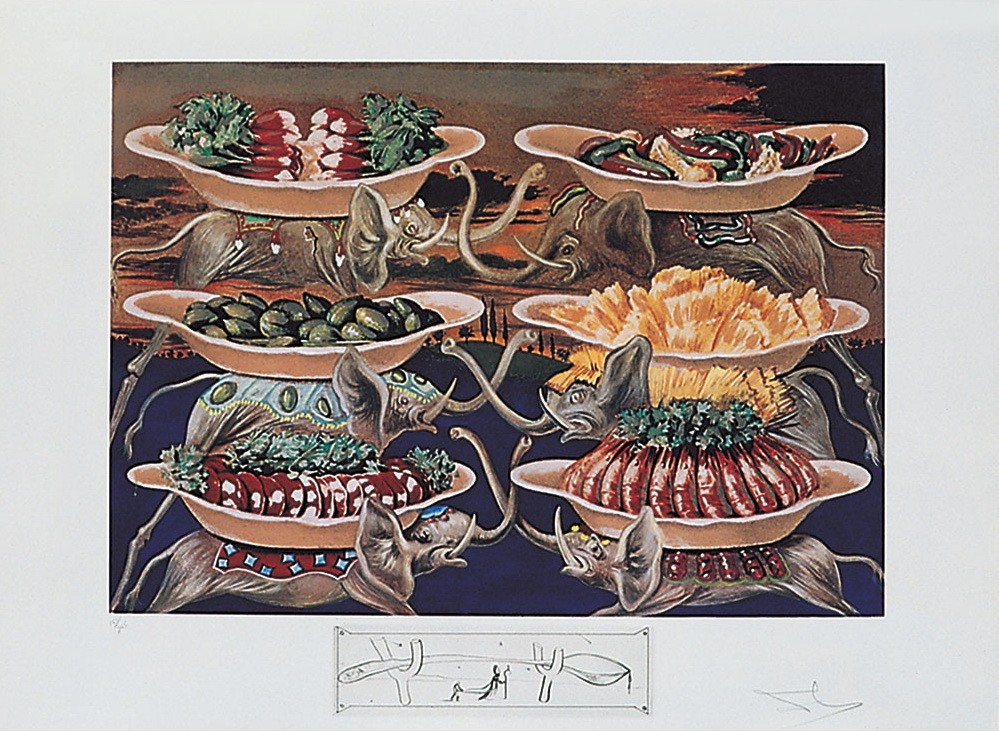 However, we are ready to give you some recipes so that you can make sure that, despite all his eccentricity, Dali was not deprived of a normal desire for epicureanism and hedonism.

Eel of the Rising Sun

6 slices of sea eel, 6 slices of fat bacon, 1 omentum (not necessary, but it will be beautiful), 12 small leaves of lettuce, 300g of fresh soybeans (can also be tinned), 6 tsp. thick cream, 1 tbsp butter, 1 tbsp flour, 1 tbsp curry, cayenne pepper.
First, prepare the pieces of sea eel by carefully removing the chord and ridge. Place pieces of eel on slices of bacon, trimming the eels along the length of the bacon. And all this on a slightly larger piece of the gland. Salt and pepper, lettuce a piece of lettuce, and 50g of soybeans for each piece of eel. Pour a little curry powder, salt, and pepper. Add a teaspoon of cream, cover with the second leaf of lettuce and wrap everything in an omentum.
In a large frying pan strongly heat up the butter, cook the pieces of fish on low heat for 40 minutes, periodically turning them over. Remove from the fire and put in the heat. Sprinkle flour on the pan and fry until golden, but do not let it turn brown. Add cream and curry and season to taste. Allow to drizzle a little and pour out the resulting eel sauce.

1 tsp orange juice, 1 tsp Campari Bitter (or another bitter vermouth), 1 tsp ginger, 4 tsp brandy, 2 tsp old aged brandy, 1 pinch of cayenne pepper.
Ideal for states such as fatigue, tiredness after work, or simply extreme sobriety. It is a well-proven recipe that meets all requirements. The special advantage of this product is that it does not have to make a sour face when you use it, as you would normally do when taking medication.
At the bottom of the glass, mix the pepper and ginger. Pour a bitter on top, then brandy and old brandy. Put it in the fridge, and even better, in the freezer. In thirty minutes, take it out and mix it with orange juice in a chilled glass. Drink… and wait for the effect. It will come quite quickly. 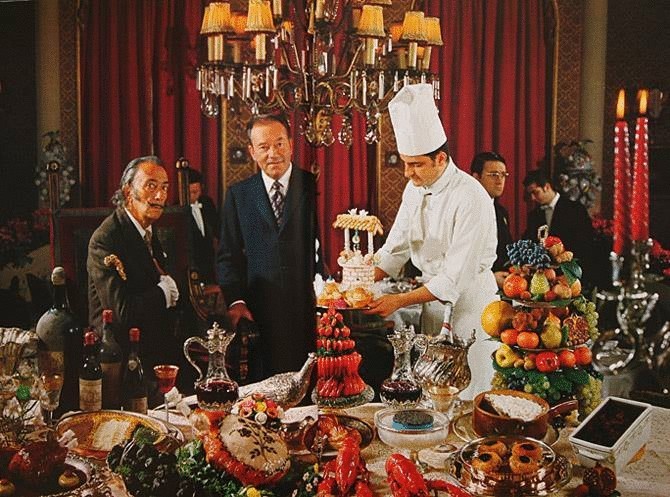 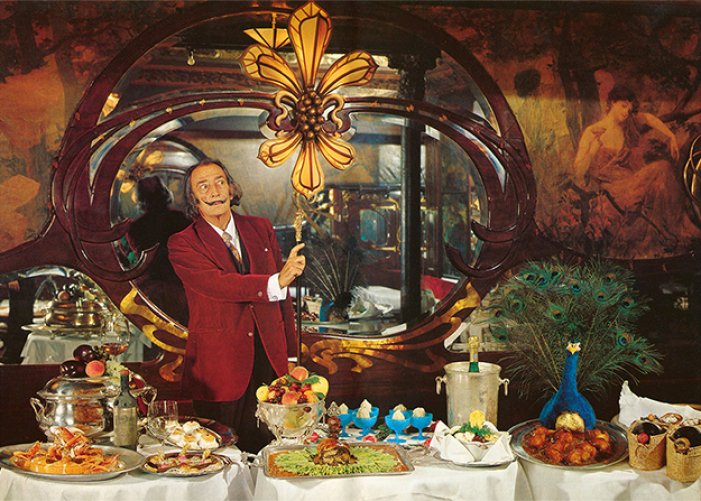 Six emerging artists to watch in 2017

Helen - August 10, 2020 0
Based on the letter "S" anachronistic print Seb Lester combines hundreds of characters into one decorated form. The metal-coloured font on black paper captures...