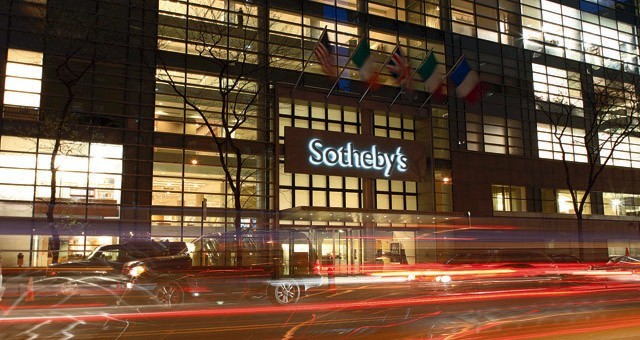 Sotheby’s annual fall art market of European Art will be held in New York on 21 November. The season is highlighted by a dedicated art market of The Art Treasures of America: The Collection of John F. Eulich, featuring paintings by Jean Béraud, John Emms, Gustave Jean Jacquet and many more. Together, the sales offer 120+ exceptional works of art that showcase the diversity of 19th century paintings and celebrate the grand tradition of collecting European works of art in America.

A renowned collector of Western American Art, which Sotheby’s had the privilege of offering at auction in 1998, Mr. Eulich also developed a great passion for the diverse schools and genres of the 19th century. The 56 exceptional paintings and sculpture on offer this November showcase the tremendous range of the period’s artistic traditions: sporting art, views of Venice, and scenes of Belle Époque Paris are all represented, highlighted by masterworks from Jean Béraud, Federico del Campo, Gustave Jean Jacquet, and Jean-Louis Ernest Meissonier, among many others.

The collection is led by Gustave Jean Jacquet’s masterpiece La Bienvenue (estimate $400/600,000). The impressively-large canvas was first exhibited at the Paris Salon of 1892 where it hung among military subjects by Édouard Detaille and Étienne-Prosper Berne-Bellecour, and re-appeared six years later at New York’s Brandus Gallery. It subsequently was acquired by John Warne Gates, a prominent American collector who made his fortune in the steel industry at the turn of the century. In 1923, his heirs lent the painting to the Art Institute of Chicago, where it remained on view until its sale at Sotheby’s in 2007, where is achieved the artist’s record price at auction.

Another highlight of the Eulich collection is Jean Béraud’s La Conversation (estimate $300/500,000). Formerly in the collection of Margaret Thompson Biddle, the painting is emblematic of the artist’s scenes of Belle Époque Paris, depicting a couple either having just returned from a ball or party, or about to go to one. With the balcony doors flung wide open – a ubiquitous architectural feature of the apartments in Haussmann’s Paris – Béraud deliberately brings the constant activity and drama of living in the city of light into the apartment.

Giovanni Boldini’s 1874 painting In The Garden (estimate $400/600,000) leads a group of nine works in the various-owner auction of European Art that are being sold to benefit the Endowment Fund of The James Prendergast Library in Jamestown, New York. While the earliest provenance of In the Garden has yet to be discovered, less than 20 years after it left the artist’s studio, it was recorded as sold by Knoedler to renowned Pittsburgh gallery J.J. Gillespie & Co. in 1891 for the then substantial price of $1,100. Gillespie was actively sourcing the era’s most important European art for The James Prendergast Library, where In the Garden has hung for more than a century.

This sale brings to light a work by Jean-François Millet that has been unseen in public for over a century. Calling Home the Cattle (estimate $250/350,000) has been unknown to scholars until its recent rediscovery, having descended through the collection of a single American family since 1891. While this particular oil on panel is a new discovery, the composition of a village herdsman calling together a small troop of cows is not new to Millet’s oeuvre. In fact, the motif has appeared in three known versions, the most recognizable one hanging today at The Metropolitan Museum of Art, New York. But with each new work, Millet reconsidered the spatial relationships among animals, man and landscape, and shifted the balance of his technical means as he worked to capture the effects of twilight.

When Was The Circus Born?