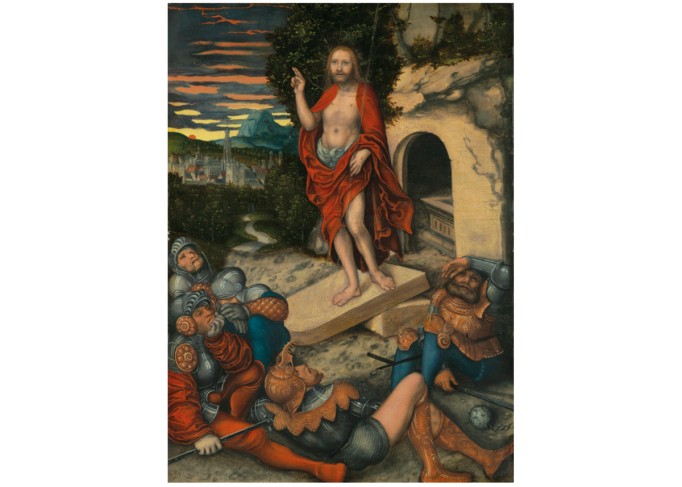 A religious scene by Northern Renaissance artist Lucas Cranach the Elder, sold under duress by its original German Jewish owner in the years leading up to World War II, will be put up for auction. It will be sold at the Christie’s New York Old Masters Evening Sale on April 22, as part of a settlement between Margaret Eisenmann’s heirs and the estate of American dealer and collector Eugene W. Thaw, who passed away in January 2018.

The Resurrection by Lucas Cranach (1530), measuring 21 3/8 inches by 15 1/8 inches, depicting Christ emerging from a stone tomb surrounded by sleeping soldiers, surfaced when Tou’s estate was reviewed by Christie’s for 2018 evaluation.

Part of the estate was sold in October of the same year for $ 2.2 million. At that time, Lucas Cranach was noted by the auction house specialists for further investigation of the origin, as it was believed that he had been plundered and entered in the German Register of Lost Works of Art.

It is nearly the most valuable painting sold in the remaining collection. It is expected to cost $ 800,000 to $ 1.2 million. Christie’s said that further investigation revealed that the original owner of the work, who lives in Berlin, Eisenmann inherited the work from her father-in-law.

She later sold it under duress as payment of a discriminatory tax known as the Jewish Wealth Tax or Judenvermögensabgabe, introduced under the Nazi regime in 1938. The tax required German Jews with an annual income of over 5,000 ringgit to pay the state 20 percent of their property.

According to Christie’s, archival materials indicate that after the sale of the painting, it was acquired by Hitler’s Reich Chancellery in Berlin, where his headquarters was located, and by the end of the war, he committed suicide. At the age of 75, Eisenmann was arrested and sent to the Theresienstadt ghetto in September 1942 and eventually killed in the Treblinka concentration camp.

Later, her estate was confiscated and auctioned off. After the war, in 1949, the Lucas Cranach painting reappeared at Sotheby’s in London. There, it was sent by dealers W. Lange, head of the auction house of the same name, known for his forced sale of Jewish property.

It was sold for £ 700. It later went through the hands of New York dealers Hugo Perls and Knoedler Gallery before Tau bought it around 1968. Eisenman’s heirs would later attempt to reclaim Cranach – first her only surviving son Gunther, then her grandson Percy Henschel, who survived the persecution after his grandmother and mother were killed.

No other works from the family estate could be found. 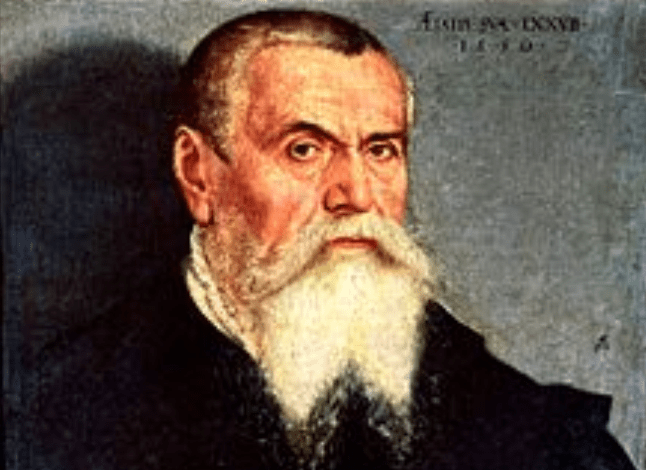 Lucas Cranach is the author of numerous portraits of his contemporaries, as well as paintings with subjects on biblical themes and genre paintings. The artist took part in the creation of the Danube School, head of a large art workshop, a supporter of the Reformation movement, a friend of Martin Luther.

Features of the artworks by Lucas Cranach

Paintings by Lucas Cranach as a reflection of the era

There is no exact data on the artist’s childhood years. Some sources claim that his father is unknown, and the surname of the young Cranach was Zünder. According to other sources, Lucas was born into the family of the artist Hans Mahler, who lived and worked in Upper Franconia in the city of Kronach.

It is believed that Lucas Cranach studied the basics of painting in his father’s workshop. His first drawings have not survived; the works of Lucas, created by the artist at the age of about 30, became public.

In the early 1490s, young Lucas Cranach, then an aspiring artist who was still unknown to anyone, set off on a journey through Germany. Then there was Palestine, and in 1501 – Vienna. In the Austrian capital, the painter spent two years studying the work of Albrecht Durer. There, he wrote his first surviving works with a recognizable autograph.

Among them – the canvas “Adam and Eve”, which for a long time was attributed to the authorship of Durer: Cranach was so fascinated by the works of the great German that he used the master’s composition of the same name to create his own version.

Moving to Wittenberg at the invitation of Frederick the Wise in 1504 brought Cranach the title of court painter and fame: he painted portraits of courtiers and other paintings, including the Crucifixion. By depicting the Savior ascended on the cross over the ground drenched in blood and spring floods against the background of dark thunderclouds and dry branches, the artist managed to convey the entire tragedy of what is happening, which at the same time leaves hope for salvation after death and forgiveness of sins.

As an artist, Lucas Cranach from the early 1500s demonstrated amazing skill, combining contrasting bright colors and using techniques unusual for the time. So, depicting Mary on the canvas “Rest on the Flight to Egypt”, he draws her spacious robes in the form of a shell as if protecting her mistress. The calm posture of Joseph, who is resting, leaning against a tree, contrasts with the numerous figures of fussy angels who surrounded the little Christ.

1508 was a turning point for Lucas Cranach the Elder: he visited the Netherlands, and after returning to Wittenberg he received the title of a nobleman and the position of head of a large art workshop. Under his leadership, 10 young masters worked who helped to paint, illustrate books and sell them. Over time, the workshop began to bring considerable income: Lucas Cranach became so rich that the townspeople began to consider him a respected person and were repeatedly elected to the post of the burgomaster of Wittenberg. During this period a portrait of Charles V, the canvas “Venus and Cupid”, the altar of St. Catherine was created.

A great source of inspiration for Lucas Cranach the Elder was the work of da Vinci. Lucas was the first painter of Northern Europe to dare to depict the goddess Venus naked – before that, only Eve could appear in such a form in paintings. Such a bold interpretation did not meet with condemnation from the public: Cranach was still popular, taking orders for portraits, paintings on ancient and biblical themes, and idyllic landscapes.

Canvases by the artist Lucas Cranach adorned the palaces of the nobility and the houses of the wealthy townspeople. Today, paintings by this genius artist adorn the halls of museums such as the Hermitage, Dresden Gallery, Leipzig Museum, Stuttgart Gallery, Old Pinakothek (Munich), etc. In 2015, his painting “Mouth of Truth” was sold at Sotheby’s for 9 million 300 thousand pounds.