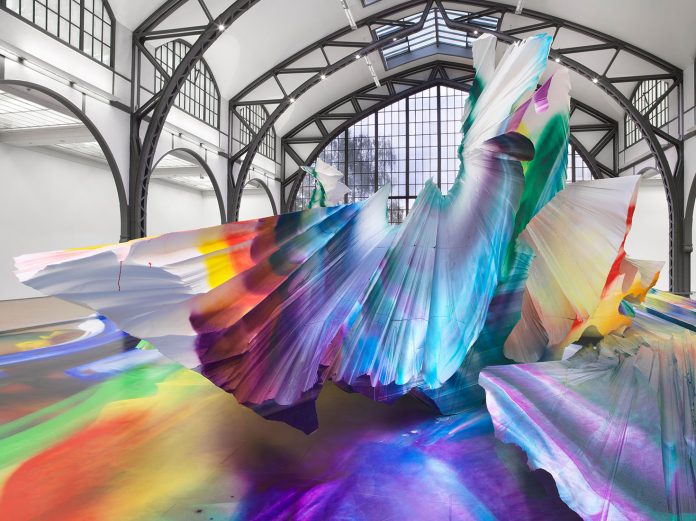 German artist Katharina Grosse (b.1961) turned the Historical Hall of Berlin Museum of Modernity and the open space behind the building into a total picture.

Katharina Grosse is known for her multi-dimensional picturesque worlds in which bright colors permeate walls, ceilings, objects and even entire buildings and landscapes. Her work It Wasn’t Us (“It’s not us”) in Hamburger Bahnhof – Museum für Gegenwart, which is a branch of the New National Gallery of Berlin Museum of Modernity, explodes the boundaries of museum space with a grandiose and colorful gesture.

Paintings by Katharina Grosse can appear anywhere: on a rubber boot, on an egg, on wrinkled fabric folds, along the railway line, on the beach, in the snow, on a sculptural form, on the facade, and on the roof. Her large-scale works are multidimensional picturesque worlds, in which color permeates the entire surrounding space. Central to Grosse’s artistic practice is the idea that painting does not only take place on the canvas, but can also penetrate into all facets of our environment.
The artist worked on this large-scale installation for several weeks: the composition stretches across the Historical Hall, into a vast area behind the museum, and finally ends on the facade of the Rickhallen, which became part of the museum complex in 2004.
At the final stage, full-scale parts of the sculptures were moved to the museum hall and assembled by a team of workers. For several days, Grosse used hot wire to manually create dents and small grooves on fragile objects. After that, they were covered with dynamic color strips, which were applied layer by layer with a spray gun.
The artist comments on the current coronavirus crisis when she was preparing for the exhibition: “Of course, I did not think about the pandemic when I thought about the name of the exhibition. But now, more than ever, we realize that we cannot avoid responsibility. Every action has a reaction, and everything is interdependent. The system can get out of control with the slightest change. It applies to both the image and the real world. The exhibition was prepared for two years and is currently the largest such work of an artist in Europe.

• Historic Hall of the Hamburger Bahnhof, until January 10, 2021 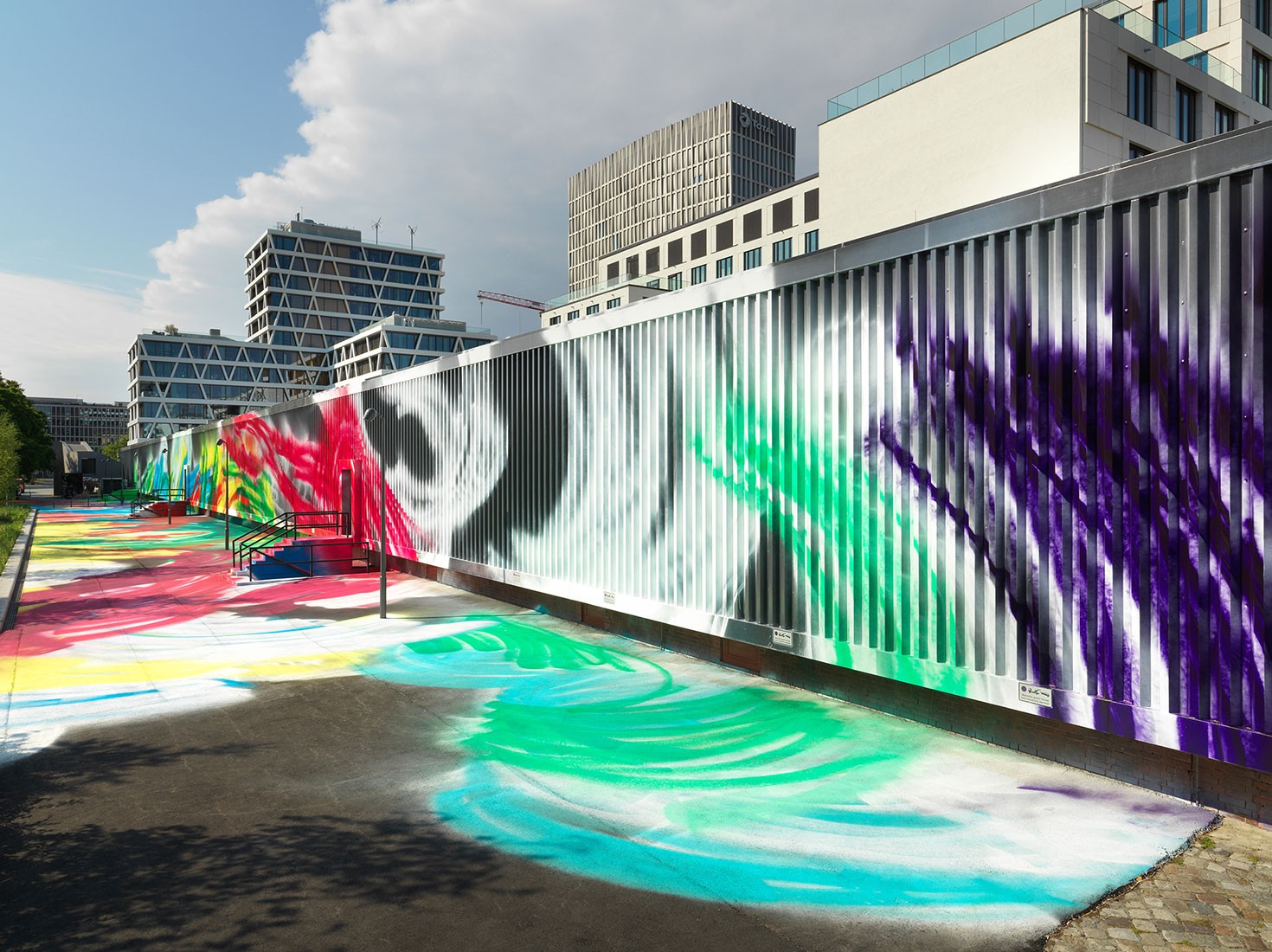 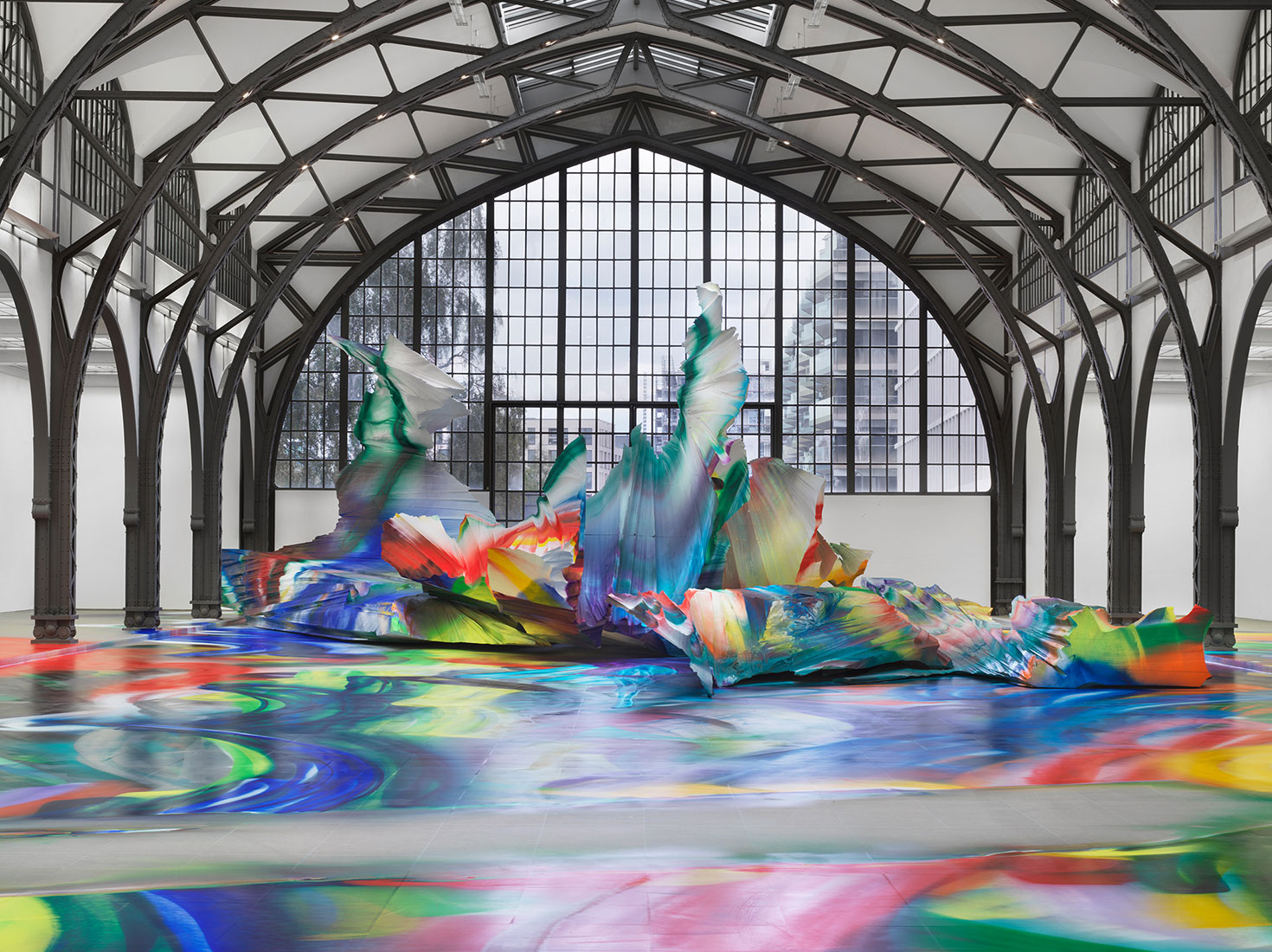 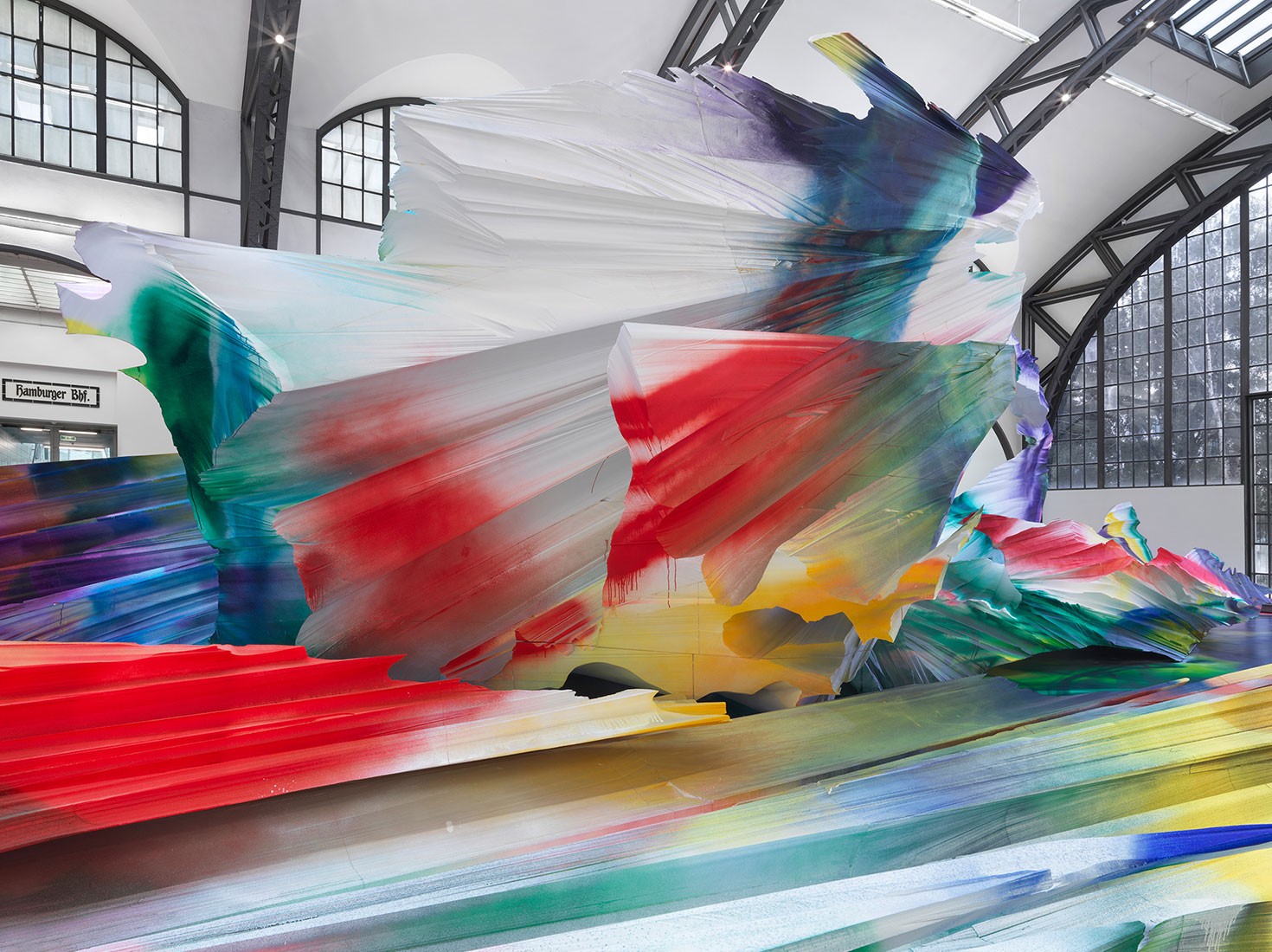 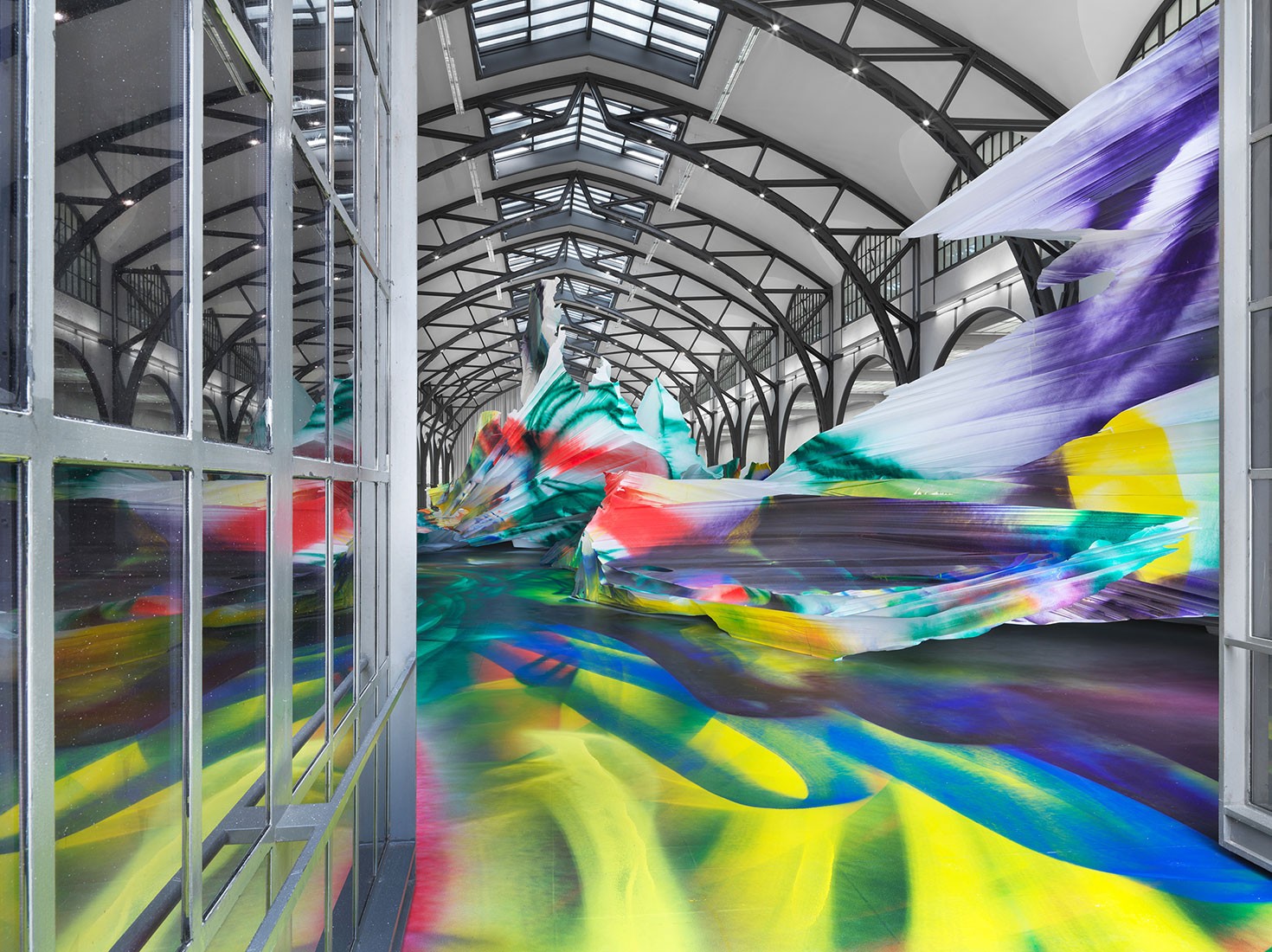 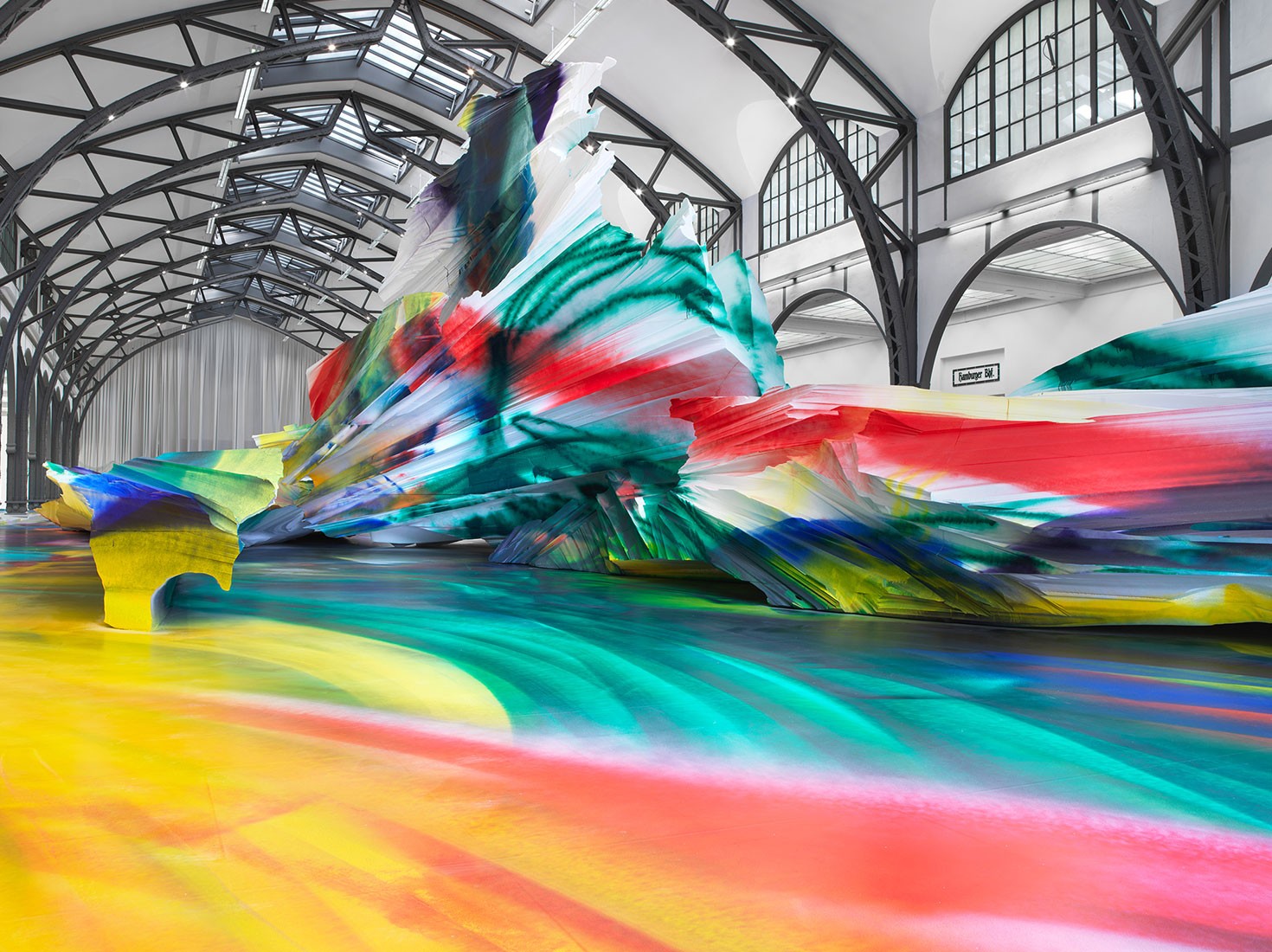 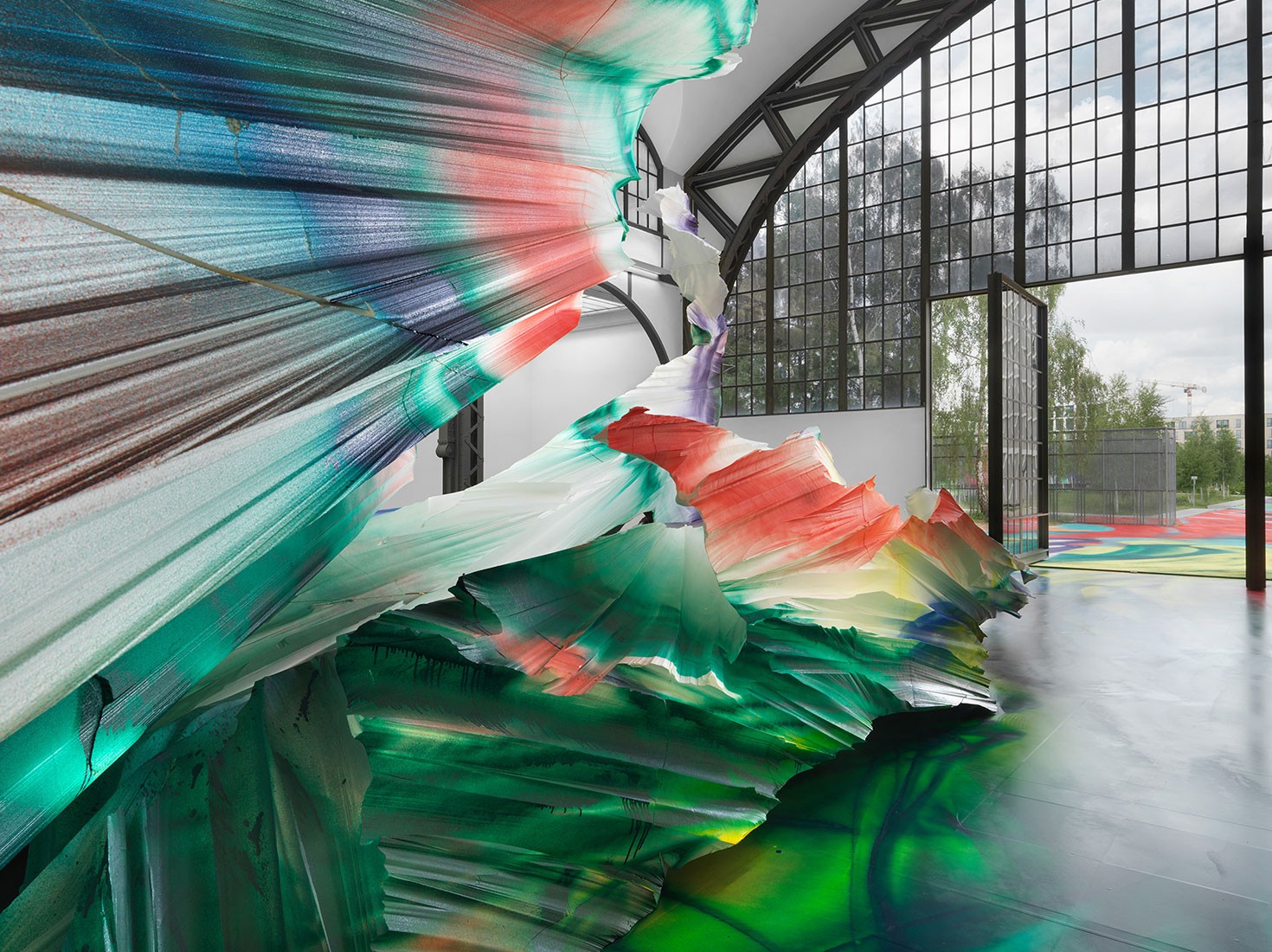