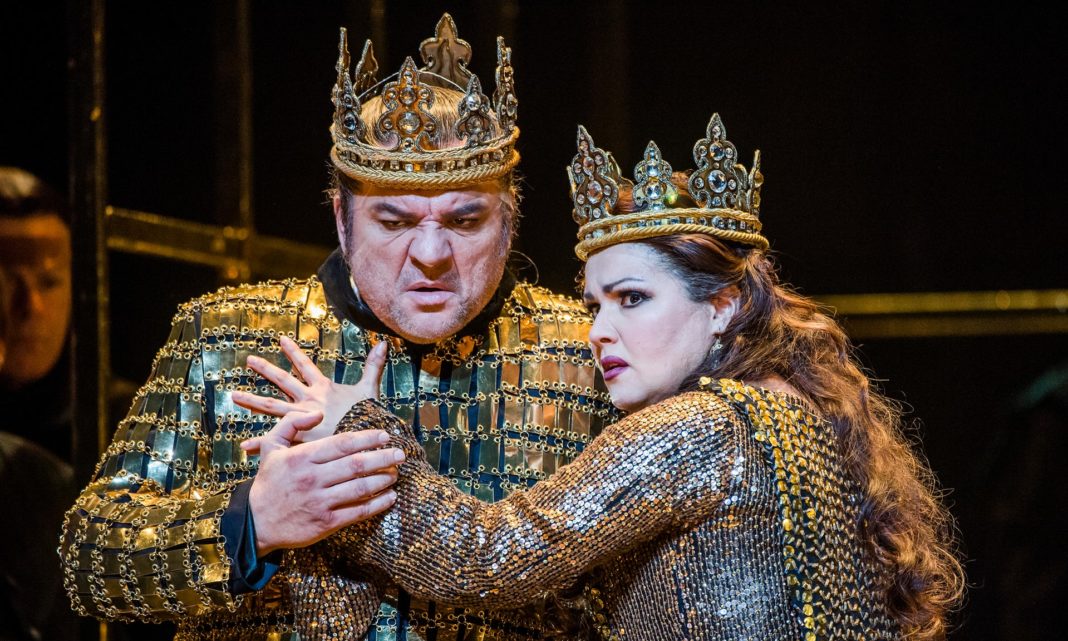 Macbeth, in one form or another, seems almost ubiquitous at present, and the Covent Garden revival of Phyllida Lloyd’s 2002 production of Verdi’s opera comes hard on the heels of new stagings of Shakespeare’s play by the National Theatre and the Royal Shakespeare Company. Though Lloyd’s take on the work has more than its fair share of irritations, the revival, conducted by Antonio Pappano and wonderfully well cast, is, for the most part, musically formidable.

The Macbeths are played by Željko Lučić and Anna Netrebko, both giving interpretations of considerable power and insight.

Lučić doesn’t quite convince as the military man at the start, but his performance gains in stature as ambition and conscience gradually corrode Macbeth’s mind and integrity. The introspective lyricism of his singing in the first two acts contrasts with Netrebko’s ferocity. Her voice has darkened and gained in amplitude of late without losing its agility, and her vaunting, thrilling coloratura is at once the expression of her own steely fixity of will and the weapon with which she incites her husband to murder.

The turning point comes after the appearance of Banquo’s ghost. When Lučić launches Sangue a Me, a touch of metal creeps into his tone precisely at the point when the steel begins to drain from Netrebko’s voice. He keeps us just the right side of empathy as he descends into authoritarianism: Pietà, Rispetto, Amore is really moving as an expression of the last vestiges of his humanity as the final catastrophe approaches. Netrebko, meanwhile, gives us a remarkable Sleepwalking Scene, in which singing and acting fuse in a genuinely harrowing depiction of mental disintegration. 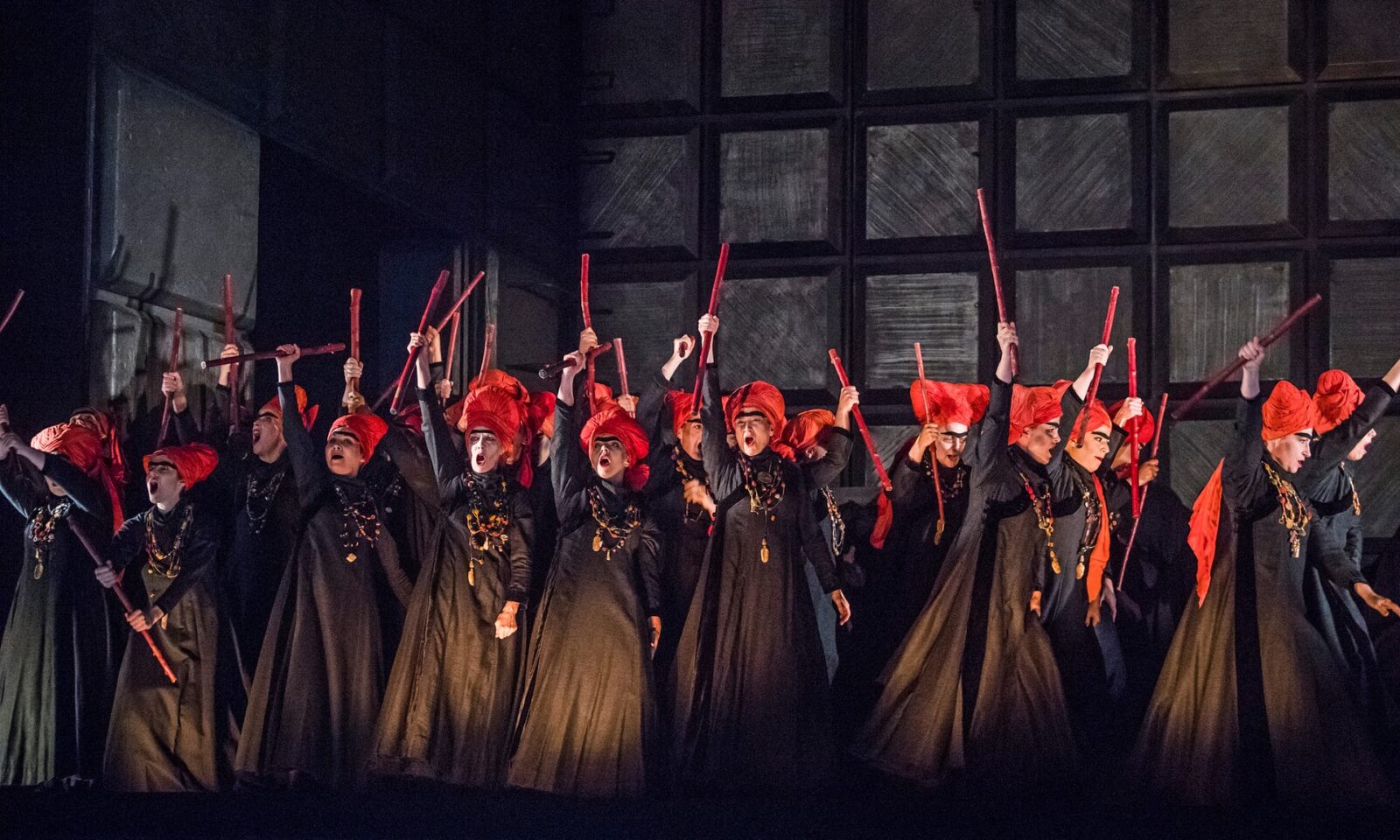 There are tremendous things elsewhere, too. After a low-key start, Pappano slowly ratchets up the tension to near breaking point, and the baleful orchestral sound, all implacable brass and slithery woodwind, really gets under your skin. The Royal Opera Chorus are on tremendous form at the moment: the refugees’ scene at the start of Act Four really hits home as one of the great passages in the score. Yusif Eyvazov, meanwhile, makes an excellent Macduff with his dark tone and intense way with words. Bass-baritone Ildebrando D’Arcangelo is the handsome-sounding Banquo, though the role lies fractionally low for him.

It’s a shame, however, that Lloyd’s staging sometimes gets in the way. The witches control the action throughout as impersonal agents of a malign destiny. In addition to their prophetic function, they take Macbeth’s letter to his wife, form Duncan’s entourage on his arrival in Dunsinane and engineer Fleance’s escape from the assassins, before finally homing in on Konu Kim’s Malcolm as their next victim, all of which muddies the examination of the relationship between fate and free will that informs the opera as it does the play.

Elsewhere, the symbolism is heavy-handed. Returning from the battlefield, Lučić, in a chilling moment of prescience, washes his hands at a faucet, which remains on stage throughout, and later sloshes water, at times noisily, whenever anyone does something incriminating.

Political power, meanwhile, is represented by a gilded cage that effectively imprisons those who wield it. It’s all a bit clunky. You need to hear it, since much of this production is astonishing, but you also need to make allowances, at times, for what you see.

The Magical Sculptures of the Sorcerer