Home Auctions British Photography from the Collection of Jeffrey M.Kaplan 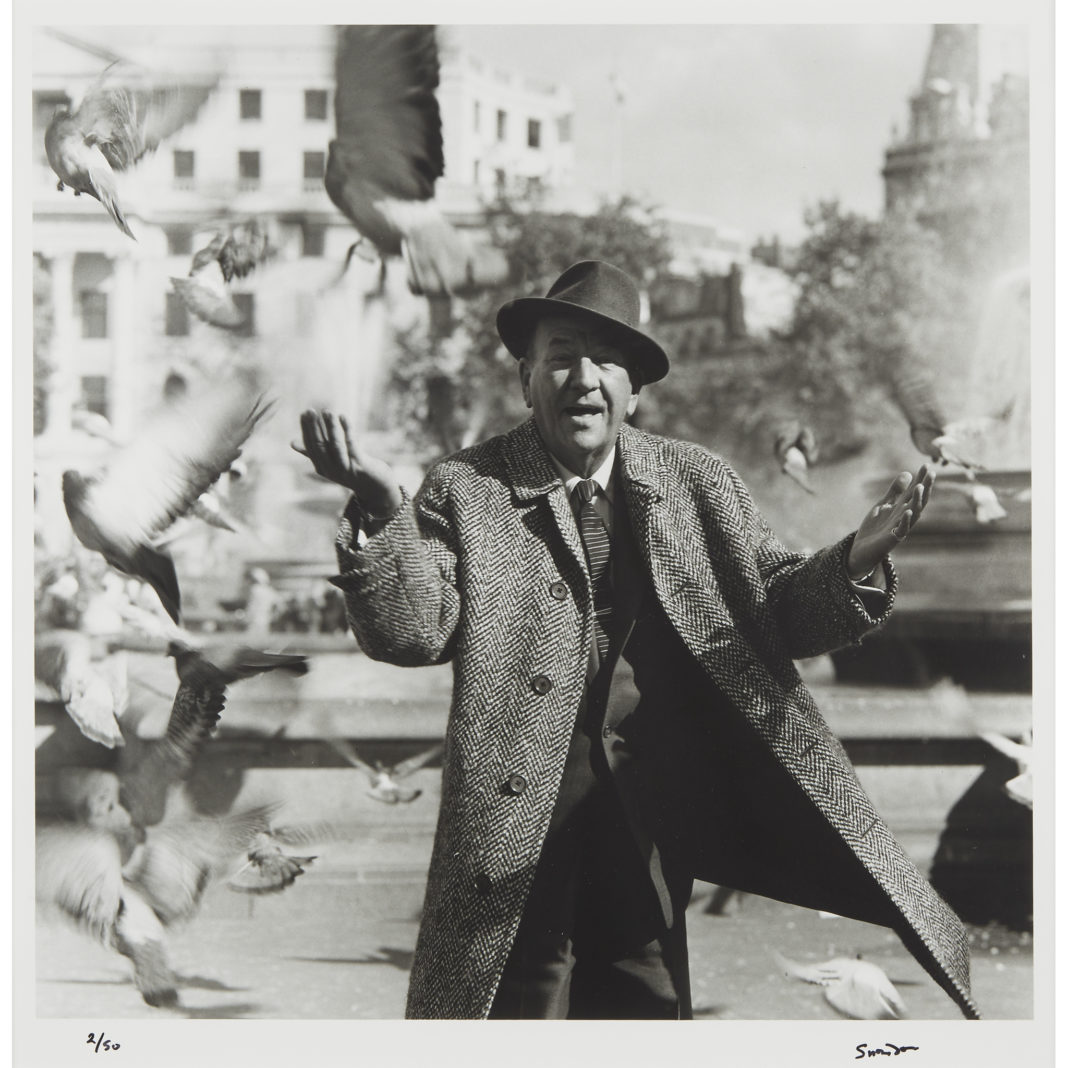 A true renaissance man, Jeffrey M. Kaplan’s life and experiences have led him to pursue many areas of collecting, rather than limiting himself to a specific genre or medium. As a result, he has assembled an extensive and eclectic collection that spans centuries and continents, including European prints, Chinese ceramics, 20th century design, and American modernist works on paper.

In April of 2017, Freeman’s offered close to 500 items from his collection in a single-owner sale appropriately titled “1,000 Years of Collecting.” The auction was held in two sessions, and sold 99% by dollar and 96% by lot, totaling over $1.2 million in sales.

On May 8, as part of our spring Modern Contemporary Art auction, Freeman’s will present an additional selection of artwork from a collecting category Mr. Kaplan amassed with great passion: British photography, of the 1950s and 1960s. The artists featured here are some of Britain’s most well-recognized photographers and their work has come to define the visual culture of the 20th century, both in the United Kingdom and beyond. Their photographs, which have graced the pages of iconic publications such as The Sunday Times, British Vogue, Queen, and Harper’s Bazaar, showcase their quintessential interpretation of fashion, celebrity, and landscape through the British lens.

Terence O’Neill was born in London in 1938. He quickly found his niche in the world of fashion and celebrity that so dominated the English capital in the 1960s. O’Neill photographed many famous subjects, most of whom he knew personally, such as pop legends like The Beatles, Elton John and The Rolling Stones, as well as film icons Audrey Hepburn and Brigitte Bardot. O’Neill is best known for the spontaneous, casual and candid nature of his photography, which he achieved with a 35mm camera that required less distance and a higher degree of intimacy between him and his subjects.

Born in the Hampstead neighborhood of London in 1904, Sir Cecil Walter Hardy Beaton was a renowned photographer, as well as an award-winning theater, costume and interior designer. Beaton began working as a photographer for British Vogue in 1927, and was later appointed by Queen Elizabeth II to the Ministry of Information, where he served as a war photographer during WWII. He frequently photographed the Queen and other members of the Royal Family, and it is his portraits of celebrities and the aristocracy for which he is best known. Beaton received Knighthood in 1972. (Lots 83-85, 87, 90)

Terence Donovan was born in the East End of London in 1936, and first experimented with photography at the age of 11 when he enrolled in the London School of Photo-Engraving. Along with photographer Brian Duffy (Lot 124),Donovan was instrumental in documenting the cultural and fashion movement which occurred in London in the 1960s, known as ‘Swinging London.’ His close associations with prominent actors, musicians, and royalty elevated Donovan to a celebrity status of his own.

Donovan was known for the irreverent and sensual quality of his photographs, which were regularly featured in publications such as Vogue and Harper’s Bazaar. Often choosing to capture his models in offbeat locations, such as the war-ravaged streets of London, or in industrial settings, against steelworks and iron bridges, his gritty black-and- white style sometimes resembled reportage more than fashion photography. This new visual language
was unlike anything that came before and eventually earned him the highest
distinction of Fellow in the Royal Photographic Society. (Lots 91-93, 96, 98)

Brian Duffy was born in London in 1933 into an Irish family. Despite a childhood marred by the upheaval and uncertainty of WWII, coupled with a resistance to formal schooling, Duffy entered Saint Martin’s School of Art in 1950 to study painting. Upon graduating, he worked briefly as an assistant to a fashion designer before transitioning to photography, and later as a studio assistant to other established artists. Duffy was hired by British Vogue in 1957, and, alongwith photographer Terry Donovan, photographed the fashions and celebrities of the ‘Swinging Sixties’ in London. (Lot 95)

Anthony Armstrong-Jones was born in 1930 into the aristocracy, the son of a barrister and the Countess of Rosse. An established fashion photographer and portraitist, he served as the art adviser for The Sunday Times Magazine, and his work was regularly featured in Vogue and the Daily Telegraph. In 1957, he photographed the official portraits for both Queen Elizabeth II and the Duke of Edinburgh for their Canadian tour. It was through his marriage just three years later to the Queen’s sister, Princess Margaret, that he was granted the title Earl of Snowdon, which he would use professionally for the rest of his career, despite the couple’s divorce in 1978. (Lots 106-109, 112)

Patrick Anson, known professionally by the name of his inherited earldom, Lichfield, was born in 1939. After serving in the British Army for three years beginning in 1959, Lichfield started his career as a photographer’s assistant before establishing his own reputation independently. He championed digital photography, adopting the medium quickly and pioneering its eventual acceptance as the professional standard. Known for his portraits of high society, Lichfield’s aristocratic upbringing—his mother was Princess Anne of Denmark—afforded him access to the British Royal Family. He was the official photographer at the wedding of Prince Charles and Diana Spencer in 1981. (Lots 94, 100, 103)

Born in London in 1912, Edwin Smith was a prominent photographer and artist. Beginning in 1935, he was a freelance photographer for Vogue, yet his interests ultimately lay outside the glamorous realm of fashion and celebrity. The son of a stonemason and an architect by training, he was more fascinated by the English landscape and craftsmanship of its architecture. Lured out of the capital city into the countryside, Smith toured the nation photographing small mining communities, cathedrals and abbeys, farm yards, docks and follies. (Lot 113)

Expedition photographer Herbert Ponting was born in Wiltshire, England, in 1870. He was already an established photographer, having traveled extensively throughout Asia and Europe as a professional photojournalist, when he embarked on a three-year expedition to Antarctica. In 1911, he joined the Terra Nova to Cape Evans, Ross Island, where he took glass-plate photographs and short movies—called cinematopgrahs, at the time—of the barren, hostile tundra. Ponting’s work captures the southernmost tip of the globe during what is considered to be the “Heroic Age of Antarctic Exploration.” (Lot 114)