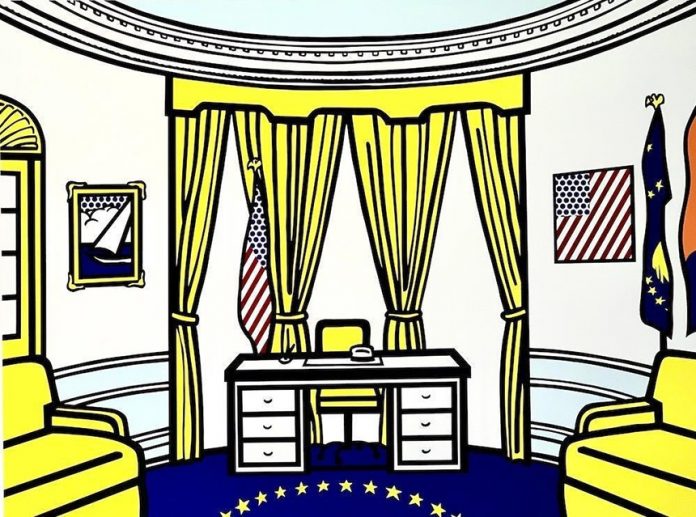 The American auction house Neue Auctions announced the top lot in the upcoming auction of fine and decorative art “What’s Neue, Pussycat?” – a printed work by Roy Lichtenstein. A rare painting by Roy Lichtenstein is estimated at $50,000.

The experts are sure that the work called “The Oval Office” can lead the bidding. The political painting was commissioned as part of the “Painters for Freedom of Expression” project for the benefit of the National Committee of the Democratic Party during the Clinton/Gore 1992 campaign. It was later chosen as one of six commemorative inaugural posters.

Despite its vivid political context, the work is in a recognizable style for Liechtenstein and includes both the style of American comic books and the dotted manner of drawing. Experts report that the work is still in excellent condition.

The beach installation by Snarkitecture in Milan, Italy